Thursday is Waitangi Day, a day to commemorate the 1840 signing of New Zealand’s founding document, the Treaty of Waitangi.

Here are some of the key events remembering the signing, that took place on February 6th, 180 years ago. 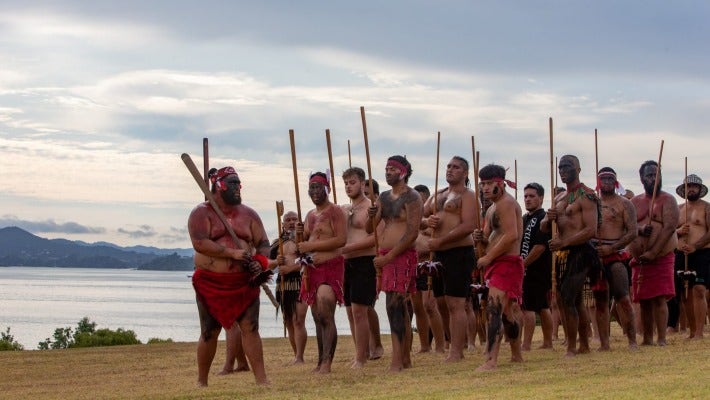 The Ngāi Tahu waka, Kōtukumairangi, will be paddled on the Ōpara River as part of the event hosted by the Okains Bay Māori and Colonial Museum

The event is the museum’s 45th consecutive celebration of Waitangi Day, the longest-running commemoration in the South Island.

Other activities will be on throughout the day, including flax weaving and a session for children to make string and mats using tī kouka (cabbage tree) leaves.

There will be a hāngī to feed more than 900 people and a citizenship ceremony hosted by Christchurch Mayor Lianne Dalziel.

In town, the Christchurch Art Gallery is hosting a free event with arts, crafts, and Māori animated short films.

The event will let people learn about working with flax from local weavers and craft their own mini-kahu pepa (paper cloaks) with feathers.

Two films made by Māori artist Lisa Reihana will be shown.

Victoria Square will host a festival starting at 10am, with waka rides, food stalls, arts and craft, and live entertainment.

In Kaiapoi, an event will be held at Trousselot Park from 10am to 2pm. It features kapa haka and speeches from local schools, and entertainers.

In Dunedin, commemorations are being held at Ōtākou Marae, one of three sites where Ngāi Tahu signed the Treaty of Waitangi.

The event organisers said there would be entertainment, and food and craft stalls.

The day begins at 10am with a pōwhiri and theme is waitohu, which acknowledges the signatories who signed the treaty on behalf of Ngāi Tahu.

Historian Bill Dacker will host a Treaty of Waitangi walking tour, starting at 10.15am at Toitū Otago Settlers Museum.

This year, the 11th iteration of Nelson’s International Kai Festival will take place at Whakatu Marae.

There will be a range of traditional and international foods, as well as a pōwhiri at 11am.

Later in the evening, Nelson’s Founders Heritage Park will screen the movie ‘Poi E’, the story of the iconic Pātea Māori Club song.

In the afternoon, there will be celebrations at Takahanga Marae, starting with a pōwhiri at 1pm.

After that, there will be food, music, whānau games and more history of the treaty.

The day includes history about the treaty and fun activities for the whole whānau.