Skip to content
Home
Uncategorized
What Is Waitangi Day?

What is Waitangi Day?

Waitangi Day is a public holiday in New Zealand that is celebrated annually on the 6th of February. It’s to commemorate the Waitangi Treaty, signed in 1840.

What is the Treaty of Waitangi?

The Waitangi Treaty is often called the ‘founding document of New Zealand’. It’s an agreement made in 1840 between representatives of the British Crown (England and The Queen) and many of the Māori chiefs. The Treaty is named after the place in the Bay of Islands, where the treaty was first signed. The Treaty is written in two languages, Māori and English.

When did Waitangi Day first become a holiday?

Waitangi day was first commemorated in 1934, however it was not declared a public holiday until 1954. It was known as New Zealand Day until 1976, when it changed to Waitangi Day. 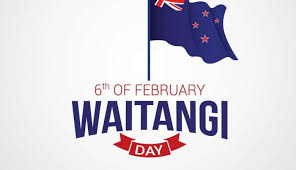 How is Waitangi Day celebrated?

Events are held across the country to commemorate Waitangi Day. At Waitangi, there are Māori cultural performances. There are speeches from Māori and New Zealand dignitaries. Throughout the country, many festivals and concerts are held in urban centres, while re-enactments of the signing are performed to educate younger people of all cultures.

Twinkl has a range of resources about Waitangi Day that you can use to support your teaching.

You could start off your lesson with How to Celebrate Waitangi Day PowerPoint. It covers the history of the day, and includes suggestions for how you can celebrate it today.

One way that you could celebrate is by playing this Waitangi Matching Game. It’s a bingo-style game where children have New Zealand-shaped boards and take turns to reveal the cards. If they match, they keep it, but if not, they return it and the other players take their turns.

Why not decorate your classroom with these Waitangi Display Cut-outs? There are pictures of the Treaty Grounds, Treaty House, Hōne Heke, Tāmati Wāka Nene, Captain Cook and more.