In New Zealand, Waitangi Day commemorates the signing of the Treaty of Waitangi in 1840 between the British colonists and representatives of many of the Maori tribes.  It is our national day, but I wouldn’t always describe it as a celebration – more of a day to reflect on national identity and cross-cultural relationships. 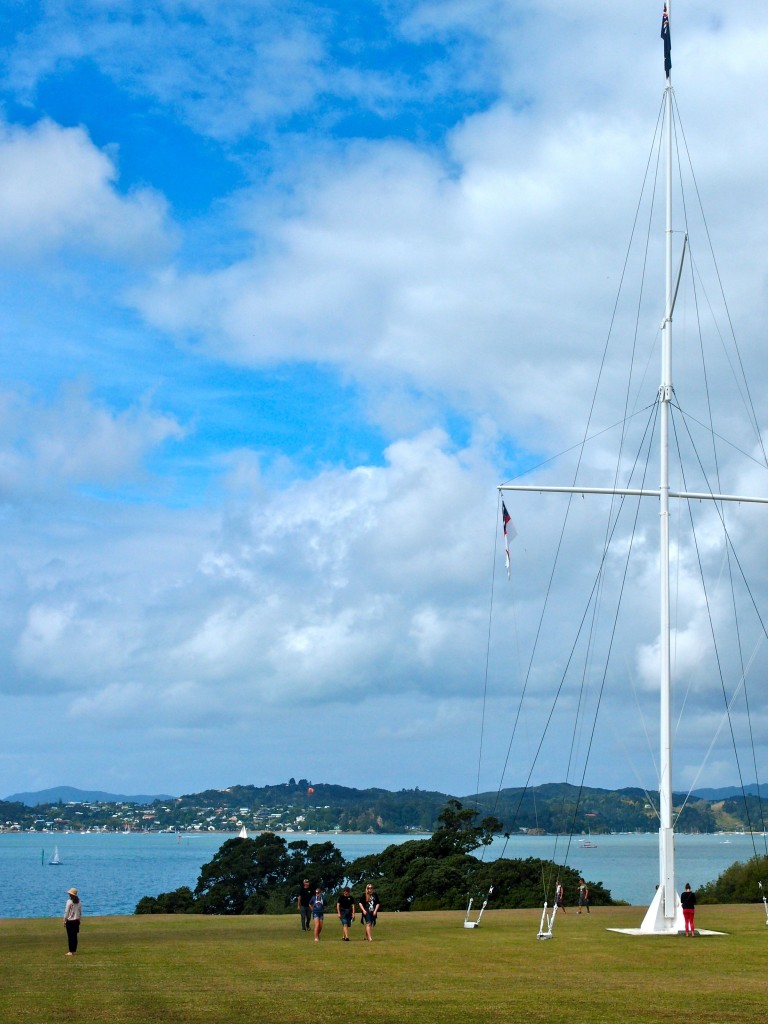 However, in London, Waitangi Day mostly means one thing – the Waitangi Day Pub Crawl.  Allegedly having taken place for more than 30 years, the crawl sees thousands of New Zealanders (and other like-minded types) descend on the Circle Line Underground route in Kiwiana costumes for a day of partying.  Despite what you may be thinking, the pub crawl has a great reputation, and this year, like usual, there were no arrests.  I went along for the ride with a bunch of friends and we had an amazing time comparing costumes, running into long-lost Kiwi mates, and partying to tunes by everyone from Dave Dobbyn to Shihad – good times!! 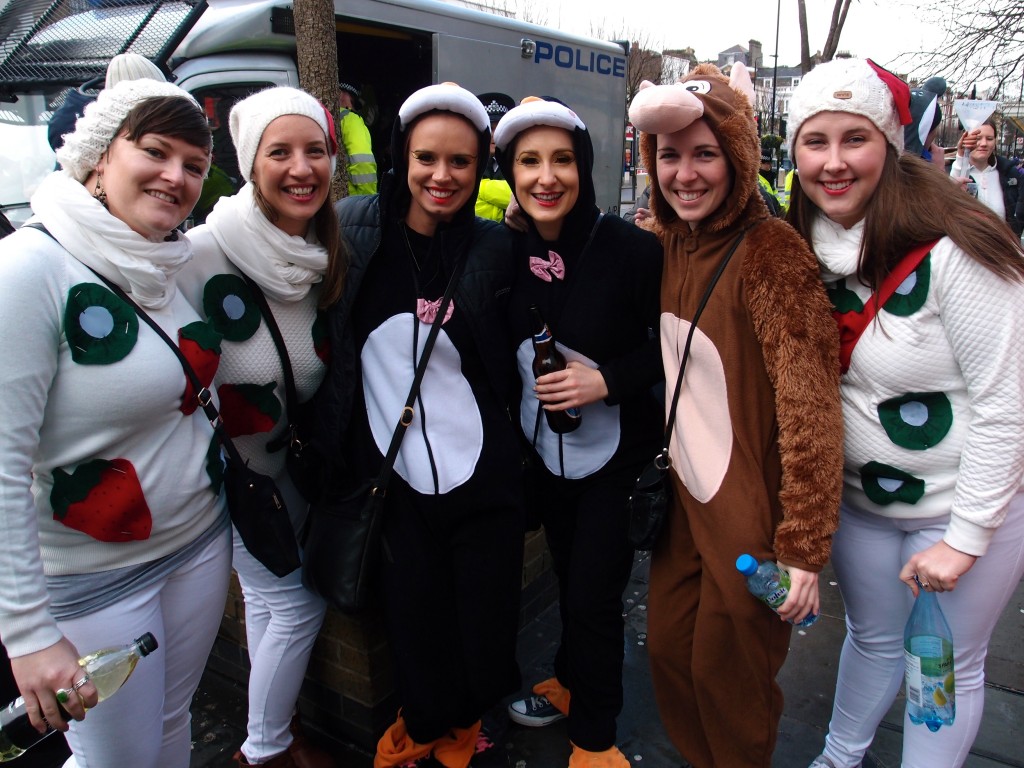 A good pub crawl involves a few factors, so here’s my top tips:

Get your costume on!

Costume is key, especially for a dress-up fanatic like myself.  A brilliant family member suggested pavlovas as a way to both look Kiwi and stay warm, so we crafted ourselves some awesome outfits featuring felt kiwifruit and strawberries.  Many will be familiar with the Pavlova, but not many will be aware that it is in fact a New Zealand delicacy.  It is a meringue-based dessert and was named during Anna Pavlova’s tour of Australia and New Zealand in the 1920s.  Sorry Aussies who might claim otherwise, but Wikipedia says that formal research indicates it is from New Zealand, so the oracle has spoken! 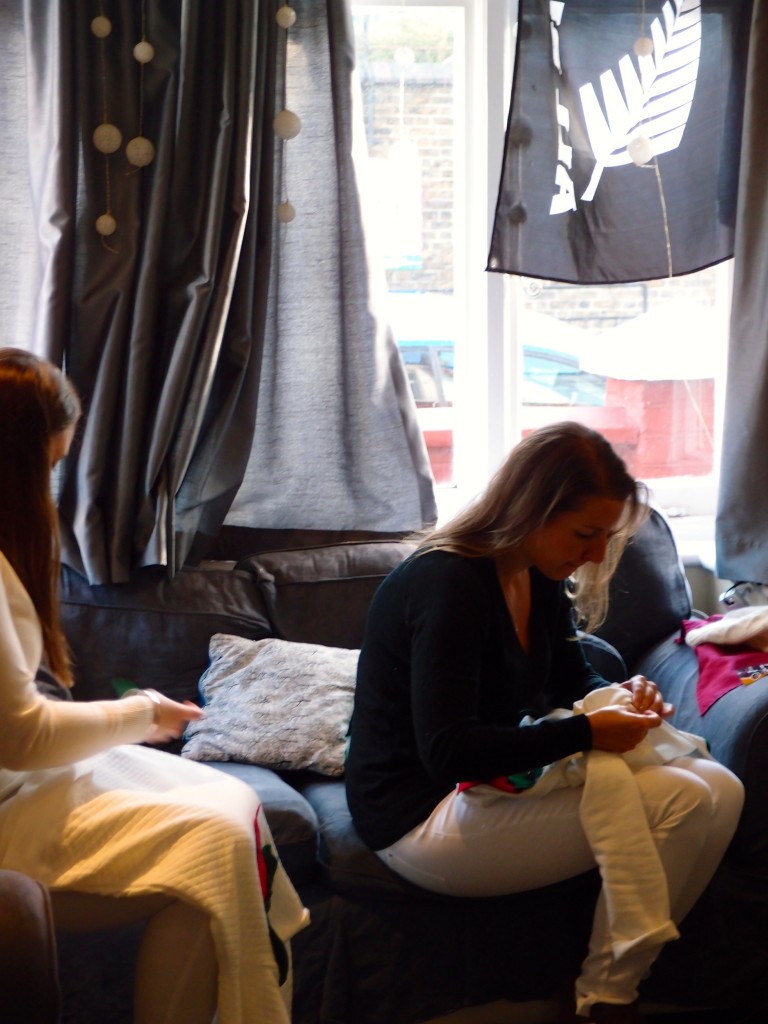 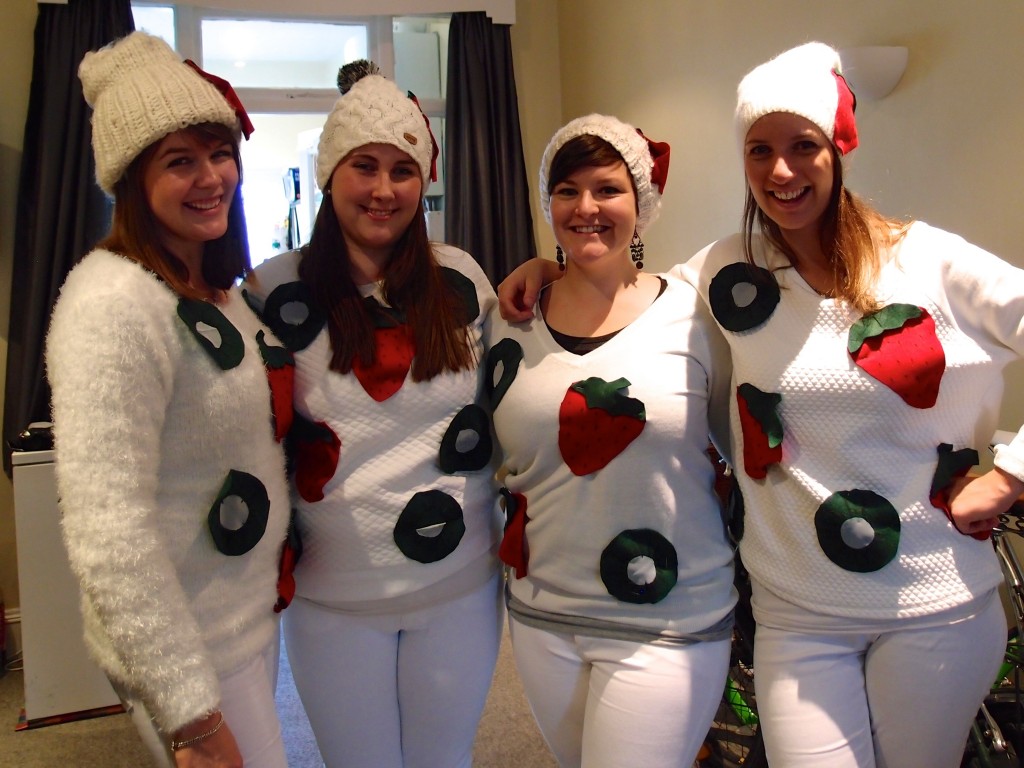 I hosted a pre-crawl brunch at my flat so we could prepare ourselves for the day ahead.  We had Kiwi goodies, a tasty breakfast, and L&P and Freshup to fuel our sugar high – all key elements!  No-one wants to crash out an hour into a pub crawl because they didn’t properly line their stomach… 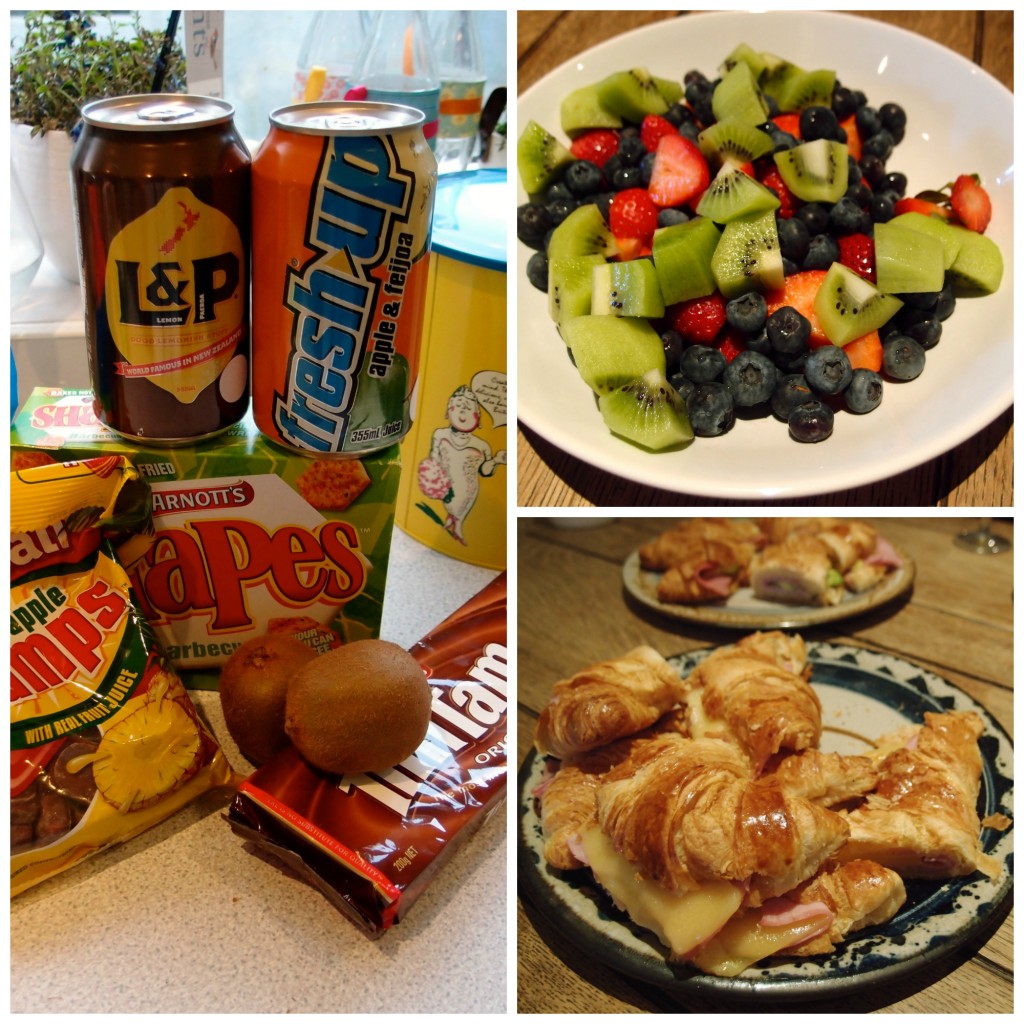 Respect your surroundings and have fun!

I love that the only rule listed on the sort-of-official Waitangi Day Pub Crawl site is “Don’t be dicks!”.  Any Kiwi will understand this multi-faceted proclamation, but essentially it means to respect both the surroundings of the pub crawl, and the other participants.  The pub crawl had an awesome vibe – everyone was having fun, no-one was too out of control, and even the police seemed to be having a great time. 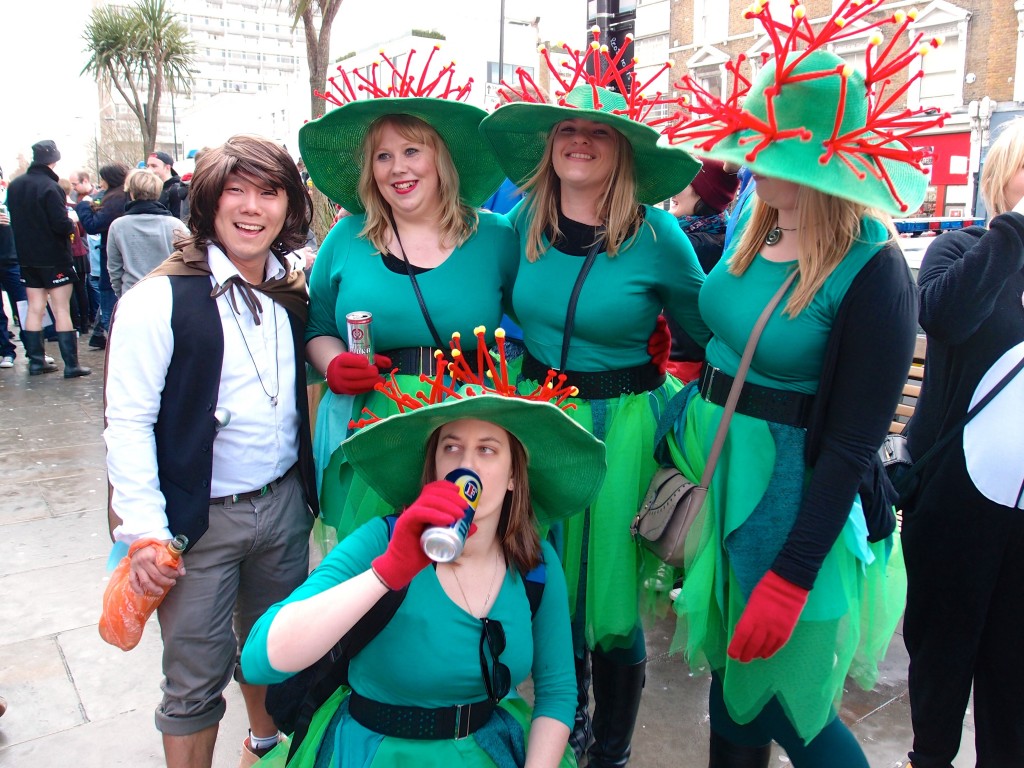 A Hobbit and some very well-dressed Pohutukawa 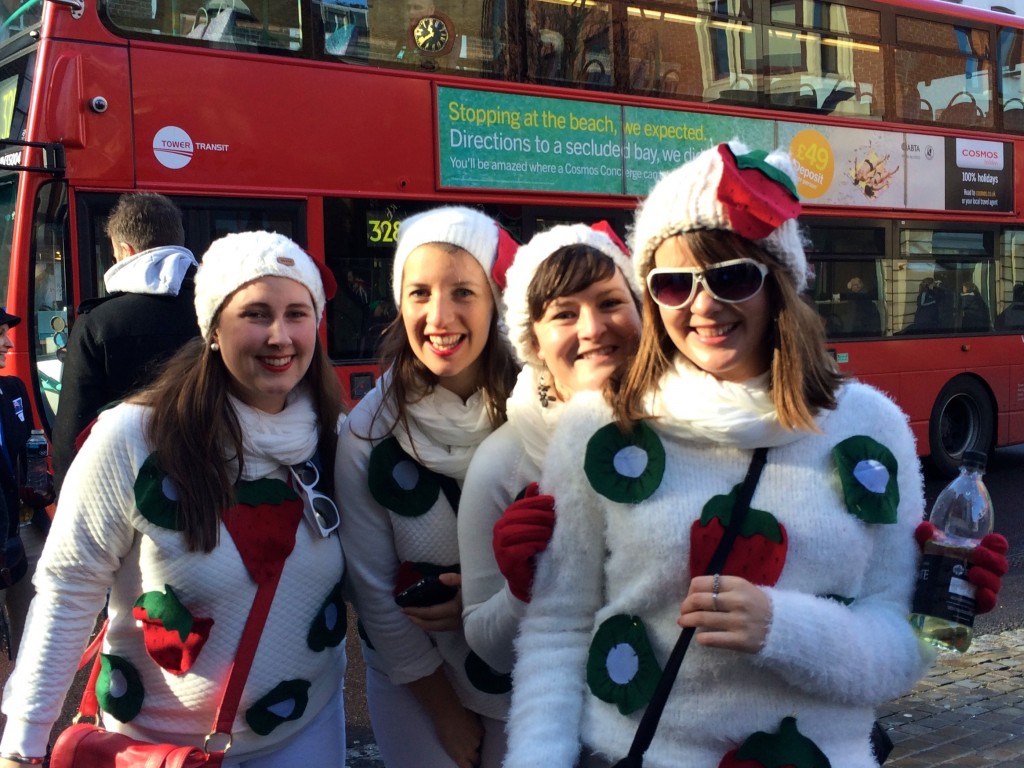 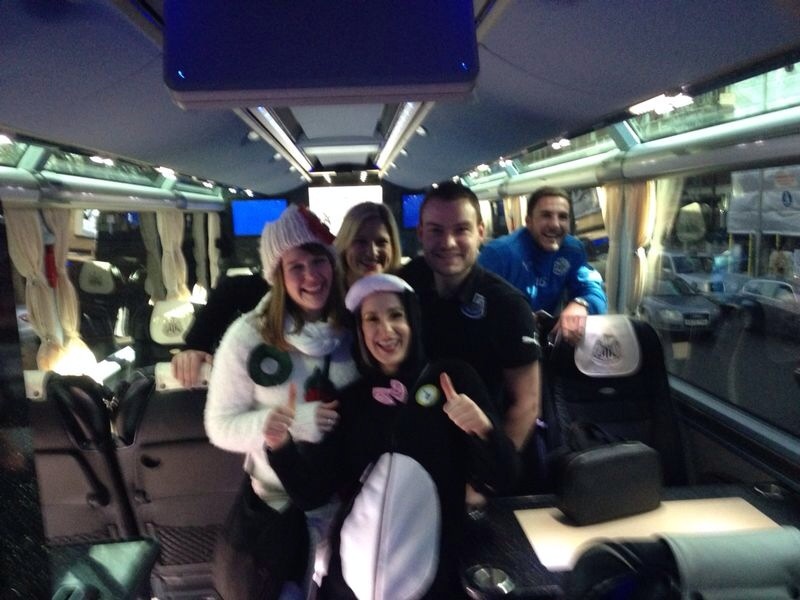 Optional activities – having a chat with some of the Newcastle Premier League team on their fancy bus! 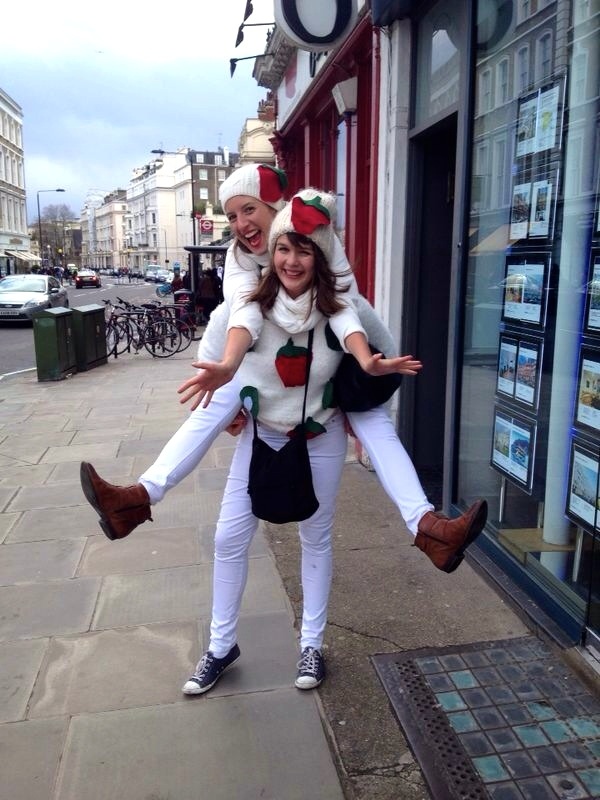 Giving Kate’s feet a rest along the way 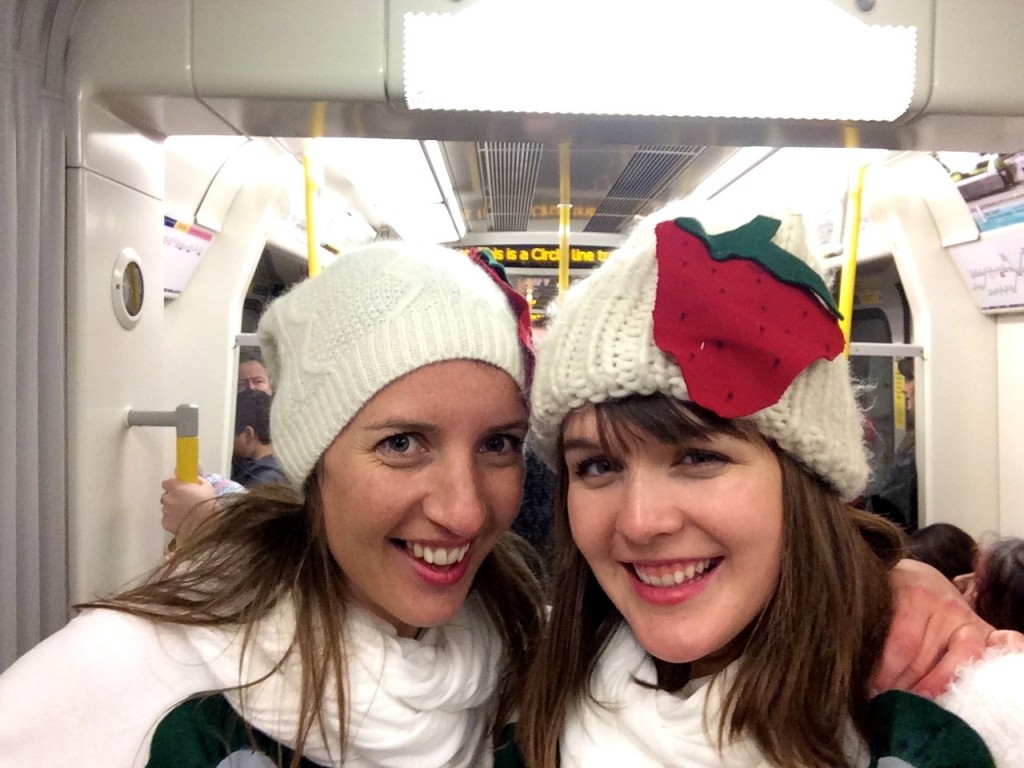 We made it onto the Circle line!  Very helpful, but it’s often closed for the pub crawl, so we were lucky 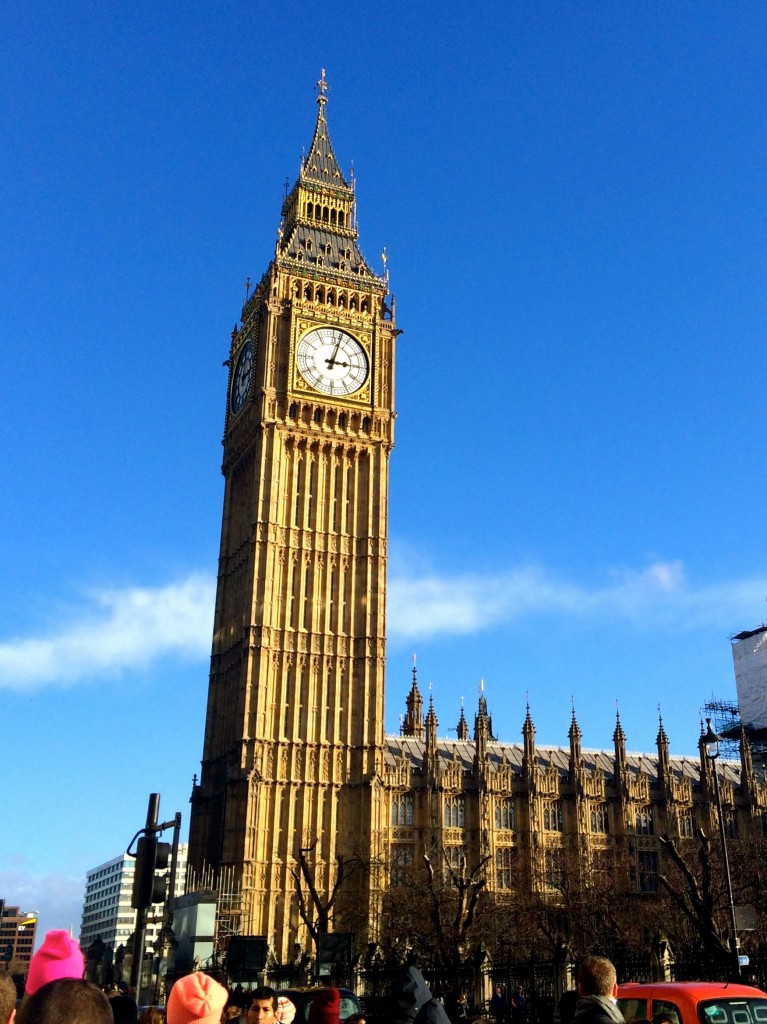 We were also unbelievably lucky to have such stunning weather 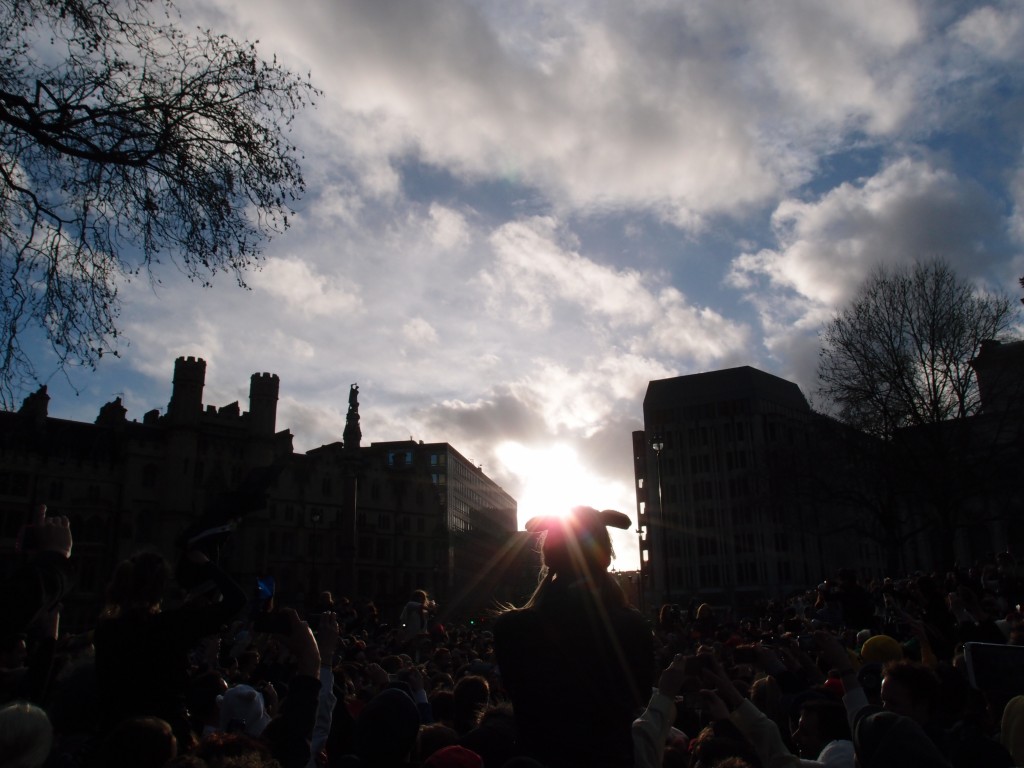 The pub crawl finishes with a haka outside Westminster which I could hear, but not see thanks to the little sheep! 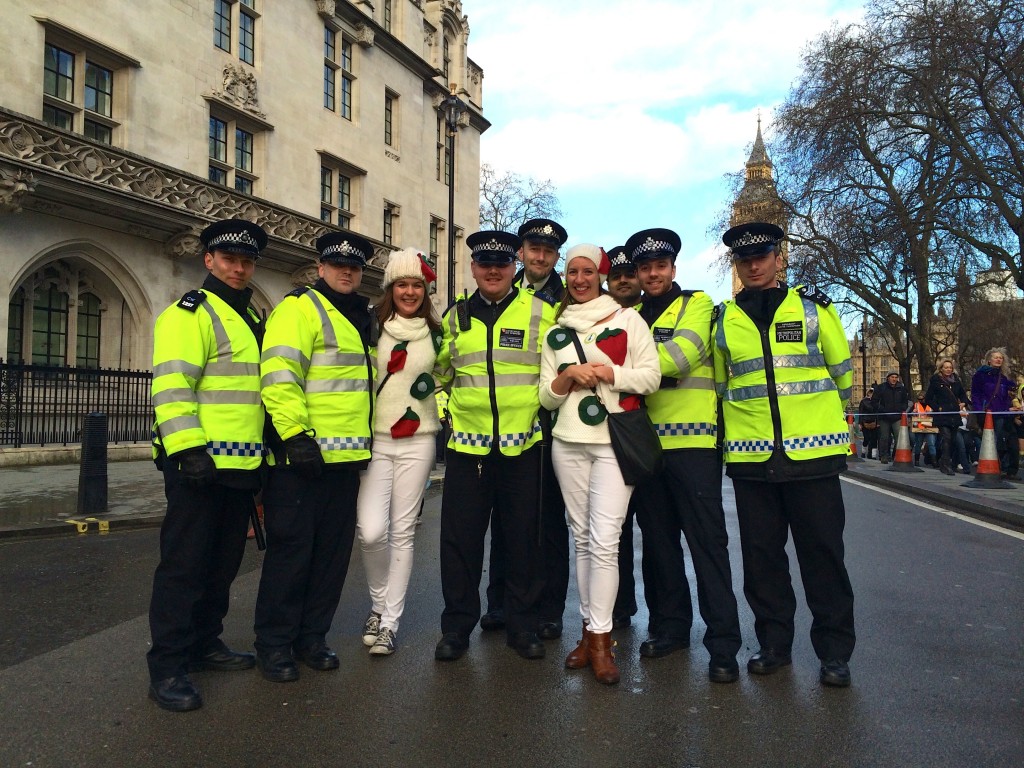 The police were very easy-going and did an awesome job!

Whether you’re a Kiwi or just want to head along to take part in or laugh at this incredible spectacle, definitely get yourself along to the pub crawl next year.  They are always on the Saturday closest to the 6th of February, and information on the route is usually available here.  Sweet as bro!