Some of the best Māori and Pacific musicians are playing free gigs this Waitangi Day. Here’s our handy guide to who’s performing where. 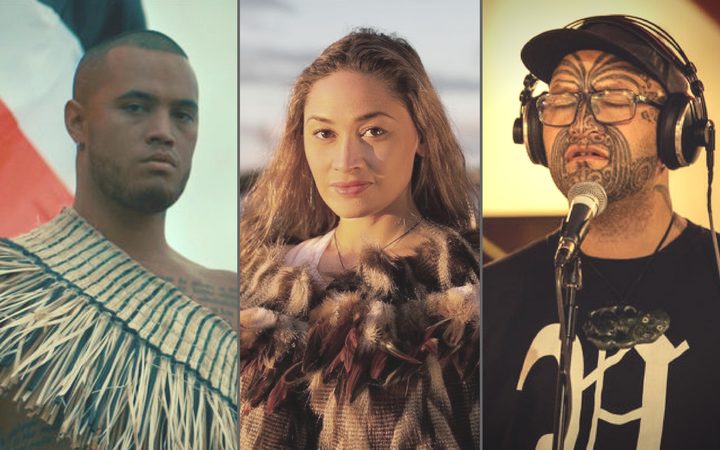 What: Waitangi ki Manukau 2021
Where: Hayman Park, Cnr of Davies Ave & Wiri Station Rd, Manukau City, Auckland
When: 9am – 5pm
Who: Multi-award winning singer Maisey Rika, who has a passionate audience all around the Pacific for her pure, emotive voice, soulful reggae band Rootz Konekt, Sweet Echo, RnR Music and more.
Also on offer: Māori and Pacific kai, interactive family-friendly activities and arts and crafts stalls. A public pōwhiri at 9am.

What: Waitangi Day 2021
Where: Ōkāhu Bay- Ōrākei.
When: 10am – 3pm
Who: Maimoa Music, a young 10-strong collective who notched up millions of YouTube views and knocked Justin Beiber off the number one spot in the NZ iTunes chart in 2016 with their debut song ‘Maimotia’. They only have three singles out, but they’re working on their debut album and poised for big things.
They’re joined by Troy Kingi, whose psychedelic concept album Shake That Skinny Ass All The Way To Zygertron is still on high rotate around here.

What: Waitangi Day Family Celebrations
Where: Sports Park Hawke’s Bay, Percival Rd, Hastings.
When: 8am – 4pm
Who: One of Aotearoa’s best-loved singers, Che Fu, headlines alongside R&B singer Pieter T, rapper Tyree, female reggae trio NRG Rising, and many more.
Also on offer: Kapa haka groups, Latin Roots Dancers, Scottish Drummers and Dancers. In the morning the sports fields will host netball, 3×3 basketball, touch and Ki Orahi. There will be free rides, a market and an emphasis on healthy food and lifestyles.

What: Waifest 2021
Where: Queen Elizabeth Park, Dixon Street, Masterton, Wairarapa
When: 10:00am – 3:00pm
Who: Headliners are reggae trio Tomorrow People, who have just put out a poly-reo version of their song ‘Don’t Wanna Fight It’
Also on offer: local musician Hemi Walker, highland dancing, and a lounge for kaumatua to keep cool, and relax.

What: Waitangi Alert 2021
Where: Wellington Waterfront, by Te Papa, Wellington
When: 12pm – 5pm
Who: This is organised by Upper Hutt Posse’s Te Kupu, who says this is an event “upholding February 6th as a day of protest against lingering racist colonialism and capitalism in Aotearoa, in solidarity with Indigenous and persecuted people worldwide fighting against right-wing bigotry. ‘Waitangi Alert 2021’ is the antithesis of the many celebratory public events given over to the misleading promulgation of Aotearoa as a multi-cultural paradise on Waitangi Day.”
Te Kupu proposes conscious music selections with kōrero, spoken word and an open microphone for radical expressions of resistance.

What: Waitangi Day Festival, Porirua
Where: Porirua Waterfront 5 Wi Neera Drive, Porirua – Mana, Wellington Region
When: 10am – 5pm
Who: Porirua raised soul singer Aaradhna returns home to perform, along with te reo māori metal band Alien Weaponry and haka-soul singer Rob Ruha.
Also on offer: Hop on a waka with Ngāti Toa and the Porirua Canoe and Kayak Club, creative opportunities for all ages; easels and art boards to paint a Waitangi Day theme, creating your own taniwha puppet, face painting, and Māori carving in action. And course lots of lovely kai for your puku.

Where you can celebrate Waitangi Day in 2021

Thursday is Waitangi Day, a day to commemorate the 1840 signing of New Zealand’s founding document, the Treaty of Waitangi. Here are some of the key events remembering the signing, that took place on February 6th, 180 years ago. Christchurch The Ngāi Tahu waka, Kōtukumairangi, will be paddled on the Ōpara River as part of the event hosted by the Okains […]

Government House is holding a ballot for thirty people, each with a guest, to attend the Waitangi Day reception at Government House in Wellington from 4.30pm-6.30pm on Saturday 6 February, 2021. To enter, please email the following details to [email protected] : your name including your title (e.g Mr, Mrs, Ms, Dr, Rev) your postal address including postcode […]

Beer and Loathing on the Waitangi Day Pub Crawl

It’s 10.30am time for a pint. Saturday morning, it has just finished snowing, and a large contingent of New Zealanders are dressed up in costumes, confusing the hell out of tourists and locals alike. There are doctors (Shortland Street), people in pink jumpers with multicoloured cotton wool on them (Hundreds and Thousands biscuits), giraffes (the […]