Christmas Yule Log The custom of burning the Yule Log goes back to, and before, medieval times. It was originally a Nordic tradition. Yule is the name of the old Winter Solstice festivals in Scandinavia and other parts of northern Europe, such as Germany.

The Yule Log was originally an entire tree, that was carefully chosen and brought into the house with great ceremony. The largest end of the log would be placed into the fire hearth while the rest of the tree stuck out into the room! The log would be lit from the remains of the previous year’s log which had been carefully stored away and slowly fed into the fire through the Twelve Days of Christmas. It was considered important that the re-lighting process was carried out by someone with clean hands. Nowadays, of course, most people have central heating so it is very difficult to burn a tree!

In Provence (in France), it is traditional that the whole family helps to cut the log down and that a little bit is burnt each night. If any of the log is left after Twelfth Night, it is kept safe in the house until the next Christmas to protect against lightning! In some parts of The Netherlands, this was also done, but the log had to be stored under a bed! In some eastern European countries, the log was cut down on Christmas Eve morning and lit that evening.

In Cornwall (in the UK), the log is called ‘The Mock’. The log is dried out and then the bark is taken off it before it comes into the house to be burnt. Also in the UK, barrel makers (or Coopers as barrel makers were traditionally called) gave their customers old logs that they could not use for making barrels for Yule logs. (My surname is Cooper, but I don’t make barrels! My Great Grandfather did own a walking stick factory though!)

The custom of the Yule Log spread all over Europe and different kids of wood are used in different countries. In England, Oak is traditional; in Scotland, it is Birch; while in France, it’s Cherry. Also, in France, the log is sprinkled with wine, before it is burnt, so that it smells nice when it is lit.

In Devon and Somerset in the UK, some people have a very large bunch of Ash twigs instead of the log. This comes from a local legend that Joseph, Mary and Jesus were very cold when the shepherds found them on Christmas Night. So the shepherds got some bunches of twigs to burn to keep them warm.

In some parts of Ireland, people have a large candle instead of a log and this is only lit on New Year’s Eve and Twelfth Night.

The ashes of Yule logs were meant to be very good for plants. This is true, because the ash from burnt wood contains a lot of ‘potash’, which helps plant flowers. But if you throw the ashes out on Christmas day it was supposedly very unlucky! 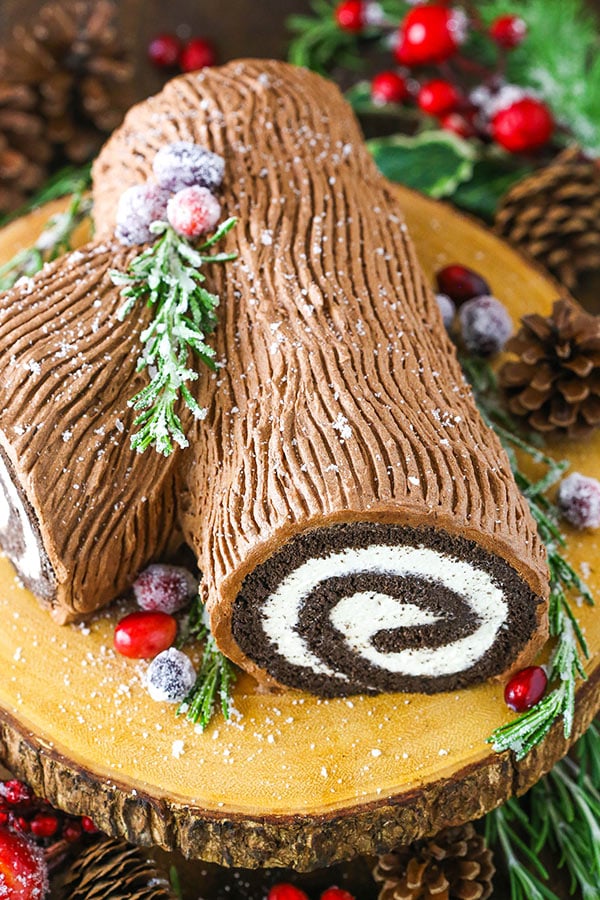 A Chocolate Yule Log or ‘bûche de Noël’ is now a popular Christmas desert or pudding. It’s traditionally eaten in France and Belgium, where they are known as ‘Kerststronk’ in Flemish.

They are made of a chocolate sponge roll layered with cream. The outside is covered with chocolate or chocolate icing and decorated to look like a bark-covered log. Some people like to add extra decorations such as marzipan mushrooms!

Merry Christmas Bible Verses, the most wonderful time of the year! As much as the gifts and family traditions make Christmas special, the meaning behind it also matters-and the following Christmas Scriptures and Bible verses about Christmas summarize it perfectly! Then, if you’re already feeling festive, why not share the joy of the season with […]

Christmas is celebrated in the memory of the birth of the Jesus. Any festival can be made more happy and joyful when you celebrate it with loved ones. In this article, we have added the Christmas love quotes and messages. You can send these Christmas wishes to love of your life on Christmas. the loved one is […]