American online poker players will probably be the first ones to tell you:

Black Friday shows that no one stops the U.S. DOJ when they want to take down an online gaming site… Even if they have to stretch the law to do it.
Case in point:

April 15, 2011. Black Friday. The 3 biggest poker sites offering play to Americans were taken off the internet.

What followed was one of the most insane stories in an industry that had already had its fair share of them.

Let’s take a look at how this seemingly-ordinary day would turn into one of the most devastating and industry-altering days in poker history.

Arguably the most significant day in online poker history April 15, 2011 is now popularly referred to as poker’s “Black Friday” due to the industry-shattering actions taken by the US Department of Justice (DOJ).

Borrowing a term usually reserved for financial crises, natural disasters, and massacres the poker community was stunned by the events of April 15, which saw the DOJ decisively cripple a relatively stable market in a matter of hours.

Seizing the domains of the “Big 3”

With criminal indictments originating in the typically overzealous Southern District of New York the DOJ targeted the 3 largest remaining poker networks open to US players: PokerStars, Full Tilt Poker, and Absolute Poker/UB (further referred to as the “Big 3“).

Incredibly, on poker’s Black Friday the DOJ succeeded in seizing the domain names of the Big 3 by taking advantage of the fact that .com domains technically originate in the United States via ICANN.

This seldom-used tactic is typically reserved for taking down websites that facilitate outright criminal activity such as identity theft or credit card fraud.

On Black Friday, visitors to the websites of the Big 3 were greeted with a DOJ seizure notice. Within hours, PokerStars, Full Tilt Poker, and Absolute Poker/UB had suspended real-money play from US residents as the indictments against their owners and associates were unsealed.

Online poker’s Black Friday was perhaps more devastating to the industry than the passage of the UIGEA in late 2006 due to the specific poker room targets.

While the UIGEA set threatening guidelines to US banks the decision to offer play to US residents was ultimately in the individual hands of poker rooms.

The Black Friday indictments displayed a frightening precedent that, despite online poker rooms being licensed and regulated in the countries they operate in, the US DOJ can succeed in bullying autonomous companies into blocking US business.

The end result of poker’s Black Friday is a minuscule and uncertain market for US online poker that will feel the effects of this single day of events for years to come.

The UIGEA has been in force since 2006, yet it never really affected anything relating to online poker in the States other than making certain banks reluctant to do business with poker sites.

However, in 2011 everything changed all of a sudden and it is fair to say that nobody really saw it coming. So, what was it that caused Black Friday and its unpleasant aftermath?

Perhaps nobody explains it all as well as professor I. Nelson Rose, one of the world’s leading experts on gambling laws.

The timing of the Black Friday aligned perfectly with efforts of several US states made towards legislating online poker. This clearly meant that the competition was no longer welcome.

It is interesting to note that Federal prosecutors had no grounds to go after online poker as such. Under the Wire Act, the only act they could possibly use to cover these indictments, online poker was not covered.

There were a few state acts that the Feds could use, but these were not enough as particular state laws don’t reach beyond the state’s borders. What they ended up with was going after the Big 3 based on the misdemeanor gambling statutes of New York.

Realizing they were threading on the very slippery territory, without being sure if these state statues could even be used in such a case and, furthermore, if online poker was actually covered by the “games of chance” prerequisite found in these statutes, the prosecution tried to include the “fraud” part as much as possible.

The said “fraud” was meant to cover the part where banks were “defrauded” into facilitating online gambling.

The problem was, there was no actual fraud to speak of. Banks that were involved were not misguided, for the most part at least, and even if they were, they did not lose anything from this “fraud.”

The DoJ did all they could to make these charges as scary as possible, even though their ground was shaky at best.

Be all that as it may, the all-out attack against online poker in the States worked out.

The Big 3, which were the main targets of these attacks, were forced out, paving the path for whatever was supposed to come next. As it turned out, the plan, whatever it was, wasn’t very well thought out since even today in 2016, the movements toward legalized and taxed online poker in the States have been minuscule.

Each of the poker rooms targeted (Poker Stars, Full Tilt Poker, and AP/UB) has had distinctly different responses to Black Friday, ranging from professional and responsible to outright incompetence.

Poker Stars showed extreme poise in handling the situation, inevitably halting US play within hours of their domain name being seized.

In the days and weeks that followed they successfully worked with the DOJ to resume non-US operation, pay out US players, and regain their domain name.

It’s strange to imagine but Poker Stars had direct dialog with the US authorities following poker’s Black Friday and essentially caved in to their demands in order to preserve their sizable and profitable non-US business.

While it may be frustrating for US players to be shut out of real-money games they ultimately benefited from Poker Stars’ cooperation by receiving timely payouts of their player balances.

On the opposite end of the spectrum is Absolute Poker/UB, who has shown negligence, incompetence, and, as things currently stand, downright theft of player balances.

Once the indictments came out on poker’s Black Friday the company appeared to operate under normal circumstances, allowing US player and seemingly allowing US payouts to be processed.

As it became obvious that US players weren’t continuing to play and were requesting payouts in droves, AP/UB management promptly laid off most of its operating staff, blocked all gameplay, and refused to process any withdrawals.

Several years after poker’s Black Friday no payouts have been made, the seized domains have been forgotten about, and no games are being hosted.

It’s now safe to say that no players from Absolute Poker or UB will ever be paid their balances with former management disappearing, likely with the aid of stolen player funds.

There has been no dialog made with authorities or former players to arrange any sort of agreement.

Somewhere in the middle is Full Tilt Poker, who quickly removed US access to real-money tables shortly after the indictments were unsealed.

Following poker’s Black Friday, Full Tilt Poker made an unsuccessful attempt to continue their non-US operations while US players and their balances were left in purgatory.

In an interesting development the DOJ released an additional complaint about Full Tilt Poker in September 2011 alleging that high-profile executives like Chris “Jesus” Ferguson and Howard Lederer were being paid outrageous figures despite the fact that Full Tilt Poker didn’t have close to enough funds to pay out all of its players.

Unprepared for the fallout

Their international gaming license was eventually revoked and players, even those not in the US, still remain unpaid.

Fortunately, there may be some hope for player payouts as Full Tilt Poker was bought out by a team of investors hoping to resuscitate its non-US business.

Following Black Friday and their incredibly irresponsible money management the new owners of Full Tilt poker can’t be delusional enough to believe players will trust them enough to deposit again without fully paying out every cent of player funds.

Almost all US players have finally been paid out

As of today, most former US players of Full Tilt Poker have been paid out, several years after Black Friday initially took place.

It’s an unfortunate testament to the failures of Full Tilt Poker to segregate player balances and also the US government to hold potential payout funds hostage for several years.

While Black Friday had a disturbing effect on the specific poker rooms targeted the fallout for the rest of the industry was relatively minor.

Poker rooms already not servicing the US were obviously not affected and those that did but weren’t seized came to their own conclusions, a la 2006.

Fortune has mostly favored the bold in the years since

While Bodog and Merge left the market BetOnline made a bold move by opening up to the US, which has paid off handsomely thus far.

Sportsbook Poker also decided to stay the US course and was the only other stable US network left until Merge and Carbon Poker reentered the market in October.

Unfortunately, I no longer recommend Merge due to severe payout failures.

Despite the shrinking US online poker market seemingly being held together by toothpicks and duct tape since Black Friday the fact remains that it still exists this is an incredibly resilient industry. US players can still play online poker, although no one can predict with any certainty how long that will remain the case.

It’s possible but isn’t likely that sites like BetOnline and Bovada alone will accommodate the US market indefinitely. Since 2006, US online poker has only downsized and there isn’t much left to eliminate.

The long-term road that US online poker appears headed down is that of legislation, highly backed by Harrah’s and big Vegas casinos. While it may seem backwards those mega-corporations support any and all actions, including poker’s Black Friday, against the current form of online poker.

If the government takes out existing poker rooms it only saves them the trouble of wiping out their competition. It’s a fact that Vegas casinos contribute massively to politicians that have conveniently proposed favorable legislation.

On the surface, any form of online poker that has a US license would be a great thing, but I’m not sure how many of us trust anything that politicians, big casinos, and the US government have a hand in. 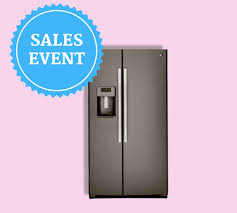