Celebrating Scotland: St Andrew’s Day. Robert Burns 1759-96 Scottish poet. From the lone shielding of the misty island. Mountains divide us, and the waste of seas – Hugh MacDiarmid 1892-1978 Scottish poet and nationalist. O flower of Scotland, when will we see your like again, Robert Crawford 1959

GOD bless our land, our Scotland,
Grey glen an’ misty brae,
The blue heights o’ the Coolins,
The green haughs yont the Spey,
The weary wastes on Solway,
Snell winds blaw owre them a’ —
But aye it’s Hame, lad,
Yours an’ mine, lad,
Shielin’ or ha’.

God bless our land; it’s yonder –
Far in the cold North Sea:
But ‘neath the old Saint’s glamour
It’s calling you an’ me:
Your feet tread Libyan deserts,
Mine press the wattle’s bloom,
But to-night we stand together
Among the broom.

God bless our land. We dream o’t —
The days aye brakin’ fine
On the lang, lane glints o’ heather
In the glens we kent langsyne.

We’re a’ a prood and stubborn lot,
And clannish-sae fowk name us-
Ay, but with sic guid cause none ought
Tae judge us, or tae blame us,

For joys that were, for auld lang syne,
For tender chords that bind us,
A toast-your hand, auld friend, in mine-
‘The land we left behind us!’

Here’s tae the auld hame far away!
While tender mists do blind us,
We’ll pledge on this, St. Andrew’s day,
‘The land we left behind us!’

George Bruce (Fraserburgh, Aberdeenshire, 1909-2002)
Why the Poet makes Poems
(written to my dentist, Dr. K. P. Durkacz,
to explain why I failed to keep an appointment)
.
When it’s all done and said
whether he is smithing away by the mad sea,
or, according to repute, silvering them in a garret
by moonlight, or in plush with a gold nib,
or plain bourgeois in a safe bungalow with a mortgage,
or in a place with a name, Paris, Warsaw, Edinburgh,
or sitting with his heart in the Highlands,
or taking time off at the office to pen a few words,
the whole business is a hang-over from the men in the trees,
when thunder and sun and quake and peas in a pod
were magic, and still is according to his book, admitting
botany is OK for the exposition of how the buds got there,
geology for how the rocks got just like that,
zoology for the how of the animals,
biology for us kind – but that’s not his game:
he’s after the lion playing around with the lamb for fun.
He doesn’t want to know the how, the why. It’s enough for him to say:
‘That’s what’s going on. The grass is jumping for joy,
and all the little fishes are laughing their heads off.’

The lang het simmer cam an rowed
the haill Glenkens in a glent o gowd
an the gangan fit on the hill gaed free
atween Balgerran an Balmaghie.

Distant Snow
.
I see in the distance today,
a cloak of snow atop Meall Liath,
Why do I not sae Millyea,
the more Lowland name?
Though there is many a Gaelic name
on the natives of this district
many generations have caused a separation.
Am I blessed or cursed
with too much vision?
. . .

Distant Snow – in the original Gaelic:

. . .
Larach*
.
On Drumconnard now, only the curlew calls.
Sadly a body may stand on that high place
beside bare gable end and scattered walls
to think of old magic tales and a vanished grace.
.
Foolish, they say, are the praisers of time past:
a wise man turns his face and hails the new,
but bricks of hucksters hall will turn to dust
while Drumconnard’s ruin whispers to the few.
.
*Larach – Gaelic word for ruin or foundation

. . .
Deodorant Advert
(inspired by Catullus’ Latin poem LXIX)
.
Don’t you know, Rufus, why those lovely creatures
won’t let you bed ’em for those gifts laid out
of diamonds, dresses, jewels – things that feature
much in your wooings? There’s a tale about
that says your armpits have a horrid pong
like something dead – and that’s what makes ’em scared.
There’s no good-looking bird will come along
to get her nose filled when your armpit’s bared
– so get some stuff to chase that stink today
or pretty darlings just won’t come your way.
. . .
Deodorant Advert – in Scots:
.
Weill, Roy ma laddie, hou can ye no see
nae bonnie lass will ligg aside yir thie,
for gifts o silen claith an glentin stanes
while yon reek frae yir oxters aye remains?
It stangs yir hairt, ye say, yon nestie tale
that says a gait wad hae a sweeter smell.
Gin oor nebs runkle at yer stink’s rebuff
whit douce wee thing can thole yir manky guff?
Sine oot yon ugsome yowder eidentlie
or dinnae wunner hou the weemin flee.

Derick Thomson (Lewis/Glasgow, 1921-2012)
Return from Death
.
When I came back from death
it was morning,
the back door was open
and one of the buttons of my shirt had disappeared.
.
I needed to count the grass-blades again,
and the flagstones,
and I got the taste of fresh butter on the potatoes.
.
The car needed petrol,
and love sat sedately on a chair,
and there was an itchy feeling at the back of my knee.
.
And if you believe, as I do,
that one who reads can understand half a word,
you can see that I’ve mentioned
Only a couple of things I felt then.

Torn posters flutter; coldly sound
The boom of trams and the rattle of hooves,
And the clerks who hurry to the station
Look, shuddering, over the eastern roves,

Thinking, each one, ‘Here comes the winter!
Please God I keep my job this year!’
And bleakly, as the cold strikes through
Their entrails like an icy spear,

They think of rent, rates, season tickets,
Insurance, coal, the skivvy’s wages,
Boots, school-bills, and the next instalment
Upon the two twin beds from Drage’s.

For if in careless summer days
In groves of Ashtaroth we whored,
Repentant now, when winds blow cold,
We kneel before our rightful lord;

The lord of all, the money-god,
Who rules us blood and hand and brain,
Who gives the roof that stops the wind,
And, giving, takes away again;

Who spies with jealous, watchful care,
Our thoughts, our dreams, our secret ways,
Who picks our words and cuts our clothes,
And maps the pattern of our days;

Who chills our anger, curbs our hope,
And buys our lives and pays with toys,
Who claims as tribute broken faith,
Accepted insults, muted joys;

Who binds with chains the poet’s wit,
The navvy’s strength, the soldier’s pride,
And lays the sleek, estranging shield
Between the lover and his bride.

First published as ‘St Andrew’s Day, 1935’, the poem also turns up in Keep the Aspidistra Flying (1936), and occupies Gordon Comstock’s thoughts throughout much of the novel. According to the Times Literary Supplement, Gordon’s only book, Mice, showed ‘exceptional promise’.

Joscelyn (8 years old) came home with an assignment to write a poem about Scotland because it was near St Andrew’s day. The instructions on what was required were a bit confusing. She has a piece of paper with SCOTLAND written vertically down the edge so each line began with a letter. She had to write something Scottish on each line with a describing word. It is difficult to do it “properly” but fun if you relax the rules. Here is what dad came up with while cooking tea. We are debating whether to send it to school as Joscelyn’s work. 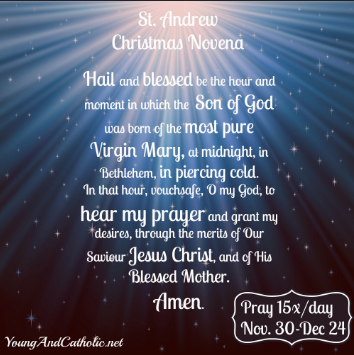