Remembrance Sunday Coventry; This Sunday’s Remembrance celebrations will be especially extraordinary as it marks a long time since the firearms fell quiet in the Great War.

Peace negotiation Day and Remembrance Sunday fall together this year, on November 11, when remembrance will be held at war commemorations all through Coventry and Warwickshire.

In front of the remembrance occasions, Coventry’s Lord Mayor John Blundell stated: “2019 is a particularly significant year with regards to recollecting the fallen, as it marks a long time since the part of the bargain World War.

“I welcome individuals from the general population to tag along to offer their regards and recollect each one of the individuals who have lost their lives in wars and furnished clashes.”

A photo of troops of the Royal Munster Fusiliers, who were billeted with a Coventry family before being posted abroad

The Cenotaph in War Memorial Park will be the concentration for remembrance occasions in the city.

The recreation center was opened in 1921 to respect the fallen of the Great War, and this year the open are again welcome to partake in Remembrance.

The administration begins at 10.50 am, highlighting a procession, songs, readings and laying wreaths to pay regards, with the administration being driven by The Right Reverend Dr Christopher Cocksworth, the Lord Bishop of Coventry.

The Parade, being driven by the Coventry Corps of Drum, will leave Spencer Road at 10.30 am.

Music will likewise be played by City of Coventry Brass Band during the administration.

The congregation on Fleet Street is open ordinarily through November to state supplications for harmony.

It will be an opportunity to see a duplicate of the Black Prince petition, the Stations of the Cross (authorized from a firm in Bavaria after WWII) and the War Memorial Window.

There will be a bloom Peace Trail, a Deadman’s penny in blossoms, shows and a poppy figure suspended from the lectern, which an eight foot structure brimming with poppies committed to the men of the War Window.

On Saturday November 10 and Sunday November 11 St John the Baptist opens until 4pm for World War I Memorial Day on Saturday and Remembrance Day on the Sunday.

The two days have presentations, sensational readings, petitions, music on the reestablished Bechstein piano and a display.

window at 1 pm with verse readings previously, then after the fact.

Our Sunday November 11, the Remembrance Day Service begins at 10am, and is planned to end at 11am to the strains of the Last Post.

There will be another administration at 6pm.

Fr Bracey stated: “It is critical to recall each one of the individuals who died of the First World War, and to respect them, especially those from this city and our area which incorporates a portion of the downtown area, Spon St, Spon End and the Albany Road part of the bargain.”

St Nicholas Church will hold a family acclaim recognition administration at 10am, at that point accumulate at the War Memorial on Abbey Hill, Kenilworth, on Sunday at 10.45am.

Various wreaths will be laid by delegates of associations in the town, driven by the Mayor and MP.

St Nicholas will likewise have a vigil for harmony at 4pm on Sunday.

On Saturday evening there will be a unique screening of ‘Adventure’s End’, a play set in a burrow in Aisne in 1918 outlining the narrative of a gathering of British warriors.

A poppy drop will occur in the skies over Bedworth to check Remembrance Sunday unexpectedly.

In any case, when the eleventh falls on a Sunday the BADC concedes to the Royal British Legion, who compose the Remembrance Sunday marches.

Be that as it may, as this year points the century of the end World War One, the Royal British Legion and BADC have united and the BADC will sort out the poppy drop this Sunday.

The procession will frame up at the Ex Servicemen’s Club in Rye Piece at 10.35am, prepared to walk off.

It will at that point leave the club, head onto Rye Piece towards the Coventry Road Cemetery.

The administration will occur with psalm, Dedication for Book of Remembrance and petitions.

At 10.59am the Last Post will be played, trailed by two moment quietness and after that the reveille, wreath laying, lyric and psalm.

Regal Leamington Spa will have a Remembrance Service from 11am at the town war commemoration.

At 6pm on Sunday evening, the Royal British Legion and veterans will meet at the war dedication for a light lit parade to Observation Hill, over Newbold Comyn, to light the signal at 7pm, where there will be commendations perused pursued by firecrackers.

At 6am, a solitary flautist will play, beside the Warwick War Memorial, in Church Street. This bit of music was played precisely 100 years back, as the Armistice was agreed upon.

Quickly a while later the flute player will play among the a great many poppies in St Mary’s Church, Warwick.

The administration of Remembrance at St Mary’s Church, Warwick will begin at 10am.

There will be a short administration of Remembrance at Warwick War Memorial, Church Street, beginning at 1050am pursued by 2-minutes quietness at 11am, wreath laying and a March Past of nearby Units and Organizations.

Short administration at 6.50am, trailed by the lighting of the signal at Warwick Castle, at 7pm.

All through the UK 1,000 Beacons of Light will be lit at 7pm, a century after the firearms fell quiet.

Rugby’s Remembrance Parade will begin from Caldecott Park at 9am and stroll to Whitehall Road by means of North Street, Church Street and Clifton Road.

Delegates from around 20 contingents, including the fourth Battalion of the Parachute Regiment (D Company), the Royal British Legion, ex-administration associations, Girls’ Brigade and Boys’ Brigade, will assemble in Hillmorton Road – between Whitehall Recreation Ground and Temple Street – at 10.30am before the walk to the War Memorial.

The Warwickshire and West Midlands Corps of Drums will give the music to the administration.

The celebrations will be driven by the Reverend Imogen Nay, helped by Father Tom Thomas.

The admonishment will be given by Martin Myatt, of the Rugby No.1 part of the Royal British Legion, while the Kohima Epitaph will be given by the Mayor’s Cadet, Cadet Flight Sergeant Lewis Wakelin, from the 29F (Rugby) Squadron of the Air Cadets. 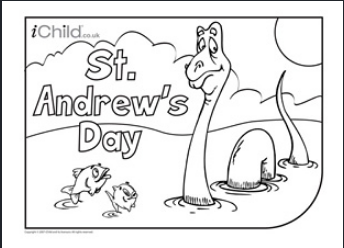