The 10,000 commemoration blazes at the Tower of London to check the century of the peace negotiation will be in plain view once and for all on Remembrance Sunday, November 11.

The establishment, named Beyond the Deepening Shadow, contains 10,000 flares lit by turn in the unfilled canal surrounding the pinnacle. 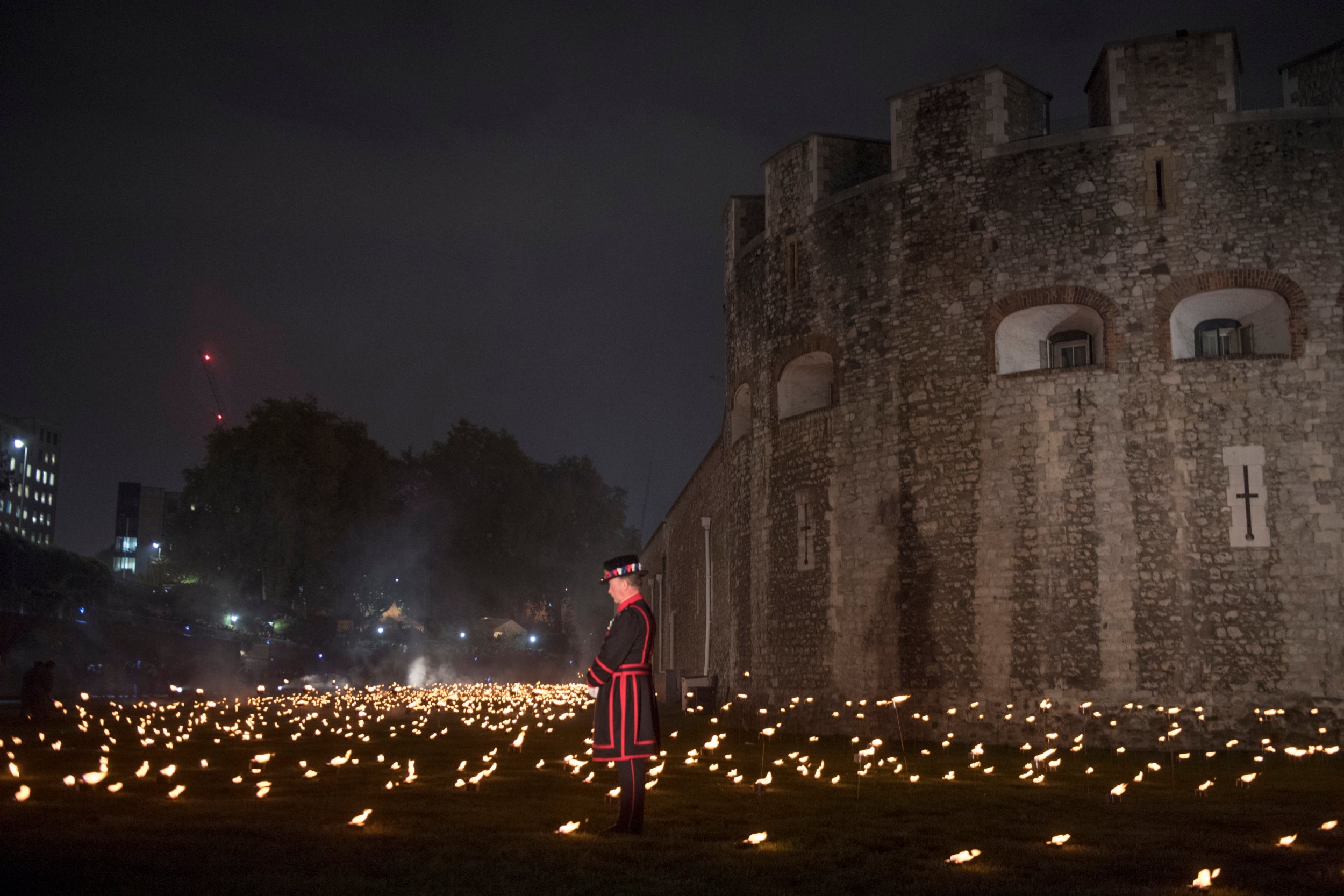 Daily services have been occurring since November 4 and completion today on Remembrance Sunday at 9pm.

A large number of individuals have been rushing to the region daily with lines for the survey stage 90 minutes in length on certain days.

The 10,000 flares speak to the warriors who lost their lives, yet each one of the individuals who were deprived or influenced by the war.

Each fire is ritualistically lit making a hover of light around the pinnacle as an amazing image of recognition and the part of the bargain World War.

The lighting starts after a fire is brought down from the Tower of London and into the channel. 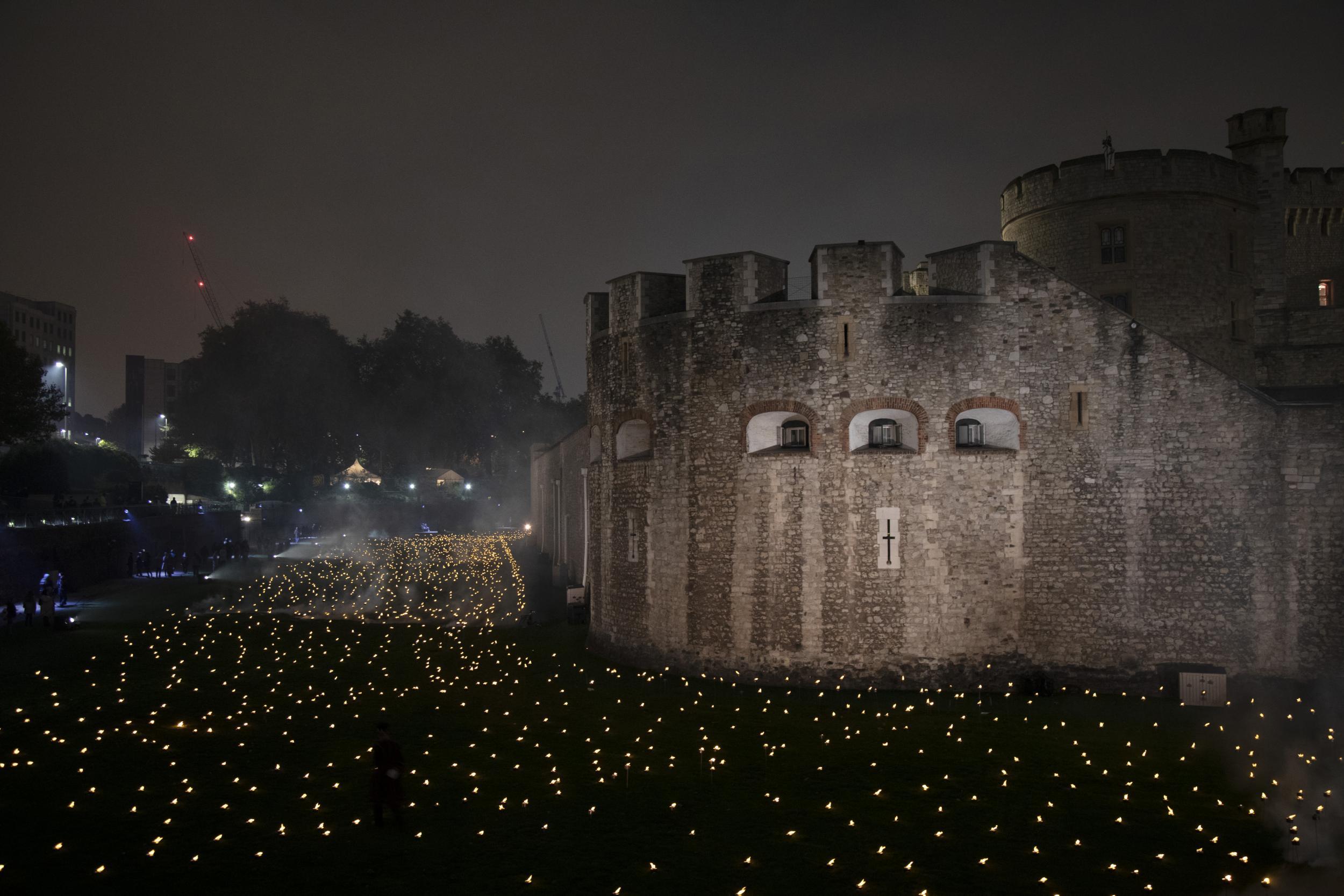 A group of volunteers at that point continue to light the remainder of the establishment, steadily making a hover of light, emanating structure the Tower as an incredible image of recognition.

Lighting takes 40 – 50 minutes and the blazes stay lit for around four hours.

The scene is joined by a sound establishment that contains words from War Poet Mary Borden’s Sonnets to a Soldier.

In 2014, the Tower of London showed a great many poppies in the channel with in excess of 4,000,000 individuals ending up visiting the establishment.