Remembrance Sunday Plymouth: Plymouth joined countries over the present reality to recognize Armistice Day and a century since the weapons fell quiet toward the part of the arrangement One.

The day of tribute started on the Hoe at 6am, with a solitary flautist playing Battle’s O’er (a conventional Scottish air played after a fight) at the Royal Naval War Memorial as the Union Flag was raised on the Belvedere.

In excess of 1,000 flautists played the tune in different areas over the UK simultaneously.

The city’s recognition administration occurred later, beginning with a two-minute quietness at the Royal Naval Memorial at 11am.

Master Mayor Councilor Sam Davey and Lady Mayoress Bethan Davey were joined by the Deputy Lord Mayor and Deputy Lady Mayoress Cllrs Chris Mavin and Sue Dann, Council Leader Tudor Evans and Leader of the Opposition Councilor Ian Bowyer, just as chamber CEO Tracey Lee in recalling every one of the individuals who lost their lives in both World Wars and in all contentions.

Master Mayor of Plymouth Councilor Sam Davey stated: “Recognition Day is constantly a significant date yet the current year’s is especially critical, as we mark a long time since the part of the bargain War. Plymouth is pleased to have an influence in this memorable worldwide recognition, perceiving the gigantic commitment and penance made by every one of those people who served in this and every other clash.”

Seven Royal British Legion outlines supported by Plymouth City Council were additionally remained before the Royal Naval Memorial as a major aspect of the Armistice recognitions and were joined by 10 more – connected for by the Royal Navy through the Armed Forces Covenant Fund.

At 6am this morning a lone piper played ‘Battle’s O’er’ at the Royal Naval War Memorial in Plymouth as the Union Flag was raised on the Belvedere. More than 1,000 pipers played the other locations at the same time, as part of the international ‘Battle’s Over’ commemoration 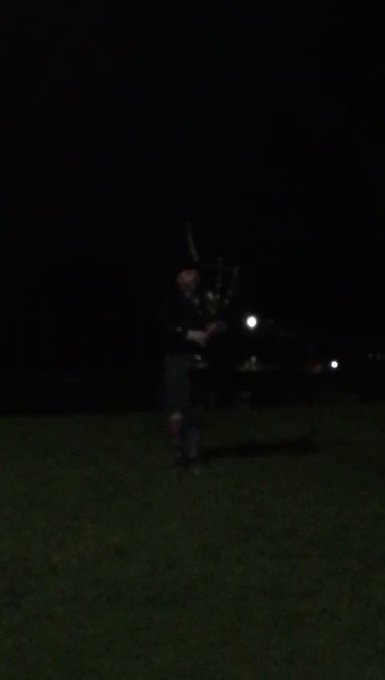 Wreaths were laid by the delegate lieutenant of Devon, the Lord Mayor for the benefit of the individuals of Plymouth, Flag Officer Sea Training, and different agents from the military and Commonwealth War Graves Commission.

Wreaths were additionally laid by youngsters from the Military Kids Club Heroes, a care group of administration family kids from over the city, and understudies from Ford, Leigham and Tor Bridge grade schools.

The Bishop of Exeter, the Rt Rev Robert Atwell led an administration and individuals from general society and neighborhood associations were welcome to offer their regards and lay their own wreaths toward the part of the arrangement, on the north side of the dedication, following the flight of the urban dignitaries.

The processional party at that point took their places at the non military personnel remembrance in Lockyer Street, where the Bishop of Exeter said a supplication.

Wreaths were laid there by the Lord Mayor, Flag Officer Sea Training (for the benefit of the furnished administrations), the main administrator of Plymouth and Luke Pollard MP (in the interest of the city’s Members of Parliament), trailed by agents from different crisis administrations and associations.

Community dignitaries and military agents are because of assemble on the Hoe yet again at 6pm for Battle’s Over: A Nation’s Tribute, which incorporates a Beat Retreat and nightfall function with The Band of Her Majesty’s Royal Marines.

The Ensign is to be brought down on the Hoe Promenade as nightfall is sounded, just before 7pm.

Eighteen outlines will enable Plymouth to recall the individuals who have paid a definitive penance in the development to the current year’s Armistice Day.

The figures of a conventional British Tommy, an aviator, a mariner, a medical caretaker, a weapons assembly line laborer, a Sikh trooper and a suffragette have been purchased from the Royal British Legion and have arrived for the current week in front of the Armistice Day on Sunday 11 November.

They speak to every one of the individuals who partook in the Great War from the Armed Services, the Empire and the associations that helped keep the nation on its feet, changing the political and social equality of this nation for eternity.

The seven RBL outlines supported by Plymouth City Council will be before the Royal Naval Memorial as a component of the Armistice remembrances and will be joined by 10 increasingly connected for by the Royal Navy through the Armed Forces Covenant Fund.

Councilor Chris Penberthy, Cabinet Member with obligation regarding veterans stated: “We are glad to help the Royal British Legion with this activity. It is a suggestion to us all 100 years after the fact about the penance made by such a large number of during the Great War that has helped molded the country we are today.

“Those individuals thought they were battling a war to end all wars. A century may have passed yet like never before, Remembrance Day is an opportunity to stop, remove time from our lives and ponder the colossal penance they and each one of those lost in the interceding years have made to give us the opportunity and openings we have today.”

After the occasion, the outlines will be in plain view at Efford and Weston Mill Cemeteries.