Remembrance Sunday Kendal; This year points the 101st commemoration of the Armistice which finished World War 1. Also, Remembrance Day and Sunday both fall around the same time.

To stamp this event Kendal Town Council and the Kendal part of the Royal British Legion have chosen to change the courses of action during the current year. We trust it is fitting to check this event by having the wreath laying, quietness at 11am and administration all at the War Memorial in Market Place. Furthermore, it empowers us to likewise lay wreaths already at the K Shoes War Memorial and Romney Gardens War Memorial. Therefore, this year there won’t be a procession or morning administration at Kendal Parish Church.

The program for Sunday eleventh November is as per the following:

10:15am – Muster to begin from that point the administration and wreath laying at the War Memorial, Market Place

Burneside Brass Band will play in Market Place from 10am.

There will be a further administration at the Parish Church at 6.00pm on Remembrance Sunday to stamp the centennial of the Armistice. This will incorporate the Town Crier giving an exceptional declaration and the ringing of the congregation chimes as a component of the Battle’s Over National Tribute. It will likewise incorporate the laying of uncommon Thank You wreaths and a field of Remembrance poppy crosses

WAR veterans and formally dressed associations will almost certainly walk through the core of Kendal after an about face by coordinators of a Remembrance Day occasion.

For a considerable length of time the motorcade from the town’s war dedication to the area church has been a basic piece of the grave occasions to recognize the fallen in clashes far and wide on November 11.

In any case, the procession, which is viewed by several spectators every year, was set to be dropped by the Royal British Legion and Kendal Town Council.

The choice started shock and an appeal was propelled to bring back the procession, which was marked by several individuals.

Presently after talks between campaigners, Westmorland and Lonsdale MP Tim Farron, the town gathering and the Royal British Legion, an abbreviated procession will be held through Kendal on Remembrance Day.

“This is simply splendid,” said Steve Paton, of Oxenholme, who propelled the request in the wake of being “disturbed” that the memorable service was being dropped. “It just demonstrates how some power from the individuals can have a major effect.

“I am so happy that something positive has left it.”

To check the 100th commemoration of Armistice Day, the town committee and the Kendal part of the Royal British Legion chose to modify courses of action to fit in with what was going on broadly. Alongside different towns and urban communities the nation over there is to be a night administration at 6.15pm when church chimes will ring out as one.

It was chosen that this year there would be a wreath laying function, alongside a two moment quiet and administration at the war commemoration, however no motorcade to the ward church.

Presently there will be a procession to the town lobby including war veterans, formally dressed associations and community dignitaries.

“For some individuals in Kendal who have reached me in the recent weeks, the procession is an extraordinary piece of the celebrations,” said Mr Farron. “That is the reason I was resolved to ensure a procession proceeded.”

The Gazette featured the irritated subsequent to being reached by previous RAF guide John Hodgson, 81, who was stressed that it could have been his last opportunity to process through the town with his companions as he has terminal disease.

However, Mr Hodgson isn’t completely content with the new courses of action and stated: “It’s incredible that a motorcade is back, yet it’s not a similar procession. Despite everything I don’t comprehend why we can’t go to the congregation.” 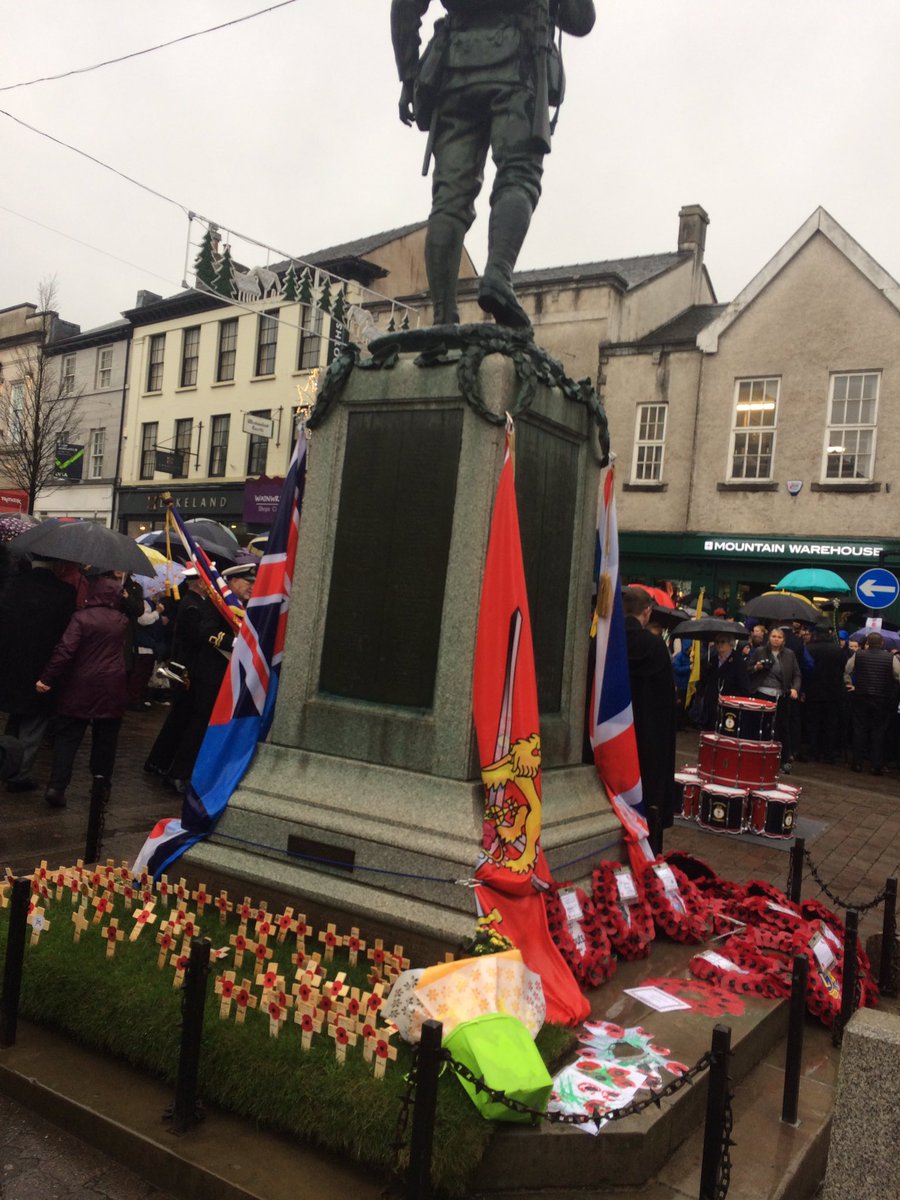 Cecil McComb, Poppy Appeal Organizer for the Kendal part of the Royal British Legion, said that numerous individuals had misunderstood “the part of the bargain” and were under the feeling that Remembrance Day itself would have been dropped. He said there had been many negative remarks via web-based networking media.

“We just needed to accomplish something exceptional this year to stamp the 100th commemoration and our program had no space for the motorcade,” he said. “Since everything would occur around the war commemoration, we didn’t think there should have been a walk to the congregation.” 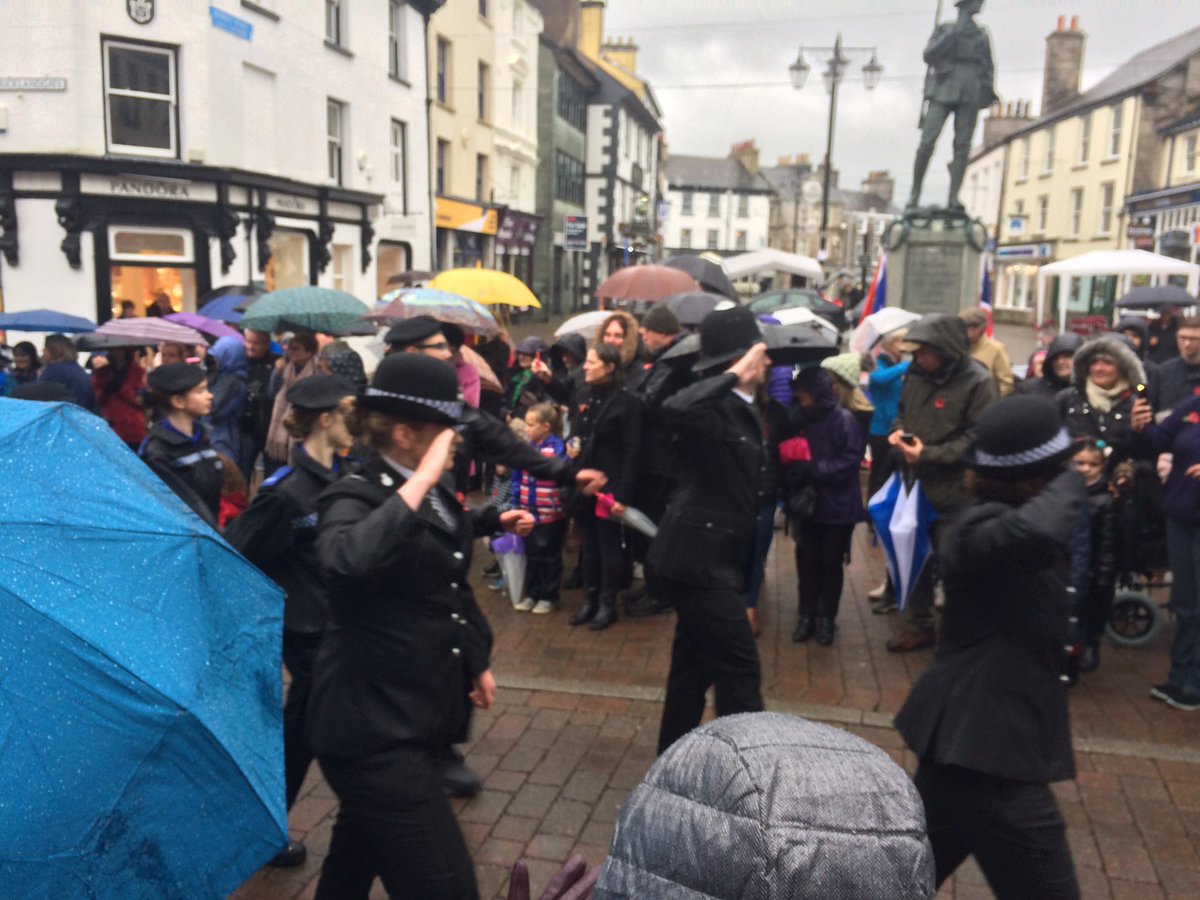 Kendal Town Council agent Liz Richardson stated: “After remarks from a couple of individuals from the open with respect to the motorcade component of the typical Remembrance Sunday not being a piece of the courses of action this year, we were glad to take a gander at this component. All gatherings – the Royal British Legion, Kendal Parish Church, Cumbria Constabulary and ourselves – met to examine choices a week ago.”

The Mayor of Kendal, Cllr Guy Tirvengadum, stated: “We have tuned in to the worries from certain individuals from people in general and I am upbeat that we have accomplished a reasonable trade off which will enable everybody in Kendal to feel some portion of this uncommon occasion. Since we are having a procession hopefully we will all join together and bolster this vital event.”