Welcome to the Hertford Branch of The Royal British Legion

Remembrance Sunday Hertford;Remembrance Sunday, the second Sunday in November, is the day customarily set aside to recall each one of the individuals who have given their lives for the harmony and opportunity we appreciate today.

View our news and occasions schedule for subtleties of neighborhood Remembrance occasions.

This year, November eleventh checks precisely a long time since the statement of the part of the bargain between Allied Forces and Germany in 1918.

Weave fm will join Hertfordshire in a national two moment quiet to recollect each one of those who’ve passed on or been genuinely harmed in strife – at various times.

Be that as it may, where would you be able to join uncommon administrations over the district?

There will be a Remembrance Sunday Parade and Service at 10.30am, with the Mayor of Stevenage Mayor, chamber individuals, delegates from the Royal British Legion and different dignitaries gathering at the Bowling Green, in Old Town High Street.

The procession individuals will move from the Primett Road vehicle leave (behind Waitrose) at 10.15am to the War Memorial on the Bowling Green. The Service of Remembrance will initiate at 10.30am, with the laying of wreaths following the administration.

It would be ideal if you note: To clear a path for the Remembrance march, the accompanying streets will be shut down somewhere in the range of 8.30am and 12.30pm on Sunday 11 November.

Before the procession at 6am alongside Stevenage Ware Memorial, Pipe Major Hamish MacLeod will join more than 1,000 solitary flautists playing “Fight’s O’er, a conventional Scottish air played after a fight, outside churches and other individual areas all through the nation and abroad.

At that point, at 6.55pm – Stevenage War Memorial. “The Last Post”, Lead Bugler, Civilian Instructor George Bollen of Training Ship Andromeda will join in excess of 1,000 buglers all through the United Kingdom and past. Pursued by “The Tribute to the Millions” perused by Councilor John Lloyd, The Tribute is uniquely composed for the event.

7pm – WW1 “Reference points of Light” will be lit by three youthful administration cadets in a tribute implying the light of harmony that rose up out of the obscurity of four years of war.

7.05pm – “Ringing out for Peace” more than 1,000 houses of worship and basilicas will ring their chimes composed in relationship with the Central Council of Church Bell Ringers.

The Mayor of Welwyn Hatfield Councilor Barbara Fitzsimon, joined by Deputy Lieutenant Mr Anthony Chapman and Welwyn Hatfield Borough Council Director Nick Long, will go to an administration at the Howardsgate Memorial in Welwyn Garden City at 10:50am. The administration begins with a procession from The Campus to the town focus, with agents from the majority of the administrations, ex-servicemen and ladies and youth associations. The procession, sorted out by the Royal British Legion and WHBC, will be joined by the Welwyn Garden City Town Band.

In Welwyn, there will be a motorcade from the vehicle leave in Ottway Walk, along London Road and High Street to the Memorial where there will be a wreath laying function at 10.50am pursued by a Short Service of Remembrance in St. Mary’s Church. The service will be gone to by WHBC Deputy Leader Councilor Tony Kingsbury, and WHBC Director Ka Ng.

There will likewise be various exceptional occasions to check a long time since the part of the arrangement World War, ‘Fight’s Over’, including a poppy trail beginning at the War remembrance in Hollybush Lane, Hatfield, finishing at the war grave remembering Reggie Wren, situated at the churchyard at St Mary Magdalene Church. The trail starts after the administration at Hatfield Hyde.

The trail will include 22 huge poppies, each bearing the name of a fallen officer in the inside – one for every one of the 22 men named on the War Memorial who lost their lives during World War 1.

Bagpipes will play at Campus West at 6am, and Bugler will play at 6:55pm, trailed by the reference points being lit on the fifth floor of Campus West, and church chimes ringing out in Welwyn Hatfield, all to stamp the Battle’s Over.

An administration will likewise be held at the War Memorial in Harmer Green Lane, Welwyn, which will be gone to by Welwyn Parish Councilors and individuals from Digswell Village Church. The administration starts at 12:30pm, and incorporates wreath laying.

There will be a Sunrise Act of Remembrance at the War Grave Cemetery off the Great North Road initiating at 7am on Sunday eleventh November 2018.

– Parking has been masterminded at Hatfield House guests carpark (St George’s Gate, AL9 5HX) if you don’t mind pursue the poppies to the passageway to the War Graves, we will set up a stopping sign to demonstrate the way. On the other hand individuals can leave on the Great North Road, cones and staff in Hi-Viz coats will check the territory, however please know that vehicles and lorries drive extremely quick along this stretch of the Great North Rd.

Additionally on Sunday eleventh November, a Parade will begin from the Red Lion Pub traffic Lights, Great North Rd (AL9 5EU) at 10.45am. Following this the Service of Remembrance will be held in the Memorial Gardens, trailed by the laying of wreaths. Leaving is accessible in the Station vehicle leave AL9 5AB.

Everybody is then welcomed to pursue the Clergy and march into the grounds of Hatfield House, along the North Avenue up to the means of Hatfield House for a short administration which is like occasions toward the part of the bargain 1.

“Fight’s Over – A Nation’s Tribute” is being held outside Hertford Castle. WW1 pictures will be anticipated on Hertford Castle Gatehouse, with a signal lighting service at 7pm. Diversion will be given by North London Military Wives Choir.

A Remembrance Sunday march will begin at Kibes Lane at 2pm, before a Church administration at St Mary’s until 15:30. Wreaths will be laid at the War Memorial, before a walk back to Kibes Lane.

Various street terminations will be set up. 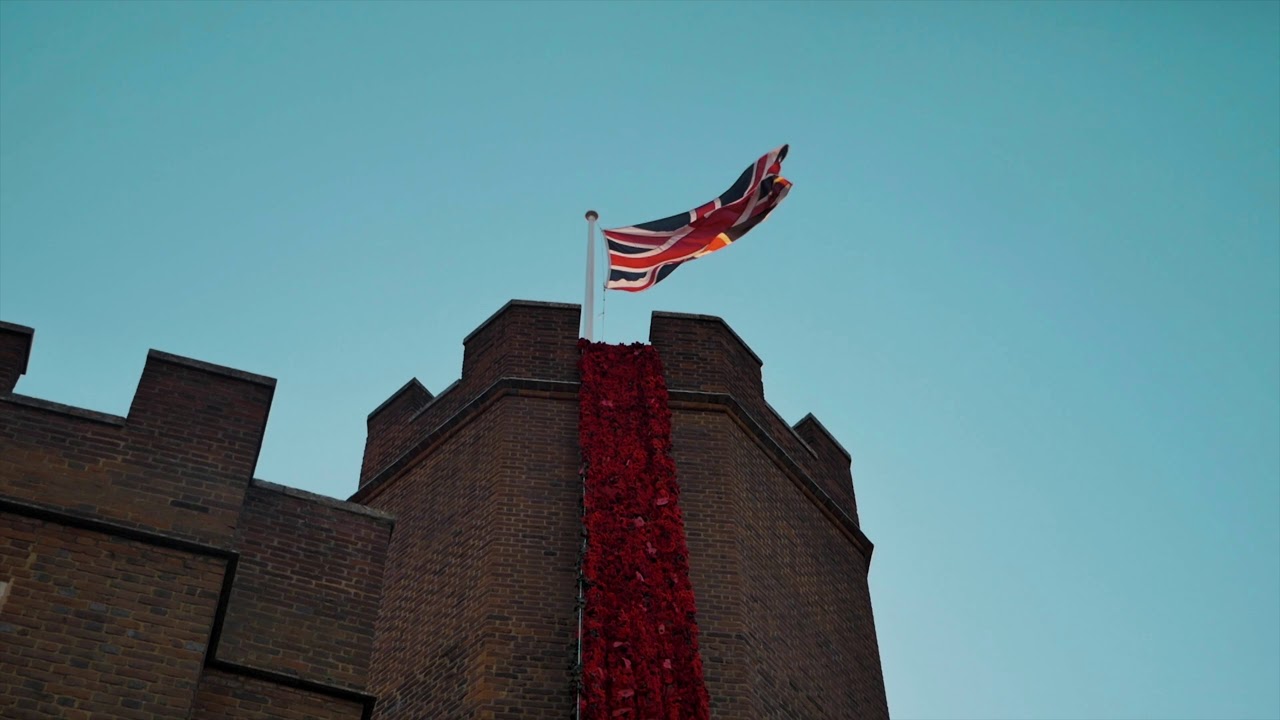 A reference point is being lit during St Albans Remembrance Day Service for Battle’s Over – A Nation’s Tribute, honoring a long time since the part of the bargain World War.

It will be one of many Beacons of Light being lit the nation over at 7pm on Sunday 11 November.

The night administration will finish a day of occasions in St Albans sorted out as a major aspect of the national tribute to the millions killed and injured in fight.

St Albans Cathedral and St Albans Museum and Gallery will be lit up in red during the night to check a long time since the day the weapons fell quiet. ‘There But Not There’ Tommy outlines, speaking to the fallen, will likewise be in plain view at the two areas just as at the war remembrance close St Peter’s Church.

The day-long celebrations start at 6am with a solitary flute player playing ‘When the Battle’s O’er’ at the West End of St Albans Cathedral. Across the nation, 1,000 flute players will play this conventional tune just before first light breaks, proclaiming the beginning of the ‘Fight’s Over, A Nation’s Tribute’.

Everybody is then welcome to join the Mayor of the City and District of St Albans to stamp the two-minute quiet at 11am at the war commemoration close St Peter’s Church. This will be a casual social occasion at the war dedication at the highest point of St Peters’ Street, with no street terminations.

The remembrance will come full circle at night with the yearly St Albans Remembrance Day Service and Parade, coordinated to match with the national signal lighting.

Enormous poppies are being attached to light posts along St Peter’s Street prepared for the Remembrance Day Parade which will begin outside the previous BHS store from 6.30pm. The procession will at that point continue to the war commemoration close St Peter’s Church for the start of the multi-confidence remembrance administration at 6.45pm.

Delegates from HMS St Albans, the Royal British Legion, air, ocean and armed force cadets, the Guiding and Scout developments and the police will partake in the procession. They will be joined by Honorary Aldermen, Councilors from County, District, Town and Parish Councils and pioneers of the principle religions. The Mayor of the City and District of St Albans, Cllr Rosemary Farmer, will likewise visit, wearing authority robes, and joined by her Macebearer.

To start the administration, a bugler from St Albans Scouts wearing period outfit will sound the ‘All Clear’. During the administration, tea-lights speaking to the officers from St Albans who lost their lives in the First World War will be smothered. St Albans Rocks and the Royal British Legion are likewise making a line of poppy shakes in remembrance of the City’s fallen for a presentation at the war commemoration.

The reference point lighting at 7pm will at that point mark the beginning of a national two-minute quietness to recall the individuals who were killed or injured fighting during the First World War.

There will likewise be another signal lighting in St Albans at Highfield Park in Highfield Lane simultaneously.