New Year Dragon Dragons are of course legendary animals, but they are important to Chinese people who think of dragons as helpful, friendly creatures. They are linked to good luck, long life and wisdom. They are nothing like the fierce, fire-breathing Western dragons that carry off princesses and eat people. Chinese Dragons are associated with storm clouds and life-giving rain. They have special powers so they can fly in the air, swim in the sea and walk on land. The Dragon has features of other animals such as the horns of a stag, the scales of a fish and the footpads of a tiger. 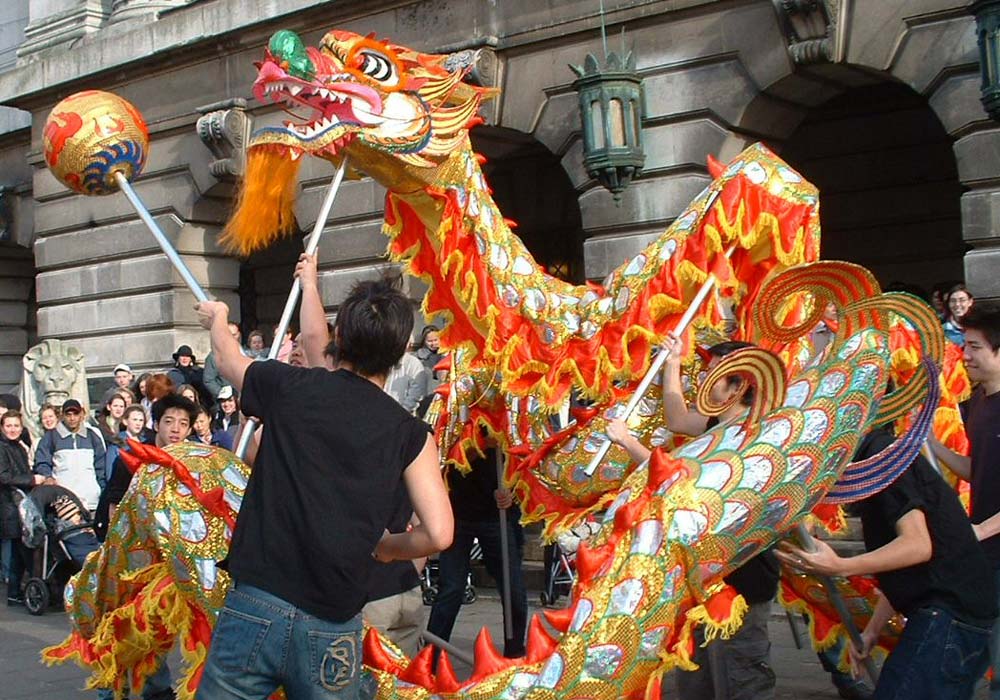 Dragon dances are performed at New Year to scare away evil spirits. During the dance the performers hold poles and raise and lower the Dragon. Sometimes one man has a ‘Pearl of Wisdom’ on a pole and he entices the Dragon to follow him to the beat of a drum, as if searching for wisdom and knowledge. 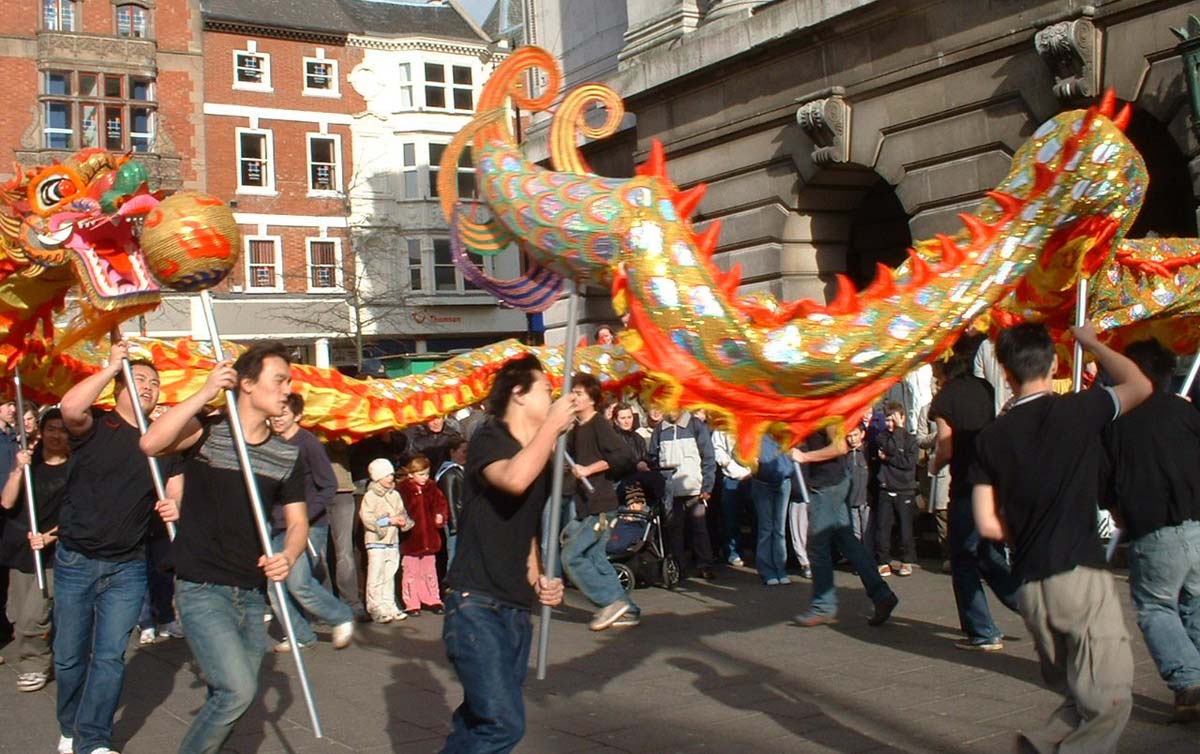 Dragons used in Dragon dances vary in length from a few metres to up to 100m long. Longer Dragons are thought to be more lucky than shorter ones. The dances can be performed either during the day or night, but at night a blazing torch will be carried to light the way.

Download and print out colouring pictures of a dragon and a dragon dance.