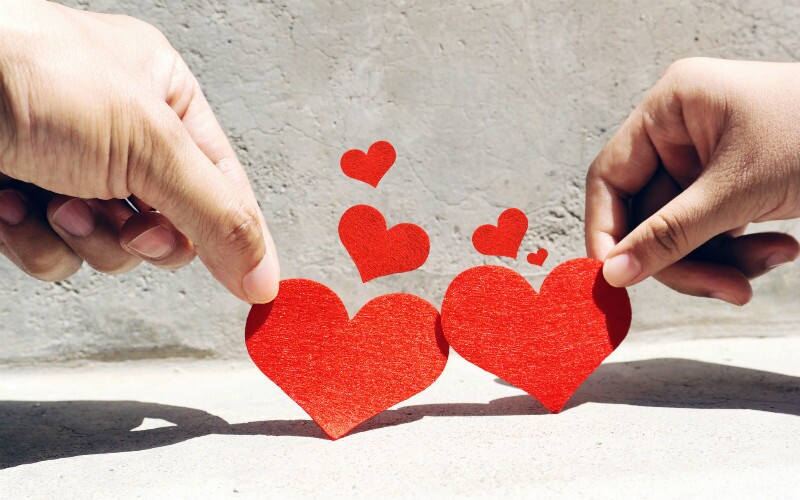 Chinese people have adopted the traditions of Westerners on celebrating Valentine’s Day, such as exchanging gifts (like flowers, chocolates, ties and watches), making a special date to or have a romantic dinner or watch a movie in the evening, or even to make a marriage registration if Valentine’s Day falls on a work day.

Hence, larger amounts of chocolate will be on sale in supermarkets, and, compared with that ordinary days, cinemas will be much busier, and the price of flowers (especially roses) and restaurants and hotels (especially romantic ones) could be much higher. Many restaurants will have special set menus, especially those in Hong Kong, Beijing and Shanghai. If you want to have a smooth celebration on Valentine’s Day, remember to make reservations as far in advance as you can.

Chinese people have also made some changes to the Western way of celebrating Valentine’s Day. For some senior couples, the husband might prepare a rich dinner, or buy an elegant dress elaborately for his wife on this day, to show his appreciation.

What Gifts Should You Give Your Love in China? 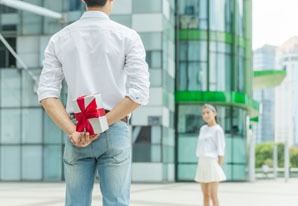 Most of the gifts for Valentine’s Day are the same as in western countries, such as:
Gifts from gentlemen: flowers (traditionally red roses), chocolates, jewelry, a dress, a fashionable bag, underwear (not suitable for those who have just started dating), a comb, a necklace, etc.
Gifts from ladies: a watch, a tie, a shirt, a shaver, a wallet, a lighter, etc.

As a gentleman, if you choose a bouquet of yellow roses as the gift to your girl, you might need to a volume of explanation, because presenting yellow roses to someone you love generally symbolizes the declaration of breaking up.

No Umbrella and Shoes for Valentine’s Day Gifts

These items would be fine for married couples. But if you are just going out or engaged, you might need to pay some attention to the perceived meanings below. It could help you avoid bad omens, according to ever, you may choose to pay no attention to them, because many of the young people in China now ignore it.

An umbrella should not be a gift for your love. This is because the Chinese for “umbrella” is 伞 (san), which sounds the same as 散 (‘breaking up’).

Shoes should not be a gift for your love either. This is because presenting shoes implies “packing off your love”. However, if you have your love refund 1 yuan, the curse will be broken.

Is There A Chinese Valentine’s Day? 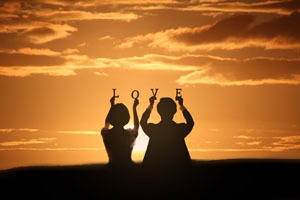 Why Lantern Festival Functioned as Valentine’s Day in Ancient China

Nowadays, people still go out for date on the evening of Lantern Festival (including appreciating lantern exhibitions and fireworks shows together, and attending other celebration activities).

Double Seven Festival (aka Qixi Festival) is recognized as Chinese Valentine’s Day for its romantic legend about two stars: Altair and Vega. Altair is said to be Niu Lang (a poor but industrious cowherd), Vega is said to be Zhi Nü (the seventh daughter of the lord of heaven), and a romantic love story is told of the two.

Check out the legend of Double Seven Festival.

If you are learning Chinese, or just looking for some Chinese films for Valentine’s Day, the films below might be right for your appetite. These films are selected according their good reputation in China, listed by release date.

执子之手, 与子偕老 (zhí zǐ zhī shǒu, yǔ zǐ xié lǎo)
With you I made an agreement: when I grasped your hand and I vowed to spend the rest of my life with you.

有情人终成眷属 (yǒu qíng rén zhōng chéng juàn shǔ)
All shall be well, Jack shall have Jill. love will find a way.

Who doesn’t want a human-sized teddy bear? Photo: Courtesy of the retailer. Here at the Strategist, we like to think of ourselves as crazy (in the good way) about the stuff we buy, but as much as we’d like to, we can’t try everything. Which is why we have People’s Choice, in which we find the best-reviewed […]

We can’t all be happy all of the time — it’s like Newton’s Third Law or something — so inevitably not everyone is going to be blissfully coupled up (or single) by the time Valentine’s Day rolls around each year, and there are bound to be some miserable outliers. Unfortunately, this year I’m a part of the […]