Skip to content
Home
Halloween Celebrations
Halloween Ending: What Happens And What It Means For Sequels

Halloween Ending: What Happens And What It Means For Sequels Halloween Ends Forty years separate John Carpenter’s original horror classic Halloween and the new movie that shares its title. And a LOT happened between Carpenter’s film and this new one, unexpectedly directed by David Gordon Green. Several sequels took the story of Laurie Strode (Jamie Lee Curtis) and Michael Myers into wild directions. But the 2018 Halloween resets the slate, while also leaving doors open for possible new avenues to explore.

As most of you likely have heard, long before you even entered into this article, the new Halloween acts as a natural sequel to the original Halloween… and in the process, it pretends that none of the other sequels took place. No, Laurie and Michael aren’t siblings. There is no Cult of Thorn, and Rob Zombie’s interpretations are a thing of the past.

Instead, Laurie is a traumatized survivor, who spent (wasted?) 40 years preparing for the return of the lunatic who senselessly butchered her friends one fateful Halloween night. Laurie’s obsession has affected her entire life, bleeding down to her relationship with her daughter, Karen (Judy Greer), and her granddaughter, Allyson (Andi Matichak).

How does it all get resolved? Let’s dig into the spoilers for Halloween, and discuss what happens, how it happened, and what the final shots mean for potential sequels and future storylines in the Halloween universe.

What happens at the end?

David Gordon Green’s movie concludes with the confrontation that has been 40 years in the making. Michael Myers arrives at Laurie’s fortified home.

Driven to the outskirts of Laurie’s house by a suddenly homicidal Dr. Sartain (Haluk Bilginer), Michael makes quick work of the doc — in the movie’s most brutal kill — then dismisses the bumbling police officers who slowly react to the scene of that crime. Michael’s not finished yet. The serial killer distracts Karen’s husband, Ray (Toby Huss), by using one cop’s skull AS A JACK-O-LANTERN! Then he quickly kills Ray, and turns his attention to Laurie’s house.

With Karen tucked safely in the basement, Laurie begins to confront Michael. The Shape is somewhere in the house, and David Gordon Green milks enormous tension out of Laurie’s hunt for Michael in her darkened abode.

Using only a shotgun and a flashlight, Laurie sweeps room after room, securing each doorway once she knows an area has been cleared. This takes her to one bedroom that’s loaded with mannequins she normally uses for target practice. Not creepy at all. And Laurie’s forced to investigate a closet that looks similar to the one from the original… wire hangers and all.

Michael isn’t there. He’s hiding behind the mannequins. He subdues Laurie, temporarily, then sets off to eliminate Karen. By now, Allyson has joined her mom in the basement, and Karen — armed with her childhood rifle (that has her initials burned into them) — tricks Michael Myers in the movie’s greatest “gotcha” moment.

Laurie and Michael fight. The three women manage to lure him down the steps into the basement, where Karen confirms that the safe room is not a cage, as Allyson believed. It’s the ultimate trap for Michael. Bars come down across the only entrance. He silently looks up and the three surviving Strode as Laurie launches the final phase of her plan. She has gas nozzles all through the house. She ignites each one, and the home is engulfed in raging flames as Laurie, Karen and Allyson leave, meeting a pickup truck that’s passing by in the road. They’re safe… for now.

How could he… right? When last we actually see Michael, the flames are surrounding him in Laurie’s basement. There’s no way out of the Safe Room that Laurie has constructed in her home. The likely assumption is that Michael Myers finally bit off more than he could chew by going after Laurie and her family members, and he met his end in a fiery confrontation as Laurie, Karen and Allyson fled.

Only, David Gordon Green gives us one last look at the basement. And he shows the place where Michael Myers was standing. The flames are still consuming the safe room… but Michael isn’t there.

Still, there’s NO WAY that he got out of the room, right? Laurie had him trapped for good, and the flames were closing in.

Let’s be real, though. Once David Gordon Green’s Halloween breaks the bank — and we expect this movie to make a lot of money over the Halloween season — Universal will come knocking looking for potential sequels ideas. And classic killers NEVER stay dead in horror movies, meaning that Green’s decision to cut back into the basement one last time and NOT show a charred corpse means that The Shape could live to stalk another day.

Stalk who? Let’s break that down.

The final shot of Halloween 2018 shows the surviving Strode ladies in the back of the pickup truck that has carried them away from Laurie’s burning home. In any other movie, this would be a sweet and tender group shot, as Jamie Lee Curtis’ head is resting on Judy Greer’s shoulder, and Andi Matichak is snuggled beside these two strong women.

But the camera pans across their troubled faces, then scans down to see the kitchen knife still in Matichak’s hand, and we remember that this is a traumatic movie ABOUT how trauma affects attack victims for decades. Think these new characters are walking away from this new Halloween unscathed? They’re not.

The whole point of the new Halloween is that Laurie carried the burden of Michael’s senseless attack for 40 years, and she let it ruin her life. For the bulk of Halloween, Judy Greer’s Karen resented her mother’s state, and begged her to move on. But Andi Matichak’s Allyson sympathized. Now, both women have seen Michael Myers in action. And he took away men who were important in their lives. What affect will that have on them?

A sequel easily could shift focus to the new ladies introduced in Halloween 2018. Laurie’s legacy, passed down to her daughter and granddaughter, could be the paranoia and fear that both consumed her, and helped her prepare for the inevitable return of her stalker. That’s fertile ground to explore.

Also, you don’t need Michael Myers, traditionally, to carry on the series. I mean, this could be sacrilege, but the new movie already showed two groups of people so obsessed with the idea of Michael that they made bold strides to understand him.

The podcast producers actually provoked his new rampage by showing him his classic mask. None of this would have happened, one could argue, if those two just left well enough alone and let the hospital transfer Michael. Side note: Who the hell thought it was a good idea to transfer Myers to a new facility on the evening before Halloween? That couldn’t take place in, like, January??

Then there’s Dr. Sartain, or “the new Loomis,” who actually kills a man just to know what Michael feels when he murders people. Sartain goes so far as to wear the mask of Michael Myers. And while he dies in this movie, do we think he’s the only one out there obsessed with the lore of Michael, who’d kill to be the next person to wear the mask?

Again, the new Halloween has to do well at the box office if Universal is going to pursue a sequel with these characters. But I think that keeping Michael alive (probably) and passing the baton — or large, shark blade — to Judy Greer and Andi Matichak means there are plenty of possibilities for more stories on this timeline. Do you agree? 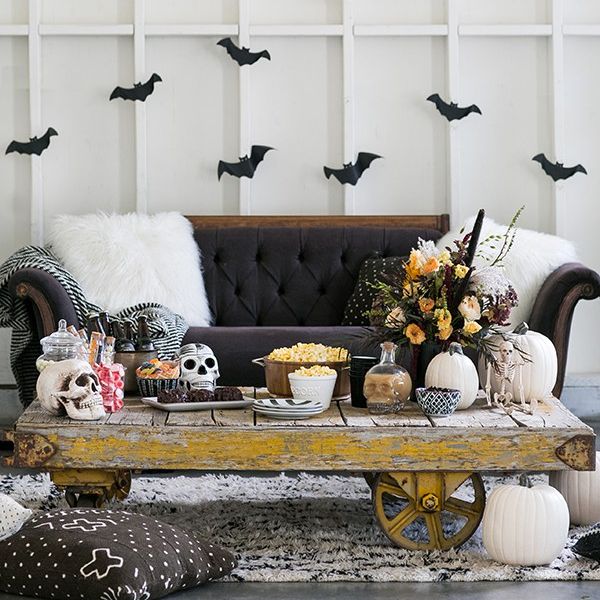 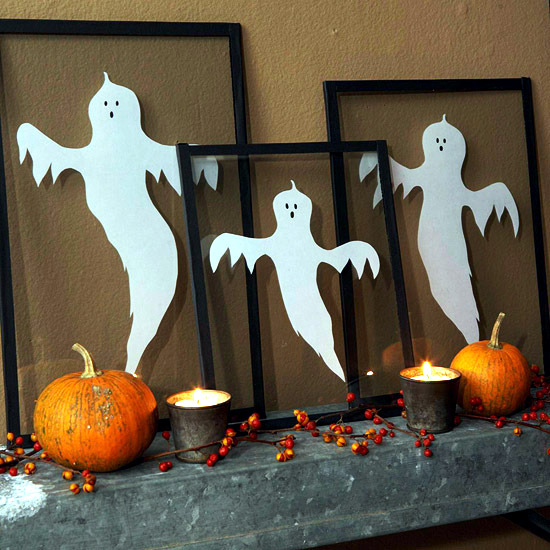