Good Friday is observed on the Friday before Easter Sunday. On this day Christians commemorate the passion, or suffering, and death on the cross of Jesus Christ. Many Christians spend Good Friday in fasting, prayer, repentance, and meditation on the agony and suffering of Christ. 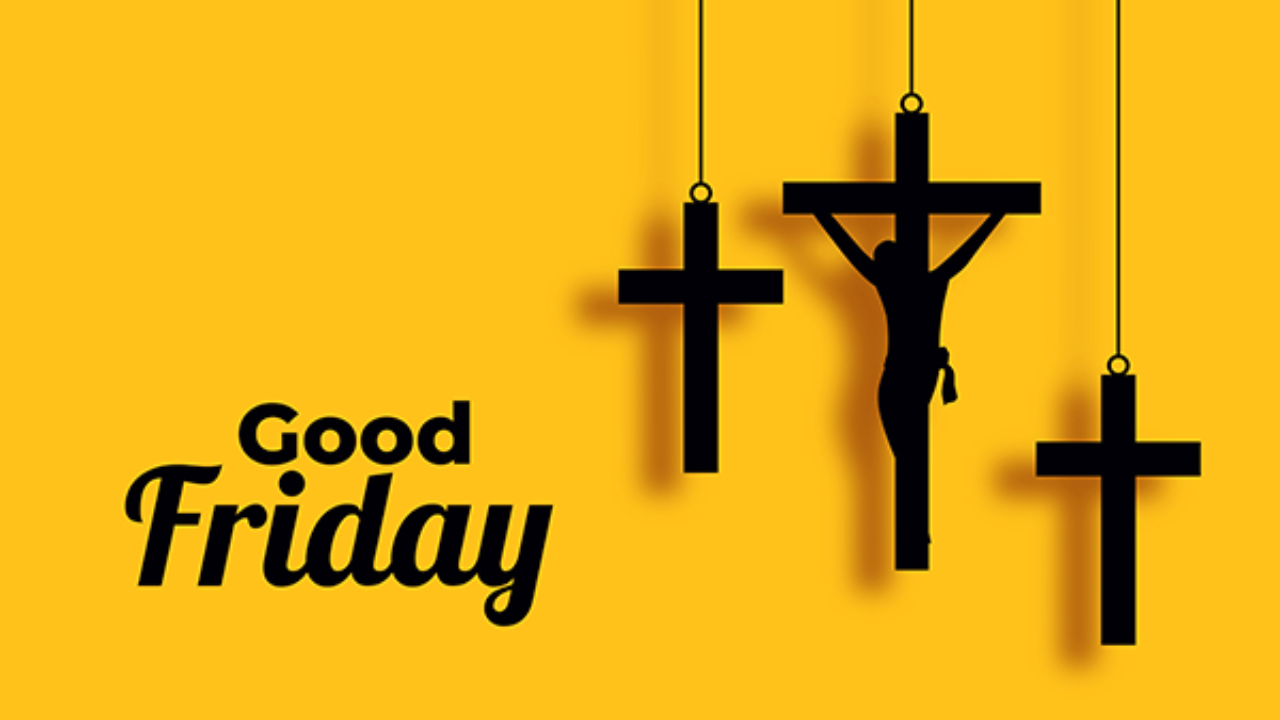 What Happened on Good Friday?

On Good Friday, Christians focus on Jesus Christ’s death. The night before he died, Jesus and his disciples took part in the Last Supper and then went to the Garden of Gethsemane. There, Jesus spent his last hours praying to the Father while his disciples slept nearby:

“Going a little farther, he fell with his face to the ground and prayed, ‘My Father, if it is possible, may this cup be taken from me. Yet not as I will, but as you will.'” (Matthew 26:39, NIV)

“This cup” was death by crucifixion, one of the most dreaded and painful methods of execution in the ancient world. But “this cup” also represented something even worse than crucifixion. Christ knew in death he would take on the sins of the world—even the most heinous crimes ever committed—to set believers free from sin and death:

“He prayed more fervently, and he was in such agony of spirit that his sweat fell to the ground like great drops of blood.” (Luke 22:44, NLT)

Before morning dawned, Jesus was arrested. At daybreak, he was questioned by the Sanhedrin and condemned. But before they could put him to death, the religious leaders first needed Rome to approve of their death sentence. Jesus was taken to Pontius Pilate, the Roman governor in Judea. Pilate found no reason to charge Jesus. When he discovered that Jesus was from Galilee, which was under Herod’s jurisdiction, Pilate had Jesus sent to Herod who was in Jerusalem at the time.

Jesus refused to answer Herod’s questions, so Herod sent him back to Pilate. Although Pilate found him innocent, he feared the crowds who wanted Jesus crucified, so he sentenced Jesus to death.

Jesus was brutally beaten, mocked, struck on the head with a staff and spit on. A crown of thorns was placed on his head and he was stripped naked. He was made to carry his own cross, but when he grew too weak, Simon of Cyrene was forced to carry it for him.

Jesus was led to Calvary where soldiers drove stake-like nails through his wrists and ankles, affixing him to the cross. An inscription that read “King of the Jews” was placed over his head. Jesus hung on the cross for approximately six hours until he took his final breath. While he was on the cross, soldiers cast lots for Jesus’ clothing. Onlookers shouted insults and jeered.

Two criminals were crucified at the same time. One hung on Jesus’ right and the other on his left (Luke 23:39-43). At one point, Jesus cried out to his father, “My God, my God, why have You forsaken Me?”

Then darkness blanketed the land. As Jesus gave up his spirit, an earthquake shook the ground and caused the temple curtain to rip in half from top to bottom:

“At that moment the curtain in the sanctuary of the Temple was torn in two, from top to bottom. The earth shook, rocks split apart, and tombs opened. The bodies of many godly men and women who had died were raised from the dead. They left the cemetery after Jesus’ resurrection, went into the holy city of Jerusalem, and appeared to many people.” (Matthew 27:51-53, NLT)

It was customary for Roman soldiers to break the criminal’s legs, causing death to come more quickly. But only the thieves had their legs broken. When the soldiers came to Jesus, he was already dead.

As evening fell, Joseph of Arimathea (with the help of Nicodemus) took Jesus’ body down from the cross and had him placed in his own new tomb. A great stone was rolled over the entrance, sealing the tomb.

Why Is Good Friday Called “Good?”

In Christianity, God is holy and humans are sinful; holiness is incompatible with sin, so humanity’s sin separates us from God. The punishment for sin is eternal death. But human death and animal sacrifices are insufficient to atone for sin. Atonement requires a perfect, spotless sacrifice, offered in just the right way.

Christians believe that Jesus Christ was the one and only perfect God-man, that his death provided the perfect atoning sacrifice for sin and that through Jesus, our own sins can be forgiven. Consequently, when we accept Jesus Christ’s payment for sin, he washes away our sin and restores our right standing with God; God’s mercy and grace make salvation possible and we receive the gift of eternal life through Jesus Christ. These beliefs explain why the date of Jesus’ crucifixion is considered a “Good” Friday.

Many Christians around the world observe Good Friday on the Friday before Easter Sunday. It commemorates Jesus Christ’s Passion, crucifixion, and death, which is told in the Christian Bible. It is the day after Maundy Thursday.

Many people in different countries celebrate the anniversary of Jesus Christ’s crucifixion, and death on the Friday before Easter Sunday.  This is an observance that involves people fasting and praying. Many church services are held in the afternoon, usually around noon or midday to 3pm, to remember the hours when Jesus hung on the cross. Many churches also observe the day by re-enacting the procession of the cross as in the ritual of the Stations of the Cross, which depicts the final hours of Jesus’ life. Processions are held in many countries such as India, Italy, Malta, the Philippines, and Spain. Kites that are often handmade are flown in Bermuda on Good Friday to symbolize the cross that Jesus died on, as well as his ascension into heaven. This custom dates back to the 19th century. Churches in countries, such as Belgium and Mexico, are draped in black on Good Friday in memory of Jesus’ suffering on the cross. The day is solemn and a general air of sadness is felt in many towns and villages. Many Christians in Poland fast on dry bread and roasted potatoes. Egg decorating is also part of the Easter preparations in Poland and many other countries.

Good Friday is a public holiday in many countries including (but not exclusive to):

Good Friday is not a federal holiday in countries such as the United States, although it is a state holiday in some states, including Hawaii. Some people have a day off work on Good Friday in the Netherlands, while others work.

There are many theories as to why the day that remembers Jesus’ death on the cross is known as Good Friday. One school of thought is that Good Friday stems from the words “God’s Friday”, while others understand “good” in the sense of “observed as holy”. According to yet another interpretation, despite the horrors Jesus endured on that day, the event ultimately represents an act of love and constitutes one of the central and most cherished themes of Christianity: that Jesus died to pay the price for humankind’s sins. Many Orthodox Christians call the day Great Friday. The day is also known as Black Friday or Sorrowful Friday, as well as Long Friday.

The Good Friday date is one of the oldest Christian holidays, with some sources saying that it has been observed since 100 CE. It was associated with fasting during the early years of its observance and was associated with the crucifixion around the fourth century CE. The Easter date depends on the ecclesiastical approximation of the March equinox.

Good Friday is celebrated in memory of Christ’s Passion, crucifixion, and death. The most important Good Friday symbol is the crucifix, or cross, which represents the way in which Jesus died. Some crosses bear a figure of Christ. Other symbols of Good Friday include black cloth used to cover the cross, paintings and statues in churches and some homes to signify mourning. In addition, some people deliberately create a bare appearance in their homes and churches by removing all flowers and shiny objects.