Good Friday afternoon to Easter Sunday sunrise does not add up to three days and three nights. This chart shows the chronology of Christ’s crucifixion and resurrection that matches the biblical festivals and confirms the sign of Jonah.

Was Jesus in the tomb from Good Friday evening to Easter Sunday morning?

No, Jesus said that the sign that He was the Messiah was that He would be buried for “three days and three nights” (Matthew 12:40). In other words, He would be entombed for exactly 72 hours. It is impossible to fit 72 hours between Friday night and Sunday morning. When we closely study the Gospel accounts, we learn that Christ was entombed on a Wednesday evening and resurrected on a Saturday evening.

As proof that He was the Messiah, Jesus Christ promised in advance exactly how much time He would spend in the grave. He called it “the sign of the prophet Jonah.” 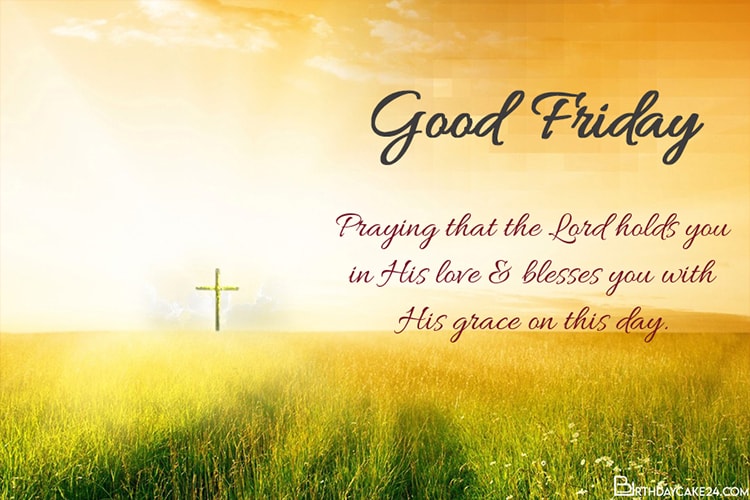 The religious leaders of Jesus’ day had seen Him work miracles but still didn’t believe He was the Messiah (Matthew 12:23, 38). In fact, the Pharisees plotted “how they might destroy Him” (verse 14) and accused Him of working for Satan (verse 24)!

So when they asked for another sign, Jesus said:

Jesus referred to the great miracle from the book of Jonah. God prepared a great fish to swallow Jonah, and Jonah was in the belly of the fish for three days and three nights before God told the fish to spit him out, alive, on the shore. And Christ let everyone know that He would be in the grave for the exact same length of time. He said the sign of Jonah would be the only sign He would give them. This important prophecy was very specific.

How do you get three days and three nights between Friday afternoon and Sunday morning?

Yet today most churches ignore this sign or try to explain that it didn’t really mean three full days and three full nights. Why? Because of a common misunderstanding about the holy times during that week many call Holy Week.

First, try to do the math. Almost all Christian churches teach Jesus Christ died and was buried late Good Friday afternoon, then was raised early Easter Sunday morning. That’s Friday night, Saturday day and Saturday night: two nights and one day. Even if you wanted to stretch things to call the few minutes of daylight on Friday a day, that’s only two days and two nights. Remember, Jesus was already risen before sunrise on Sunday (John 20:1). Jesus clearly stated that He and His disciples were celebrating the Passover when He washed their feet and added the New Testament ceremony of the bread and the wine. He said: “With fervent desire I have desired to eat this Passover with you before I suffer” (Luke 22:15).

Jesus and His disciples followed the command found in Leviticus 23 describing the “feasts of the Lord.” “On the fourteenth day of the first month at twilight is the Lord’s Passover” (verses 4-5). Biblical days started in the evening, so after that Passover ceremony, but still on the Passover day, Jesus was arrested, beaten and crucified. He died around 3 p.m. (“the ninth hour” of daylight in the Jewish system of time keeping; Matthew 27:45-50; Mark 15:33-37; Luke 23:44-46) and was buried before sunset. In fact, the Jewish leaders were urgent that Jesus’ body not remain on the cross the next day.

“Therefore, because it was the Preparation Day, that the bodies should not remain on the cross on the Sabbath (for that Sabbath was a high day), the Jews asked Pilate that their legs might be broken, and that they might be taken away” (John 19:31).

Most people today would see the word Sabbath and assume this means Saturday, since the regular weekly Sabbath day taught in the Bible is from Friday sunset to Saturday sunset. But most miss the fact that John called it a “high day.” What did he mean? Let’s quickly go back to Leviticus 23. What comes right after the Passover (the 14th)?

“And on the fifteenth day of the same month is the Feast of Unleavened Bread to the LORD; seven days you must eat unleavened bread. On the first day you shall have a holy convocation; you shall do no customary work on it” (Leviticus 23:6-7).

This First Day of Unleavened Bread was an annual Sabbath day—a high day. And it can come on different days of the week.

So the logical explanation is that Christ was exactly right about the three days and three nights. People today are just confused about when He died and was resurrected. It couldn’t have been on a Friday afternoon and Sunday morning.

The accompanying chart shows the math that works—the chronology of Christ’s crucifixion and resurrection that matches the biblical festivals and confirms the sign of Jonah—the only sign Jesus said He would give!

You can learn more in the section “Holy Days vs. Holidays.” You can also see a more detailed infographic on the “Chronology of Christ’s Crucifixion and Resurrection” on our infographics page.

When Was Jesus Christ Crucified and Resurrected?

Jesus Christ said He would be in the grave for three days and three nights. How can you count that from Good Friday afternoon to Easter Sunday morning?

But how can we fit “three days and three nights” between a Friday-afternoon crucifixion and a Sunday-morning resurrection? This traditional view allows for Jesus to have been entombed for only a day and a half.

Infographic: Three Days & Three Nights – The Chronology of Jesus Christ’s Death, Burial and Resurrection
The choice of a Sunday date for Easter is based on the assumption that Christ rose from the grave early on a Sunday morning. The popular belief is that Christ was crucified on a Friday and rose on a Sunday. But neither of these suppositions is true. A close reading of the Bible makes that quite clear.

Some believe that Christ’s “three days and three nights” statement does not require a literal span of 72 hours, reasoning that a part of a day can be reckoned as a whole day. Thus, since Jesus died in the afternoon, they think the remainder of Friday constituted the first day, Saturday the second and part of Sunday the third. However, only two nights—Friday night and Saturday night—are accounted for in this explanation. Something is obviously wrong with the traditional view regarding when Christ was in the tomb.

Jonah 1:17, to which Christ referred, states specifically that “Jonah was in the belly of the fish three days and three nights.” We have no basis for thinking that Jesus meant only two nights and one day, plus parts of two days. If Jesus were in the tomb only from late Friday afternoon to early Sunday morning, then the sign He gave that He was the prophesied Messiah was not fulfilled.

Let’s carefully examine the details from the Gospels. When we do, we uncover the real story of how Jesus’ words were fulfilled precisely.

Notice the events outlined in Luke 23. Jesus’ moment of death, as well as His hasty burial because of the oncoming Sabbath that began at sundown, is narrated in Luke 23:46-53. Luke 23:54 then states, “That day was the Preparation, and the Sabbath drew near.”

Many have assumed that it is the weekly Sabbath mentioned here, and that Jesus was therefore crucified on a Friday. But John 19:31 shows that this approaching Sabbath “was a high day”—not the weekly Sabbath (Friday sunset to Saturday sunset) but the first day of Unleavened Bread, which is one of God’s annual high, or Sabbath, days (Exodus 12:16-17; Leviticus 23:6-7). These annual Holy Days could—and usually did—fall on days of the week other than the regular weekly Sabbath day.

This high-day Sabbath was Wednesday night and Thursday, since Luke 23:56 shows that the women, after seeing Christ’s body being laid in the tomb just before sunset, “returned and prepared spices and fragrant oils” for the final preparation of the body.

Such work would not have been done on a Sabbath day since it would have been considered a violation of the Sabbath. This is verified by Mark’s account, which states, “Now when the Sabbath was past, Mary Magdalene, Mary the mother of James, and Salome bought spices [which they would not have purchased on the high-day Sabbath], that they might come and anoint Him” (Mark 16:1).

The women had to wait until this annual “high day” Sabbath was over before they could buy and prepare the spices to be used for anointing Jesus’ body. Then, after purchasing and preparing the spices and oils on Friday, “they rested on the Sabbath according to the commandment” (Luke 23:56). This second Sabbath mentioned in the Gospel accounts is the regular weekly Sabbath, observed from Friday sunset to Saturday sunset.

By comparing details in both Gospels—where Mark tells us the women bought spices after the Sabbath and Luke relates that they prepared the spices before resting on the Sabbath—we can clearly see that two different Sabbaths are mentioned. The first, as John 19:31 tells us, was a “high day”—the first day of the Feast of Unleavened Bread—which, in A.D. 31, fell on a Thursday. The second was the weekly seventh-day Sabbath. He remained in the tomb from Wednesday at sunset until Saturday at sunset, when He rose from the dead. While no one witnessed His resurrection (which took place inside a sealed tomb), it had to have happened near sunset on Saturday, three days and three nights after His body was entombed. It could not have happened on Sunday morning, because when Mary Magdalene came to the tomb that morning before sunrise, “while it was still dark,” she found the stone rolled away and the tomb empty.

We can be assured that the length of His entombment that Jesus gave as proof He was the Messiah was exactly as long as He foretold. Jesus rose precisely three days and three nights after He was placed in the tomb.

Because most people do not understand the biblical high days Jesus Christ and His followers kept, they fail to understand the chronological details so accurately preserved for us in the Gospels.