Millions of Christians worldwide today are observing one of the most somber moments of their faith.

Good Friday commemorates the suffering and crucifixion of Jesus of Nazareth more than 2,000 years ago in Jerusalem.

At first glance, Good Friday seems like the ultimate misnomer. If Jesus suffered and died on this day, then why is it called “Good” Friday?

On one level, the answer is about the meaning of words.

But in another sense, Good Friday is always tied to Easter Sunday, which is a joyful celebration of the resurrection of Jesus. He could not have been resurrected if he had not died first. 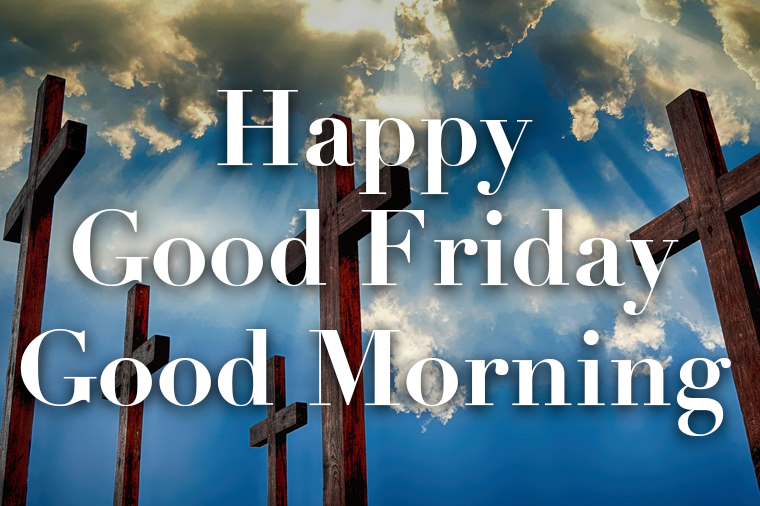 In planning the mural for the Beeson Divinity School chapel dome several years ago, Samford University had to decide how to portray Christ: glorified or suffering. He is portrayed in the artwork as exalted in heaven – but also with nail prints in his hands – to remember the suffering of the crucifixion. “Theologically, we must keep Good Friday and Easter together,” said Divinity School Dean Timothy George, who is retiring this spring. “Good Friday without Easter is doom and despair. Easter without Good Friday is empty sentiment and sentimentality. We have to remember what Jesus did on the cross, which is the fulfillment of God’s eternal plan for the whole world. It has cosmic consequences.”

The faithful often act out the events of Good Friday by carrying a large wooden cross and crown of thorns symbolic of the suffering of Christ.

In Jerusalem, they follow the Via Dolorosa, or Way of the Cross.

Jesus told his followers, “Whoever wants to be my disciple must deny themselves and take up their cross and follow me.” (Matthew 16:24, New International Version) Jesus’ example can provide strength through suffering, said the late Rev. John Claypool, who was a Southern Baptist preacher in Kentucky and later an Episcopal priest in Alabama.

The depths of evil

“God really does understand from the inside what it’s like to suffer, to be abandoned, to be alone,” Claypool said. “You can’t realize the absolute marvel of Easter unless you appreciate the suffering of Good Friday.” The events of Good Friday described in the Bible include the trial of Jesus, the shouts of the crowd to “Crucify him!” even when given a choice to free Jesus or Barabbas, followed by Jesus carrying the cross and being hung on it to die. “Good Friday is so powerfully significant because it gives us a glimpse into the depths of human evil,” Claypool said. “You see the best and the worst of human nature.”

“Christians believe the sins of the whole world were poured out on Christ,” George said. “It’s really a bad Friday, a horrible Friday. When it is seen as leading to the Resurrection, it was indeed a Good Friday.” 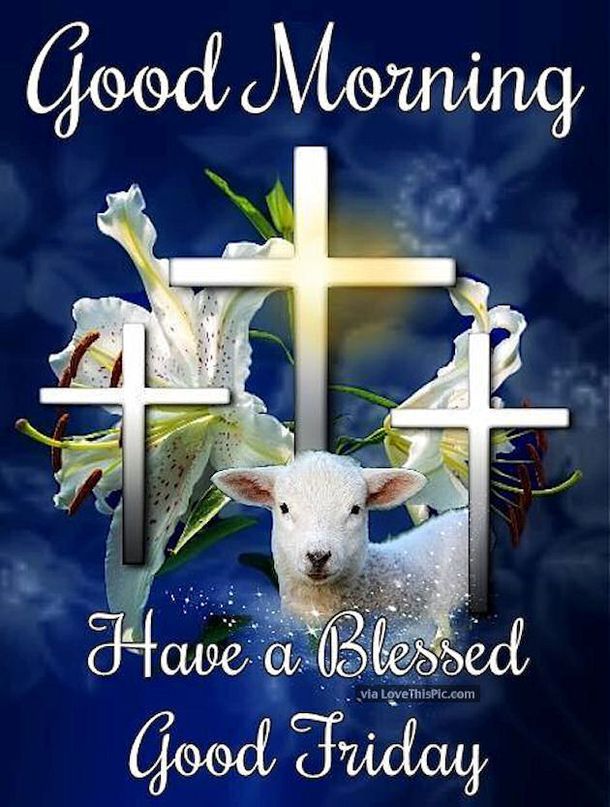 Good Friday – What Happened on Good Friday?
Although the term “Good Friday” is not mentioned in the Bible, we can study the events that took place on the day Jesus was crucified. After Jesus was arrested in the Garden of Gethsemane, He was taken through several trials before the chief priests, Pontius Pilate, and Herod (Luke 22:54–23:25). Three of the trials were by Jewish leaders and three by the Romans (John 18:12-14, Mark 14:53-65, Mark 15:1-5, Luke 23:6-12, Mark 15:6-15). These events led up to Good Friday.

Pilate tried to compromise with the religious leaders by having Jesus beaten, but this act didn’t satisfy them, so Pilate handed Jesus over to be crucified (Mark 15:6-15). Jesus was mocked by the soldiers as they dressed Him in a purple robe and a crown of thorns (John 19:1-3). The sentence was written “Jesus of Nazareth, King of the Jews.” Jesus, assisted by Simon of Cyrene, was then forced to carry His cross to the place of His death. It was at Golgotha that Jesus was crucified along with two criminals (John 19:17-22).

Later in the day, the Bible tells us that Joseph of Arimathea asked Pilate for Jesus’ body and was granted permission. Joseph took the body, wrapped it in a clean linen cloth, and placed it in his own new tomb. He then rolled a big stone in front of the entrance.

Good Friday – Was it Friday?
The Bible does not tell us exactly the day of the week Jesus was crucified. Most scholars believe it was either Friday or Wednesday. There are others who compromise and say it was a Thursday.1 In Matthew 12:40, Jesus said, “For as Jonah was three days and three nights in the belly of a huge fish, so the Son of Man will be three days and three nights in the heart of the earth.”

No matter what day Jesus was crucified, we know that He died and rose from the grave! Since the day is not explicitly mentioned in the Bible, we can assume that it is not all that important.

Good Friday – Why is it “Good”?
Is good Friday really “good”? It may seem odd that people celebrate the day Jesus’ was crucified as “good.” Obviously, the suffering Jesus went through on Good Friday was not good. He was whipped, beaten, mocked, and killed in a very violent way. How can that be good?

The results of Jesus’ death are very good! This is explained in Romans 5:8: “But God demonstrates his own love for us in this: While we were still sinners, Christ died for us.” Then in 1 Peter 3:18, it is reiterated again: “For Christ died for sins once for all, the righteous for the unrighteous, to bring you to God. He was put to death in the body but made alive by the Spirit.” When they came to the place called The Skull, there they crucified Him and the criminals, one on the right and the other on the left. But Jesus was saying, “Father, forgive them; for they do not know what they are doing.” —Luke 23:33-34a

And Jesus, crying out with a loud voice, said, “Father, into Your hands, I commit My spirit.” Having said this, He breathed His last. —Luke 23:46

The kind of death that Jesus died on the cross, called crucifixion, was very painful. One reason it was so excruciating was because the crucified person’s hands and feet were nailed to a huge cross made out of large pieces of wood.

When Jesus was hanging on the cross, people in the crowds below teased and mocked Him. They made a crown of thorns for Him to wear. They were making fun of Him by calling Him “The King of The Jews.” They even gave Him vinegar instead of water when He was thirsty.

But even while Jesus was in pain and being made fun of, He asked God to forgive all the people who wanted to kill Him. He chose to stay up on the cross—even though He was powerful enough to come down from it—because He loved us. He knew He had to die so all of our sins could be crossed out forever. This is why we celebrate Good Friday: the day Jesus died.

Even though He’d done nothing wrong, He took the punishment for us instead. He died for us. This way, we could live and be forgiven of our sins!