Churches around the world will be holding services for their three most important days during this Holy Week: Holy Thursday, sometimes called Maundy Thursday, Good Friday and Easter Sunday. 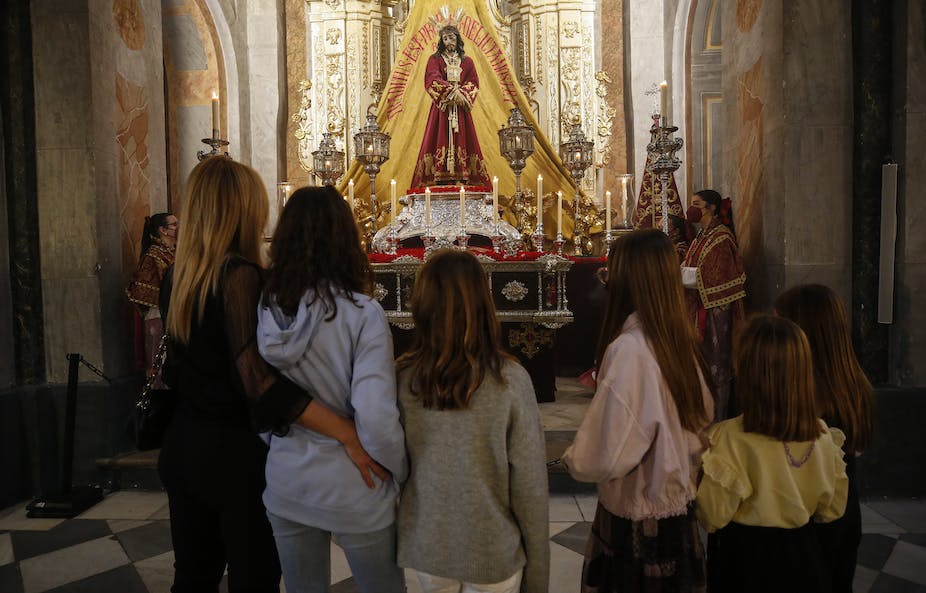 Easter commemorates Christ’s resurrection from the dead, the fundamental belief of Christianity. It is the earliest and most central of all Christian holidays, more ancient than Christmas.

As a scholar in medieval Christian liturgy, I know that historically the most controversial of these three holy days has been the worship service for Good Friday, which focuses on the crucifixion of Jesus Christ.

Two parts of the contemporary Good Friday worship service could be misunderstood as implicitly anti-Semitic or racist. Both are derived from the medieval Good Friday liturgy that Catholics and some other Christian churches continue to use in a modified form today.

The solemn orations are formal prayers offered by the assembled local community for the wider church, for example, for the pope. These orations also include other prayers for members of different religions, and for other needs of the world.

One of these prayers is offered “for the Jewish people.”

For centuries, this prayer was worded in a way to imply an anti-Semitic meaning, referring to the Jews as “perfidis,” meaning “treacherous” or “unfaithful.”

However, the Catholic Church made important changes in the 20th century. In 1959, Pope John XXIII dropped the word “perfidis” entirely from the Latin prayer in the all-Latin Roman missal. This missal, an official liturgical book containing the readings and prayers for the celebration of Mass and Holy Week, is used by Catholics all over the world. However, when the next edition of the Latin Roman missal was published in 1962, the text of the prayer still mentioned the “conversion” of the Jews and referred to their “blindness.”

The Second Vatican Council, or Vatican II, a major meeting of all Catholic bishops worldwide held between 1962 and 1965, mandated the reform of Catholic life and practice in a number of ways. Open discussion with members of other Christian denominations, as well as other non-Christian religions, was encouraged, and a Vatican commission on Catholic interaction with Jews was established in the early 1970s.

Vatican II also called for a renewal of Catholic worship. The revised liturgy was to be celebrated not just in Latin, but also in local vernacular languages, including English. The first English Roman missal was published in 1974. Today, these post-Vatican religious rituals are known as the “ordinary form” of the Roman rite.

The completely reworded prayer text reflected the renewed understanding of the relationship between Catholics and Jews mandated by Vatican II and supported by decades of interreligious dialogue. For example, in 2015 the Vatican commission released a document clarifying the relationship between Catholicism and Judaism as one of “rich complementarity,” putting an end to organized efforts to convert Jews and strongly condemning anti-Semitism.

However, another important development took place in 2007. More than 40 years after Vatican II, Pope Benedict XVI allowed a wider use of the pre-Vatican II missal of 1962, known as the “extraordinary form.”

At first, this pre-Vatican II missal retained the potentially offensive wording of the prayer for the Jews.

The prayer was quickly reworded, but it does still ask that their hearts be “illuminated” to “recognize Jesus Christ.”

Although the extraordinary form is used only by small groups of traditionalist Catholics, the text of this prayer continues to trouble many.

In 2020, on the 75th anniversary of the liberation of the concentration camp at Auschwiz, Pope Francis repeated the vehement Catholic rejection of anti-Semitism. While the pope has not revoked the use of the extraordinary form, in 2020 he ordered a review of its use by surveying the Catholic bishops of the world.

The cross and what it symbolizes

There has been similar sensitivity about another part of the Catholic Good Friday tradition: the ritual veneration of the cross.

The earliest evidence of a Good Friday procession by lay people to venerate the cross on Good Friday comes from fourth-century Jerusalem. Catholics would proceed one by one to venerate what was believed to be a piece of the actual wooden cross used to crucify Jesus, and honor it with a reverent touch or kiss.

So sacred was this cross fragment that it was heavily guarded by the clergy during the procession in case someone might try to bite off a sliver to keep for themselves, as was rumored to have happened during a past Good Friday service.

During the medieval period, this veneration rite, elaborated by additional prayers and chant, spread widely across Western Europe. Blessed by priests or bishops, ordinary wooden crosses or crucifixes depicting Christ nailed to the cross took the place of fragments of the “true cross” itself. Catholics venerated the cross on both Good Friday and other feast days.

In this part of the Good Friday liturgy, controversy centers around the physical symbol of the cross and the layers of meaning it has communicated in the past and today. Ultimately, to Catholics and other Christians, it represents Christ’s unselfish sacrificing of his life to save others, an example to be followed by Christians in different ways during their lives.

Historically, however, the cross has also been held up in Western Christianity as a rallying point for violence against groups that were deemed by the church and secular authorities to threaten the safety of Christians and the security of Christian societies.

From the late 11th through 13th centuries, soldiers would “take the cross” and join crusades against these real and perceived threats, whether these opponents were Western Christian heretics, Jewish communities, Muslim armies, or the Greek orthodox Byzantine Empire. Other religious wars in the 14th through 16th centuries continued in this “crusading” spirit.

From the 19th century on, Americans and other English speakers use the term “crusade” for any effort to promote a specific idea or movement, often one based on a moral ideal. Examples in the United States include the 19th-century antislavery abolitionist movement and the civil rights movement of the 20th century.

But today certain “ideals” have been rejected by the wider culture.

Contemporary alt-right groups use what has been called the “Deus vult” cross. The words “Deus vult” mean “God wills (it),” a rallying cry for medieval Christian armies seeking to take control of the Holy Land from Muslims. These groups today view themselves as modern crusaders fighting against Islam.

Some white supremacy groups use versions of the cross
as symbols of protest or provocation. The Celtic cross, a compact cross within a circle, is a common example. And a full-sized wooden cross was carried by at least one protester during the Capitol insurrection in January.

Prayers and symbols have the power to bind people together in a common purpose and identity. But without understanding their context, it is all too easy to manipulate them in support of dated or limited political and social agendas.

Good Friday is the day on which Catholics commemorate the crucifixion of Jesus Christ. Catholics are joined by almost all other Christians in solemn commemoration on this day. It is also a legal holiday around much of the world. 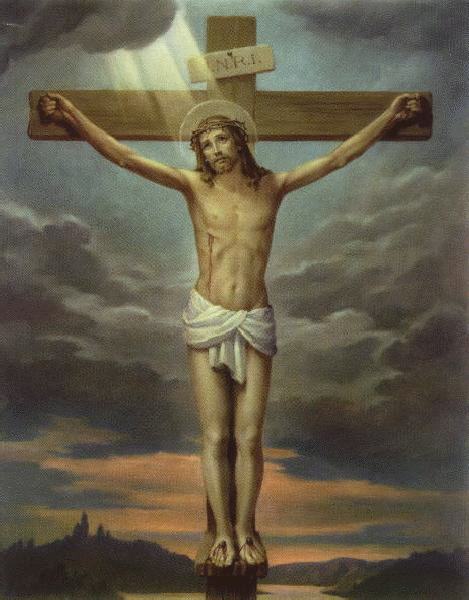 According to the gospels, Jesus was betrayed by Judas on the night of the Last Supper, commemorated on Holy Thursday. The morning following Christ’s arrest, he was brought before Annas, a powerful Jewish cleric. Annas condemned Jesus for blasphemy for refusing to repudiate Annas’ words that He was the Son of God. From there, Jesus was sent toPontius Pilate, the Roman governor of the province.

Pontius Pilate questioned Jesus but found no reason to condemn Him. Instead, he suggested Jewish leaders deal with Jesus according to their own law. But under Roman law, they could not execute Jesus, so they appealed to Pilate to issue the order to kill Jesus.

Pilate appealed to King Herod, who found no guilt in Jesus and sent Him back to Pilate once again. Pilate declared Jesus to be innocent, and washed his hands to show that he wanted nothing to do with Jesus, but the crowds were enraged. To prevent a riot and to protect his station, Pilate reluctantly agreed to execute Jesus and sentenced him to crucifixion. Jesus was convicted of proclaiming himself to be the King of the Jews.

Before his execution, Jesus was flogged, which was a customary practice intended to weaken a victim before crucifixion. Crucifixion was an especially painful method of execution and was perfected by the Romans as such. It was reserved for the worst criminals, and generally Roman citizens, women, and soldiers were exempt in most cases.

During his flogging, the soldiers tormented Jesus, crowning Him with thorns and ridicule.

Following his flogging, Jesus was compelled to carry his cross to the place of His execution, at Calvary. During his walk to the site of His execution, Jesus fell three times and the Roman guards randomly selected Simon, a Cyrene, to help Jesus.

After arrival at Calvary, Jesus was nailed to the cross and crucified between two thieves. One of the thieves repented of his sins and accepted Christ while on the cross beside Him. A titulus, or sign, was posted above Christ to indicate His supposed crime. The titulus read, “Jesus of Nazareth, King of the Jews.” It is commonly abbreviated in Latin as “INRI” (Iesus Nazarenus, Rex Iudaeorum).

During Christ’s last few hours on the cross, darkness fell over the whole land. Jesus was given a sponge with sour wine mixed with gall, a weak, bitter painkiller often given to crucified victims.

Good Friday: The Crucifixion of Jesus Christ, the Church and the Sacraments

Prior to death, Jesus spoke His last words, “My God, my God, why have you forsaken me?” This line is the opening of Psalm 22, and it may have been common practice to recite lines of songs to deliver a greater message. Properly understood, the last words of Christ were triumphant. Guards then lanced Jesus’ side to ensure He was dead.

At the moment of Christ’s death, an earthquake occurred, powerful enough to open tombs. The long, thick curtain at the Temple was said to have torn from top to bottom.

Following the incredible events of the day, the body of Christ was removed from the cross and laid in a donated tomb, buried according to custom.

Good Friday is a day of fasting within the Church. Traditionally, there is no Mass and no celebration of the Eucharist on Good Friday. A liturgy may still be performed and communion, if taken, comes from hosts consecrated on Holy Thursday. Baptism, penance, and anointing of the sick may be performed, but only in unusual circumstances. Church bells are silent. Altars are left bare. 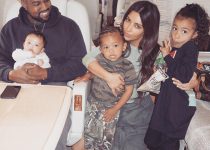