Not everyone liked the news that the actress Gal Gadot As Cleopatra will play the Queen of Egypt in a biopic from Paramount Pictures.

According to the English-speaking segment of social networks, Cleopatra should have been played either by a black actress, or, at the very least, by an Egyptian.

At the same time, they do not care about the Greek origin of the ruler from the Ptolemaic dynasty, which originated from the half-brother of Alexander the Great. Moreover, even the coins and busts of that time represent Cleopatra as a typical Greek woman. But, apparently, when it comes to modern racial struggle – the arguments of historians are of the least importance in disputes.

Gal Gadot As Cleopatra: She Was Bullied For The Role 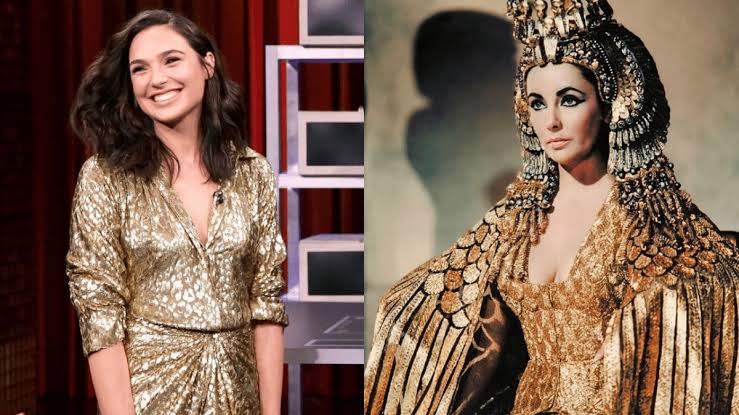 “Gal Gadot will play Cleopatra in the upcoming film of the same name,” reports Variety. Patty Jenkins, with whom the actress worked on the superhero film “Wonder Woman” and the sequel “Wonder Woman: 1984″, will take the director’s chair.

The production of the film will be handled by Paramount Pictures, which in the fight for the rights to the film bypassed Netflix, Apple, Warner Bros. and Universal. The script will be written by Laeta Kalogridis (Isle of the Damned). Other details of the painting were not disclosed. ”

Of course, there was an immediate reaction. As usual, opinions were divided, there were those who fully approved and those who did not approve at all. They, in turn, were also divided into cells, branches, groups ?? … In general, they were divided :))

– Most of the dissatisfied are dissatisfied with the fact that a black actress and / or African woman was not chosen for the role of Cleopatra. The comments were different, from mildly neutral (“Cleopatra is one of the few iconic African figures that could have played an African”) to hard ones like “White can’t make history again”. There were, of course, those unique ones who wished Gal almost death. But, I hope there are only a few.

– some are unhappy with the fact that Cleopatra will be played by a Jew, and not an actress of Arab origin. By the way, I first learned about the actress Nadine Njim. Beautiful, by the way. Will she be allowed to film if there are explicit scenes? 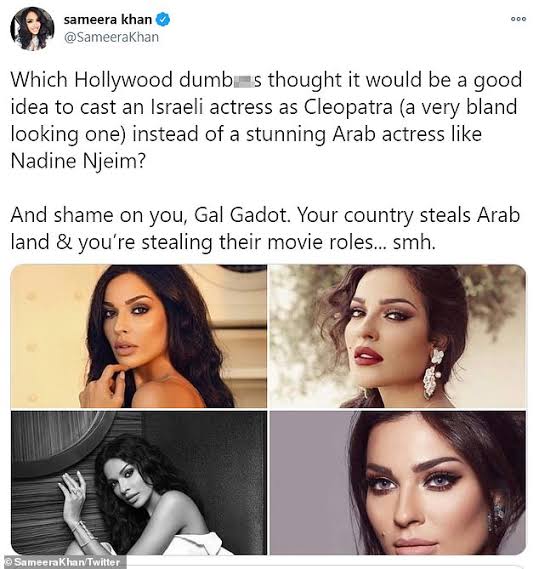 Those who defended Gadot’s choice for the role were given the following arguments: 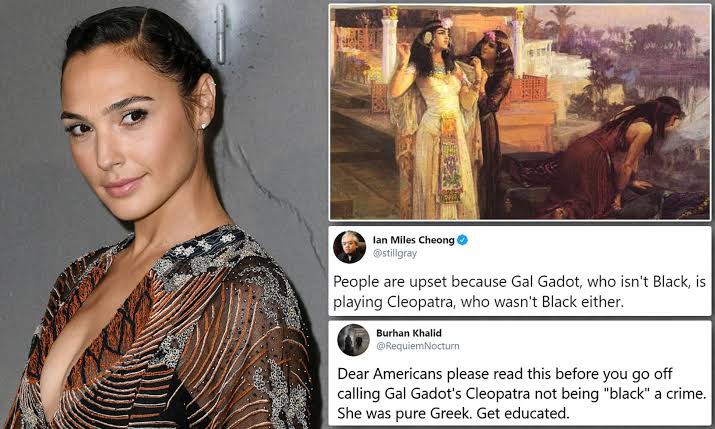 – Cleopatra is from the Ptolemaic dynasty, which means, probably of Greek origin, which means that Gal Gadot is purely outwardly suitable.

Surprisingly, there are no comments about whether Gal is suitable for the level of acting, so far the Hollywars are limited only by the question of the actress’s origin …

I personally see only three ways out of the situation:

Postpone filming until better times, there is still a risk that it will fail at the box office

Take as a basis the original African story, the kingdom of Nubia for example.

Take on the role of Billy Porter. In the West, everyone’s reproach will fall off anything to present to him, the dude has a combo dossier!)))

The actress herself and the studio have so far decided to ignore the attacks and have not commented.

The dates of the start of filming and the release of the picture are currently unknown. 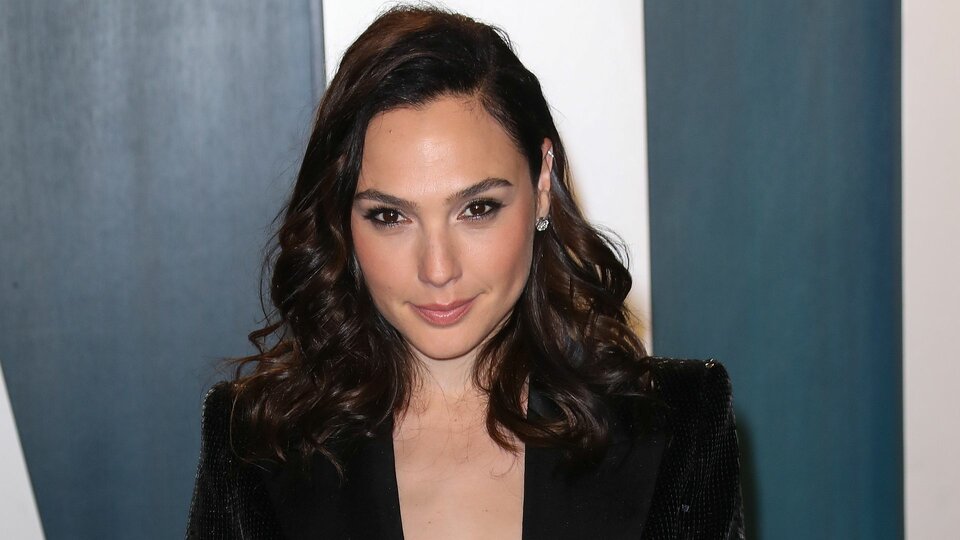 Wonder Woman star Gal Gadot will star in a historical film about the life of Cleopatra. Patty Jenkins will take the director’s chair and direct the film from a script by Laeta Kalogridis ( Isle of the Damned ). The tape will be released by Paramount studio, which received the rights to the project during the auction, ahead of Universal, Warner Bros, Netflix and Apple.

The Egyptian Queen Cleopatra is one of the most popular antique characters in cinema and literature. She ruled Egypt for 21 years. First together with his brothers Ptolemy XIII and Ptolemy XIV, and then in de facto marriage with the Roman commander Mark Antony. The last independent ruler of Egypt before the Roman conquest, Cleopatra gained wide popularity thanks to her love affair with Julius Caesar and Mark Antony.

In addition to the Paramount project, Sony has been working on the adaptation of the biography “Cleopatra: Life” by Stacey Schiff for several years. The script of the film was rewritten several times, and among the candidates for the director’s chair were James Cameron , Denis Villeneuve and  David Fincher . According to Deadline sources, Sony is still planning to release the movie.

On December 24, viewers will be able to see Gal Gadot in the blockbuster “Wonder Woman: 1984” .

“Too white”: Gal Gadot accused of racism because of Cleopatra

Gal Gadot will once again star in Wonder Woman director Patti Jenkins as Cleopatra in her new film. Alas, it was not without a scandal: while Gadot was happy with the triumph of women (the script for the picture will also be written by Laeta Kalogridis), Twitter users demanded to replace her with a dark-skinned one, despite the fact that the queen of Egypt was Greek.

Wonder Woman star Gal Gadot has been accused of racism due to her role as Cleopatra in Patti Jenkins’ new film. According to Twitter users, the Israeli woman cannot play the queen of Egypt; it would be more correct to invite a black actress in her place. Here is just a small part of the hate that hit Gadot in the comments to the announcement:

“Please give up this role. This is not Wonder Woman, The Little Mermaid, or any other fictional character. Despite Hollywood’s attempts to whitewash historical colored figures, Cleopatra was not white “,” You are not of Arab blood, you can only play a slave “,” I think she is too white for this role. What’s next? White Martin Luther King? ”

“What Hollywood dummy thought it would be a good idea to choose an Israeli actress for the role of Cleopatra instead of a stunning Arab actress like Nadine Ndjheim? And shame on you, Gadot. Your country is stealing Arab lands anyway, and you are still stealing other people’s movie roles. “

Other Twitter users advised critics to open Google and read about the origins of the Egyptian queen. It is generally accepted that Cleopatra was a Greek from the Ptolemaic dynasty and a descendant of Alexander the Great . She died at least 600 years before the Arabs first settled and colonized Egypt.

“Egyptians are not Arabs, you fool. They were colonized by the Arabs. As for Cleopatra, she was neither Arab nor Egyptian. Maybe you can google it a little quick before you tweet? – answered one of the commentators.

In defense of Gadot, a journalist from The Times Of Israel recalled that the actress belongs to a group of Ashkenazi Jews, which means she is not white. There are many hypotheses about the origin of the Ashkenazi, in particular, genetics suggest that their ancestors were natives of the Middle East.

“I love to get involved in new adventures, I take on new projects with enthusiasm and feel the excitement of bringing interesting stories to life. I have wanted to tell the story of Cleopatra for a very long time and am very grateful for this first-class team, ”she said.

The actress admitted that she is doubly glad to share such news on the International Day of Girls. The film was directed by Patti Jenkins and written by Laeta Kalogridis , known for Martin Scorsese ‘s Isle of the Damned .

“We have teamed up to show you the story of Cleopatra through the eyes of three women for the first time, both in front of and behind the camera,” Gadot added. “We hope that women and girls around the world who strive to tell stories from the first person will never give up their dreams and make their voices heard.”

Previously, the image of Cleopatra on the screen was embodied by the Frenchwoman Claudette Colbert, the Englishwomen Vivien Leigh and Elizabeth Taylor and the Italian Monica Bellucci . The films with these actresses were directed by men.

The historical epic announced the day before from the creators of Wonder Woman managed to be at the center of a scandal even before it was put into production. It’s all about the leading role of the upcoming tape.

The filmmakers of the Egyptian queen Cleopatra starring Gal Gadot have angered some netizens with their staffing decisions. According to the speakers, the Israeli actress is not suitable for the role of the legendary ruler, being “too white”. As an alternative, the objectors suggested actresses of Arab or African descent.

“Shame on you, Gal Gadot. Your country is taking Arab lands, and you are taking movie roles from Arab actresses. I’m disappointed, ”New York-based journalist Samira Khan wrote on her Twitter account.

However, there were also defenders of the expanded DC Universe star, who recalled that Cleopatra came from the Ptolemaic Macedonian dynasty and was an ethnic Greek.

“Although she was the ruler of Egypt, she is of Greek origin with Persian and Syrian roots. And negatively minded people demonstrate their ignorance and ignorance, “- said the user under the nickname The Moonlight Warrior.

Recall that the production of the upcoming historical tape will be dealt with by Paramount Pictures. The biopic about Cleopatra will be directed by “Wonder Woman” director Patty Jenkins and written by Laeta Kalogridis.

“Don’t get involved in this, Jewess!” Gal Gadot made hell on social networks for the role of Cleopatra. The haters themselves were wrong

Yesterday it became known that the queen of Egypt Cleopatra in the new film directed by Patty Jenkins will be played by Israeli actress Gal Gadot. The girls have already worked together on a film about “Wonder Woman”, after which Gadot woke up famous. It was not without battles under the post in which the actress announced her next role: she was cursed, offered to return to Israel as long as she could, and even accused of the fact that racism in the film industry is flourishing precisely because of her – Gal allegedly did not want to give up the role of an Egyptian black actress.

Here is just a small part of the hate that rained down on “Wonder Woman” in the comments: “We don’t need white people”; “We will not accept you! You are not of Arab blood, you can only play a slave ”; “Give up the role! We will not look at you in the image of the Queen of Egypt, damn you together with Israel! ”; “Don’t get involved in what doesn’t concern you, Jewess”; “Cleopatra was black! You have neither culture nor country. ”

The more well-read subscribers Gal, after a good facepalm from reading thousands of comments with insults and racism, explained: Cleopatra belonged to the Ptolemaic dynasty and was a Greek and a descendant of Alexander the Great. It is difficult to say exactly how she looked, because photographs were invented a couple of thousand years later, but there is no reason to think that her skin was dark, and to complain that the role was not given to an Arab actress or African-American. Moreover, the choice of Gadot is reasonable not only in terms of similarities with Cleopatra, but also in terms of profit: it is unlikely that Paramount studio would want to take an unknown actress for a serious role instead of a girl from third place on the Forbes list . Especially after Elizabeth Taylor and Monica Bellucci played the queen (by the way, neither had such problems with fan fury as Gal did).