Returning to work post-Eid Al-Fitr, we are all wondering the same thing: when is the next UAE public holiday? And when is Eid Al-Adha 2022?

Thankfully, there is not too long to wait for the next UAE long weekend as Eid Al- Adha is expected to land on Saturday July 9 and last until Tuesday July 12. Meaning that the next public holiday in the UAE is just two months away.

This could mean UAE residents get a four-day weekend in July, which is certainly exciting. After all, who doesn’t appreciate time away from work to rest and recharge. Staycation, anyone?

What is Eid Al-Adha?

Wondering what and when is Eid Al-Adha 2022 exactly? Eid Al-Adha translates to the “Festival of Sacrifice” and is one of the most important dates in the Islamic calendar.

It comes after Eid Al-Fitr, which this year, was celebrated from Sunday May 1 to Monday May 2 and resulted in private and public workers in Dubai having an extended break.

Based on the lunar cycle and Islamic calendar, Eid Al-Adha is thought to take place this year on Saturday July 9 and last until Tuesday July 12. If the predicted dates are correct, it will mean that a four-day weekend will be enjoyed by UAE residents.

Don’t book anything yet, as the final announcement of these dates is subject to the moon sighting and will be confirmed by official government bodies closer to the time.

Eid Al-Adha is not the only public holiday left for 2022.

UAE Commemoration Day and National Day will be public holidays and are expected to lead to extended weekends.

Islamic New Year and the birthday of Prophet Muhammed (PBUH) are also usually marked with public holidays, but this year it is predicted that they will fall on Saturdays and will not result in long weekend breaks.

Dubai: The residents of UAE will enjoy a long weekend in less than two months, as Eid Al Adha is getting closer.

According to Ibrahim Al Jarwan, Chairman of the Board of Directors of the Emirates Astronomical Society, Eid Al Adha will astronomically fall on Saturday, July 9, 2022.

This means Friday, July 8 will mark Arafat day, which is considered the most important and holiest day in the Islamic calendar. It is the second day of the Hajj pilgrimage, and the day after is the first day of the major Islamic holiday of Eid Al Adha.

According to the UAE’s approved holiday calendar, Eid Al Adha holiday will be four days starting from Friday, July 8 till Monday, July 11 with work expected to resume on Tuesday, July 12. These dates are subject to confirmation by moon-sighting.

Eid Al Adha or the ‘Feast of Sacrifice, is celebrated throughout the Muslim world as a commemoration of Prophet Abraham’s willingness to sacrifice everything for God. 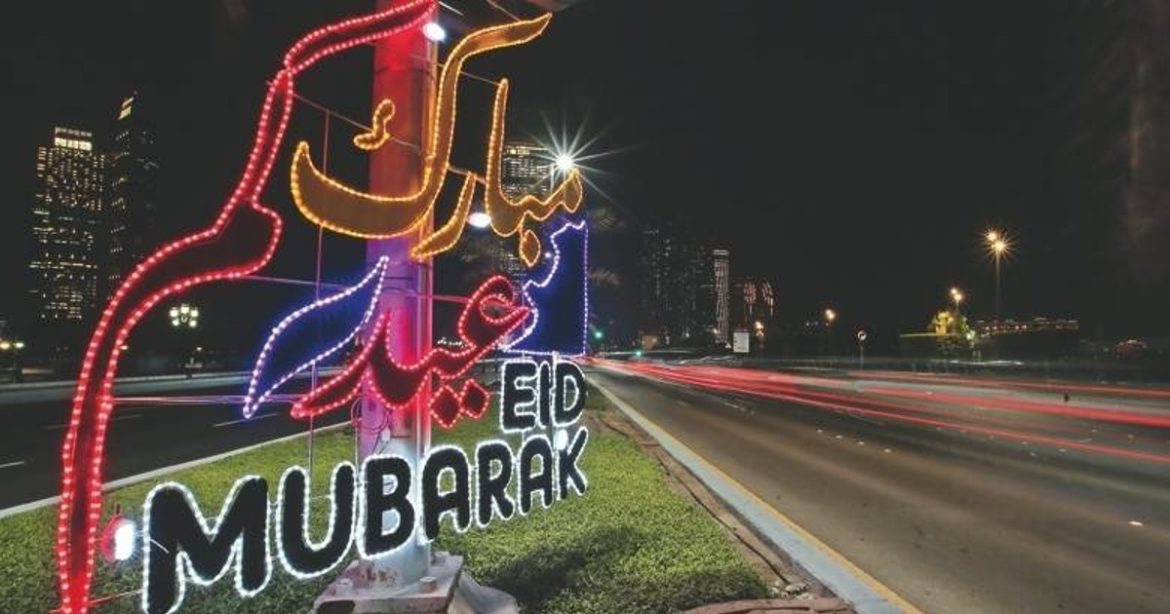 This year, many people in the country had the longest vacation ever. After the long weekend of Eid Al Fitr, people are getting back to their routine. But surprisingly, there are more long weekends that will come this year. So what are the long weekends we should be looking forward to? It’s Eid Al Adha that is approaching, with a long weekend for us to plan a vacation.

This is the other big festival Dubai celebrates. With a four day break from work, this is an excellent time for a trip out of the city, especially if you are not taking a summer vacation. After all, with the temperatures soaring, we need all the breaks we can get! So here are a few things you can do over the summer while you relax over the long weekends. The first of these long weekends will take place from Zul Hijah 8 to 11. The four-day vacation of Eid Al Adha will start from Saturday, July 8 to Tuesday, July 11. On Tuesday, July 12, work in private sector will start up again. The moon sighting will determine the final announcement of these dates.

What Are The Other Public Holidays To Look Forward To?

The second—and last—official long weekend will fall on November 30 for Commemoration Day and December 2 for UAE National Day. The official dates off for these periods are Thursday, December 1 through Sunday, December 4. The Prophet Muhammad’s birthday will fall on the 8th of October, which is Saturday. While we all wish it was a long weekend, we really don’t know! Eid Al Adha follows Eid Al-Fitr. This holiday was recently observed from Sunday, May 1 to Monday, May 2. And it also resulted in a longer holiday for private and public sector workers in Dubai known as the Greater Eid.

So what are you planning to do with the long weekend? Stay indoors, or have a quick getaway? We would love to hear it!