Corpus Christi is a Christian holiday celebrated worldwide in honor of the Holy Eucharist. Some churches call the holiday the Most Holy Body of Christ or the Day of Wreaths. The most common ritual is the reception of Holy Communion. Many countries consider the day a public holiday. The celebration takes place on the Thursday after Trinity Sunday, a moveable feast that depends on the date of the March equinox. It is most commonly celebrated by the Catholic Church.

Corpus Christi, Texas, was named after the celebration in 1519, when Alonzo Alverez de Pineda, a Spanish Explorer, discovered the tropical area off of the Texan coast.

The festival has been celebrated since 1246 to commemorate the Eucharist. This holy sacrament was instituted by Jesus Christ at his Last Supper, the event behind Maundy Thursday ceremonies. The Last Supper was the last meal that Jesus had with the disciples before his arrest and crucifixion. This is mentioned in the New Testament’s four canonical gospels. Jesus predicted Judas’s betrayal at this supper along with Peter’s later denial of knowing Jesus.

The book of Corinthians also offers more details about the meal, saying that Jesus broke bread and offered it to the disciples as his body. He then gave them a cup, believed to be filled with wine, to receive his blood. Jesus followed this with a command to continue this ritual in remembrance and for the forgiveness of sins. He also washed the feet of the disciples at this meeting. Some interpreters view this act as a sacrificial sort of ritual, as Jesus was crucified the next day. The Eastern Orthodox Church refers to this event as the “mystical supper.” The Last Supper has undergone many artistic recreations, including Da Vinci’s famous “The Last Supper.” Holy Communion is a ritual that follows this command, where observers consume wine and bread as a reception of Jesus’s body and blood. 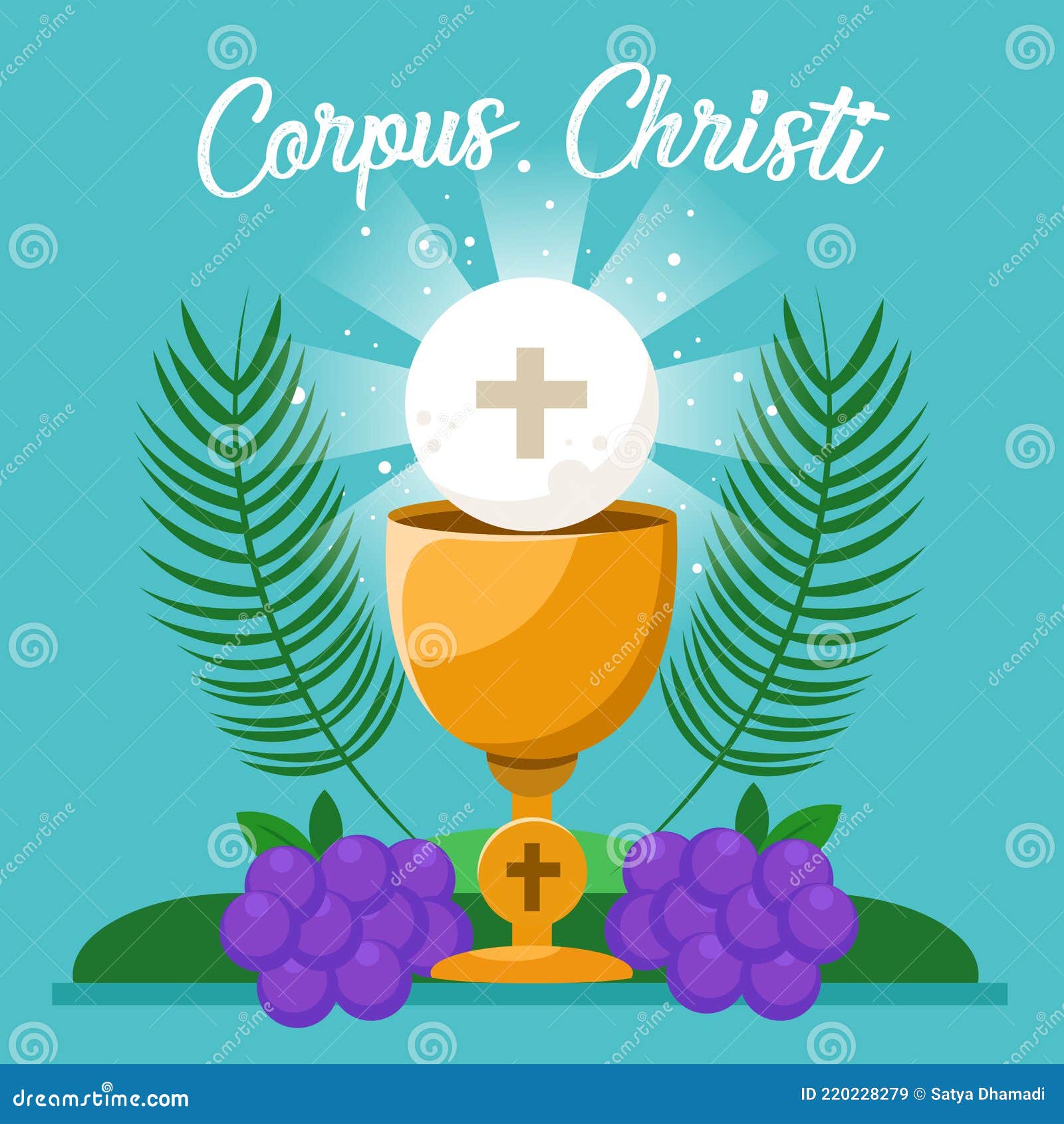 Corpus Christi celebrations differ according to denomination and culture. Many churches actually honor the Eucharist during Holy Week, but some hold special Corpus Christi ceremonies. The main feature of this service is the Holy Communion, readings of the Last Supper, and prayers, hymns, and sermons centered on the Last Supper or the Eucharist. Some churches and communities hold parades in which the consecrated bread is carried by the priests in what is called a monstrance, an exposed holder for the bread. Some homes may display a picture of Jesus or lay carpets in front of their house.

Germany celebrates with vivid colors and processions carrying holy symbols, including the Eucharist. Streets are decorated with greenery for the parade. Along with the priests carrying the symbols, children wearing white clothing wearing flower wreaths and women in cultural costumes walk in the procession.

The feast of Dia de Corpo de Deus in Portugal, a medieval tradition, is a major commemoration of the holiday. The processions of red clad priests and church members who will receive the sacrament for the first time walk over a handmade carpet of flower petals that measures almost three quarters of a mile. The ending of the ceremony is marked by the removal of the bread from the monstrance.

Celebrations in Switzerland are known for their elaborate processions, featuring clergy in fancy robes, citizens wearing regional costume, and military personnel wearing historic traditional military costumes. These processions also sometimes take place on carpets of flowers, although they are not as long as Portugal’s festival.

Processions are also popular in Mexico, which has a large Catholic community. Along the path of the procession, the reposiar is set up—a shrine covered in lace cloth and candles. Some regions recreate battles between Christians and the Moors. Another tradition is the Flying Pole Dance, an ancient ritual that originated from the native people of Mexico, including the Nahua and the Otomi. Ropes are attached to five men, symbolizing five indigenous groups, who climb to the top of a pole measuring 30 meters and then four of them jump to the floor. The fifth will stay on the pole to dance and play instruments. Legend states that the ritual was used to ask gods to end droughts.

The Corpus Christi is a celebration of the Catholic Church meant for the veneration of the eucharist. It is a movable feast of the liturgical calendar, that  takes place on the following Thursday of the eighth Pentecost. This medieval fiesta has a marked ostentatious character, closer to pagan celebrations than to any religious one.

This character is made evident in Tossa with the flower mats, as an exaltation of the vegetation of the month of May.

Corpus Christi is celebrated every year in Tossa on date (and not on the following Sunday as other villages do).  The town centre streets are adorned with flower mats and altars, and in the afternoon there is the mass and the procession, that will move along the adorned streets.