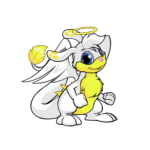 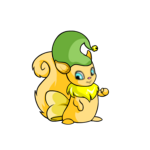 Christmas Bori: Starting with a subtle one, a quick glance at the Christmas Bori will make you think it’s just a White Bori with a red-and-green scarf, green ears, and a tail of mistletoe. However upon closer inspection you’ll see that the legs of the Christmas Bori are much furrier than a normal Bori, revealing that the Christmas Bori is actually meant to look Snow Beast-like! Of course being its painted Christmas it’s downplayed so the Bori can retain its cheery attitude. 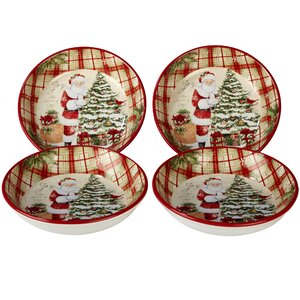