Christmas Unleashed Christmas is that wonderful time of the year which can bring two long lost lovers back together. It is the season of miracles, happiness, and joy! It may seem strange, but Christmas has a healing effect and it kind of ignites warm fuzzy feelings even if you aren’t in love.

Lifetime is here with its romantic Christmas film titled ‘Christmas Unleashed’. The story revolves around the lives of Becca, her little puppy, and Max, her ex-boyfriend.

When it came time to choose a Christmas-themed project to film , Vanessa Lachey didn’t have to look any further than Lifetime.  Her association with the network began with last year’s A Twist of Christmas, and as soon as the actor saw who was involved with Christmas Unleashed, she didn’t hesitate to jump on board.  “A big part of [that] was getting to work with Nancy Bennett, who was an executive producer on my first Lifetime Christmas movie,” she said when MediaVillage recently sat down with her to discuss the movie.  “That was my rookie Lifetime outing, and now I feel like a veteran! Seeing all the women on Lifetime at Christmas like Melissa Joan Hart and Kelly Rowland, I do geek out because I have loved watching their holiday movies.  It’s such an incredible group of women to be a part of, and one of those women is Nancy.  She said she had this amazing director with a fresh vision, who we call Misch, and it was her first holiday movie.  So, to be paired with these two talented women I was already so excited!  Then I asked if I could see the script.”

Thankfully for Vanessa, the script didn’t disappoint.  “I loved how special it was,” she recalled.  “I like holiday movies that reflect real-life and real-life struggles, that aren’t necessarily in-your-face, but always have a positive spin and a happy ending.  To be completely honest, when you turn on Lifetime during the holiday season that’s what you want.  You don’t want to lay in bed, start watching something and start thinking, ‘I’m not going to sleep for five days, because that movie really messed with me.’  There’s a time and a place for those, but not during the holidays.  You need some magic.”

In Christmas Unleashed she stars as Becca, a young woman forced to deal with one of those real-life struggles when her beloved pooch runs away on Christmas Eve.  Desperate for assistance, Becca teams up with her ex-boyfriend Max (Christopher Russell) to track down the escapee.  With the search taking them all over their North Carolina hometown, the two soon find themselves reminiscing over past Christmases spent together.  “It’s said in Hollywood, ‘don’t work with children or animals,’” laughed the mother of two.  “My first Christmas movie was with two kids, and now this one is with a dog!

“Honestly, I think what they mean by that is the unpredictability of it,” she added. “Kids and animals are the purest things in the world.  There’s nothing like the look on a kid’s face when you walk into a room.  But on the movie production side, we did have some long nights.  The dog in the movie wasn’t a puppy, but he sure acted like one.  He was fun to be around, but 90% of his scenes were probably doggy improv.  At one point, the spirit of Christmas was all around him and he started eating the Christmas tree.  Christopher and I looked at each other and were like, ‘He’s eating the tree?’  There was another quite poignant scene, and in the middle of it, the dog walked in and peed.  They yelled ‘cut’ and we both died laughing.”

Animal antics only added to the fun of the shoot, along with providing some fond memories for her husband, singer and television personality Nick Lachey.  “I laughed so much making this movie,” Vanessa shared.  “I honestly hope it comes through.  I love animals.  When I first me Nick he had a dog.  His brother Drew and sister-in-law Leah had given him a puppy, but he was doing a solo tour and couldn’t give him the best attention.  So, he handpicked a family [to care for the dog], who after two weeks sent us pictures of the puppy running through a field, off a dock, and into a lake while their kids were on tire swings.  It was like a magical holiday card!”

Nick selflessly chose to let the dog remain with his new family, where he would be happier.  “This broke Nick’s heart, but the dog had a much better life than living in Nick’s bachelor pad,” Vanessa continued.  “It was also the beginning of [Nick] figuring things out.  We’d just started dating and going down that route.  But when he saw the dog in the movie it made him excited for another dog.  We have three kids, a home, and one of us is always there because of the kids and school, so when he started talking about it, I asked him to pump the brakes.  It was like, let me get the baby out of diapers, then we can talk about getting a puppy.”

With two Lifetime Holiday projects in as many years to her credit, Vanessa is hopeful this Christmas tradition continues.  She’s already thinking about teaming with Nick for a movie and has the perfect pitch. “This needs to be put out there,” she laughed.  “Nick and Vanessa go to Hawaii and dance and sing their way through the islands while searching for love.  I know Nick would be into it.”

As long as it’s for Lifetime.  “Am I now really a part of the Lifetime family?” she asked, not quite believing her good fortune.  “Do I have to learn a secret handshake, or do I get a necklace?” she laughed.  “So many questions!  But it is humbling and very gratifying because I feel like I get to mix business and pleasure.”

Becca’s dog runs away on Christmas Eve and she must team up with her now ex-boyfriend Max to find her furry pal. As the pup leads the duo on an all-day and night search through the town of North Carolina, they revisit people, places, and memories. This brings in the sweet memories of how they spent Christmas together in the past. 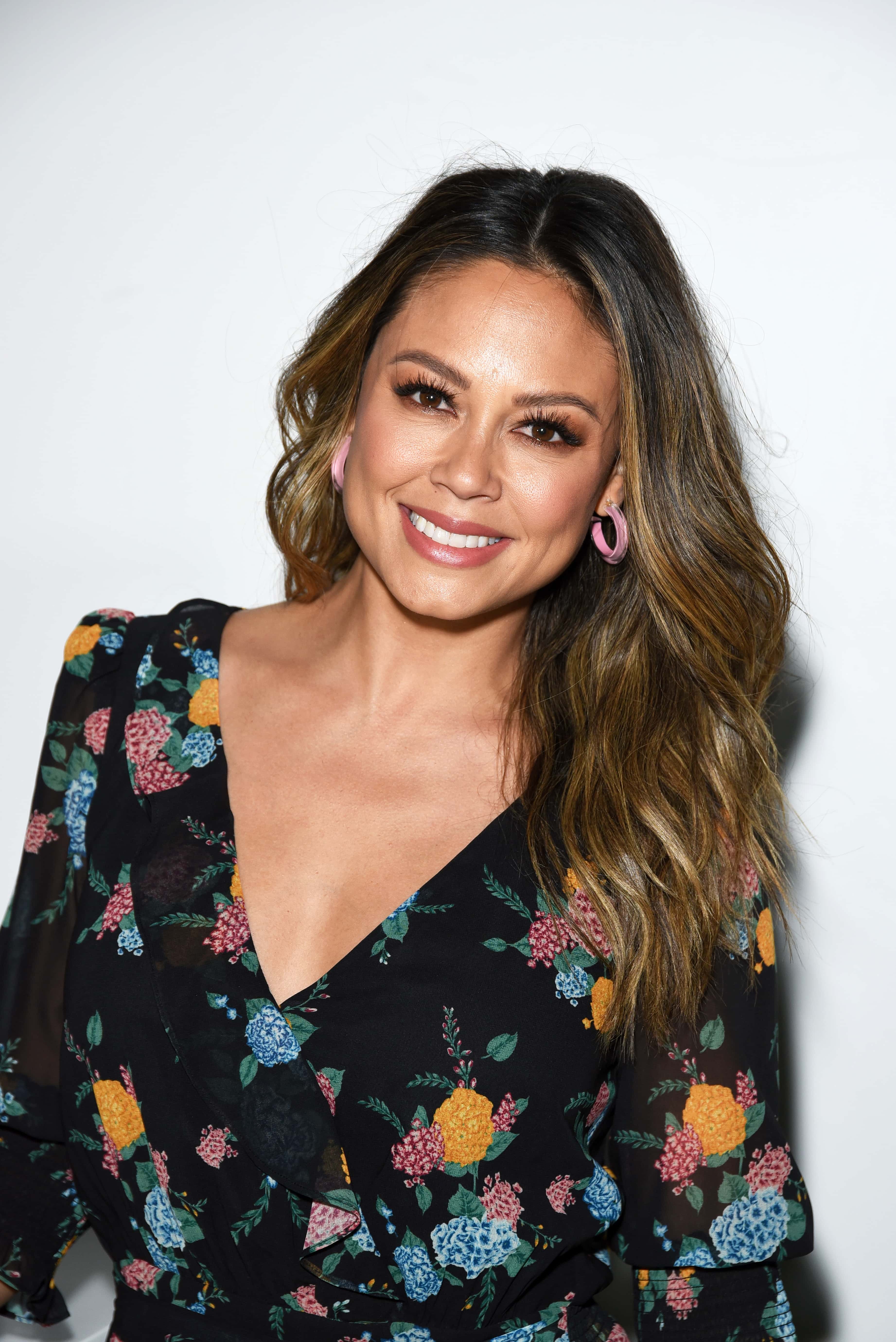 Vanessa is an actress known for her work on films and TV shows like ‘Disaster Movie’, ‘Fantastic Four’, ‘How I Met Your Mother’, ‘Dads’ and ‘American Houswives’. She will be seen playing Becca in this romantic lifetime movie.

Christopher is an actor known for his work on films like ‘Land of the Dead’, ‘Star Trek: Discovery’, ‘Flashpoint’, and ‘Supernatural’. He will be playing Max in this film.