During the holidays, the kitchen is one of the busiest places in the home—what would Thanksgiving or Christmas be without the requisite pumpkin pies, sugar cookies, or yule log cakes? With so many delicious treats to bake, KitchenAid’s stand mixers, beloved by Michelin-starred chefs such as Éric Chavot as well as generations of home bakers, are a cook’s best friend for making doughs and batters. The holidays are the time of year when bakers can benefit most from a KitchenAid mixer, and Black Friday is a great time to shop these classic kitchen appliances. Even though it’s not November 29 just yet, the discounts are already streaming in. From the iconic empire red color to a fun tangerine shade, nearly all of the brand’s 50 five-quart stand mixers from its Artisan series are on sale on Amazon right now; and if you’re looking to size up (or down), you can also find the six-quart and 4.5-quart stand mixers up to 26 percent off.

Already own a trusty KitchenAid stand mixer? You’ll be pleased to know that their lightweight tools are steeply discounted right now, too. If you’re looking for a workhorse tool that takes up far less counter space, consider KitchenAid’s hand mixers, which are also on sale for up to 50 percent off. To make shopping even easier, we’ve rounded up six of the best deals on KitchenAid mixers that you can get right now. With so many incredible options available at such great prices, you’ll have no excuse not to whip up cookies and cakes with a KitchenAid this holiday season.

You can never go wrong with getting KitchenAid’s stand mixer in its most classic color: empire red. With a coated flat beater, a dough hook, a whip, and a pouring shield, this stand mixer is the perfect entry point for newcomers to the KitchenAid family. With a brushed aluminum flat beater and 575 watts of power, this six-quart mixer will add a professional touch to any kitchen. And if you’re looking for a more exciting color, this mixer also comes in 23 other shades. This hand mixer with five speed options has the ability to lock the cord from either the right or left side of the mixer, allowing you to approach your mixing bowl from any convenient angle. With its stainless steel Turbo Beater II accessories, this small but mighty beater can take on tough mixes such as frozen butter or chocolate chip cookie dough. This hand mixer comes with professional features such as a slow start button that will gradually increase mixing speed, and the brand suggests using speed one for chunky ingredients, speed four for mashing potatoes, and speed seven for beating egg whites or whipped cream. The most powerful of KitchenAid’s hand mixers, this nine-speed mixer comes with all the accessories that an amateur baker should have, including a dough hook, blending rod, and storage bag as well as all the features of the seven-speed and five-speed hand mixers. 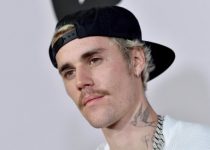