Black Friday 2020 is firmly on the horizon, although we’re still just over a month away from the big November 27 date. However, with Amazon Prime Day just next week, we are expecting Black Friday deals to hit our shelves a little earlier than last year.

With a move to the competitive arena of online sales, we’re going to be seeing more retailers on the web than ever, and with Amazon leading the charge there’s going to be some fierce price wars over the next few months. That will likely work in your favor, with plenty of retailers vying for the lowest price on the latest gadgets.

That means we might see Black Friday deals happening far ahead of the scheduled November 27 start date. You’ll want to get prepped early, then, and we can help by bringing you all the latest Black Friday 2020 information as it happens right here. We’re showing you where to shop, what to shop for, and when to get that credit card ready to make sure you don’t miss a single saving this year, so keep this page bookmarked throughout the next couple of months.

Don’t believe the hype that says ‘Black Friday is cancelled.’ Its deals will just be online and spread out instead of narrowly launching in a single weekend, according to Best Buy and other retailer’s plans, and retailers are supporting Green Monday 2020 on December 14, for last-minute deals before Christmas.

However, it seems that Black Friday deals will look different this year, with the US’s brick and mortar retailers like Walmart, Best Buy and Target, all giving their staff Thanksgiving off this year in order to avoid foot traffic amid the global pandemic.

We’ll see the best deals moving online, then, with these more traditional stores competing against the low prices and already well developed infrastructures of the likes of Amazon and eBay. Walmart Plus, for example, launched on September 15 as a way to drum up its online retailer business ahead of Black Friday.

All of this is going to make Black Friday online deals all the more important. You’ll have a better chance of finding Black Friday AirPod deals at home more sitting in your PJs more than waiting in line outside of a physical store.

Black Friday deals: what to expect

Black Friday 2020 should continue last year’s trend of not just offering discounts, but offering discounts on items you’ll actually want to buy as retailers jockey for more limited wallets against fiercer online competition this year. There was some fierce competition between Amazon, Walmart, B&H Photo and Best Buy last year, and that’s a good sign given payday will fall after Black Friday in 2020.

According to Adobe Analytics, 2019 saw a near-20% uplift in traffic for those searching for savings on their holiday gifts, and with Deloitte recently publishing a report suggesting an uptick in seasonal sale interest from 1% to 1.5% (as opposed to the 4.1% increase of 2019) retailers are going to need to stand out from the crowd this year.

The biggest Black Friday money makers a year ago? Toys were the most-purchased category, and the Nintendo Switch sales took home the lion’s share. However, the PS5, Xbox Series X and Xbox Series S are going to impress people in November 2020 (though Black Friday deals on those new consoles may be slim).

The best Black Friday deals often come from retailers that can afford to lure you to their online store with, for example, an Apple iPad deal for $250, and convince you to add other more profitable purchases to your shopping cart. Walmart and Target both had that Black Friday deal last year, and it sold out within minutes.

In 2020, we’re expecting similar iPad deals to hit the market, and be just as popular, with this year’s releases already being discounted at Amazon and the 2018 iPad Pros starting to show their age even more.

In fact, Apple products sell more on Black Friday than any non-iPhone launch day. That’s not shocking news with last year’s $400 cashback on an iPhone 11, lower prices on AirPods and Apple Watches and MacBook / iPads being cheaper than ever before. These offers were incredibly popular last year, and with many of those products already seeing Black Friday-beating prices in 2020, we’re expecting big things from these luxury lines in 2020. 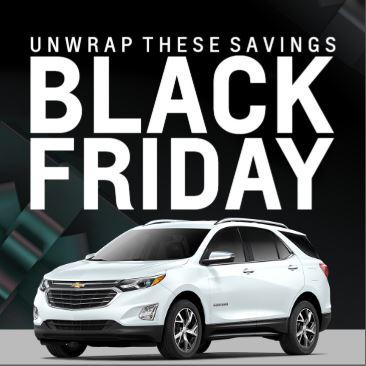