Best Magical Secrets 5e: In this post, we will be examining the Bard’s Class Features and how you can optimize your Bard through choosing your Race, Ability Score, Spells, Feats, etc. This article will focus primarily on content from the Dungeon Master’s Guide and Player’s Handbook, but will also delve into some of the content in the Sword Coast Adventurer’s Guide and Xanathar’s Guide to Everything. 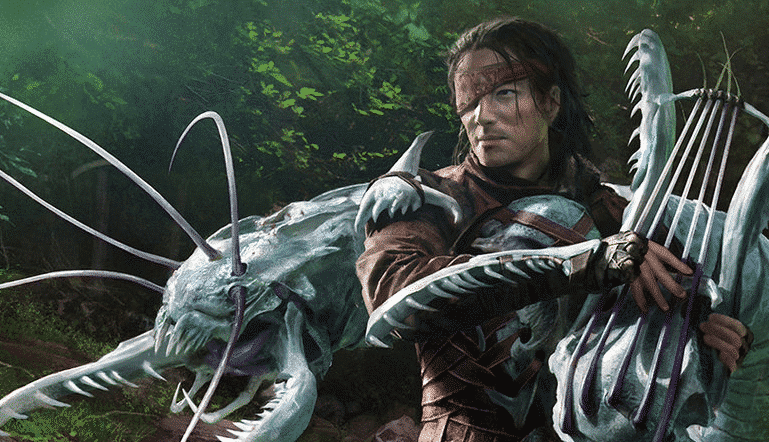 Chase Stone – Wizards of the Coast – Yisan, the Wanderer Bard

What is this guide?

The color code below has been implemented to help you identify, at a glance, how good that option will be for your Bard. This color coding isn’t a hard and fast rule; there are plenty of sub-optimized options out there that will be viable to your party and will be fun to play.

So if you’re ready, roll a Nat 20 Persuasion check to seduce the campaigns BBEG, a zombie Beholder.

Check out our Guide to DnD Races for non-standard races. Keep in mind, most races and subraces are limited by the setting and source material chosen by the DM. Check with your DM before selecting any of the races not listed below.

Dwarf: The Bard won’t be tanking any time soon, even if they are going Valor or Swords College.

Dragonborn: The CHA bonus is alright, usually you would be looking for +2 here. The +2 to STR is great for College of Valor Bards but would be wasted on most other Colleges.

Elf: Elves get a DEX bonus which can somewhat help the AC of a Bard, and can give melee Bards a boost with attacking. Proficiency in Perception and having Darkvision is useful.

Half-Elf: The +2 CHA, ASI, and skill versatility make this is one of the better races for the Bard class.

Gnome: You don’t need a bonus to INT as a Bard.

Half-Orc: STR and CON bonuses, let’s move on. Although a Half-Orc Bard would be hilarious from a RP aspect, but we will leave that up to you.

Halfling: The DEX bonus is great for a Valor or Swords build and the Lucky trait is always good.

Tiefling: Tieflings get a +2 boost to CHA, a free cantrip, and free spells at higher levels making them an awesome choice for a Bard.

Bards need CHA and nothing else is critically important, which gives us the ability to dip into DEX and CON to increase AC and hitpoints. If you are going for a Valor or Swords build, your DEX will be more important than your CON.

DEX: High DEX helps survivability by boosting your AC and giving you a stronger chance to succeed against DEX Saves, which are very common. If you are going for a melee Bard this is crucial.

INT: Dump this stat for sure.

WIS: Can help with WIS saves and Perception.

CHA: This is the most important stat for the Bard because it is your spellcasting modifier and increases your ability to succeed on social skill checks. Pump this as high as you can.

Charlatan: Proficiency with the Disguise and Forgery kits is nice. Deception and Sleight of Hand are great skills, Deception more so.

Criminal: Not a lot of useful tool proficiencies, but Stealth and Deception are great.

Entertainer: Useful tool proficiencies in Disguise kit and musical instrument. Acrobatics and Performance certainly leave a lot to be desired from skill proficiencies.

Sage: No tools and Arcana and History. No thanks.

Sailor: Navigator’s tools and water vehicles is nice. Athletics and Perception are both great skills.

Solider: Gaming set and land vehicles aren’t doing us any favors. Athletics and Intimidation are alright.

Spy: Gaming set and thieves’ tools are solid. Deception and Stealth are great.

Urchin: Disguise kit and thieves’ tools are awesome. Sleight of Hand and Stealth are decent, especially if you are replacing a Rogue in your party.

Hit Points: Bards have a decent d8 hitdice. Better than the Sorcerer and Wizard, on par with the Druid and Cleric.

Saves: Proficiency with DEX and CHA are pretty great. DEX is the most important save in the game. CHA saves will likely come up at higher levels.

Skills: Bards are an amazing skill monkey class. They get proficiency with any 3 skills and can get expertise in the chosen skills easily at higher levels.

Spellcasting: Bards are a full caster class and use their CHA modifier for casting, similar to Warlocks and Sorcerers. Also, they use the Spells Known method of learning spells just like Sorcerers. They are on the lower end of the spectrum for the number of known cantrips but can make up for that with Ritual Casting. The Bard’s spell list is lacking in straight damage and focuses on buffing, debuffing, and utility. The lack of damage spells is heavily mitigated at 10th Level because of the Magical Secrets class feature.

Bardic Inspiration: Bardic Inspiration is one of the best methods of buffing party members in the entire game. As a bonus action, you can provide your ally with an extra dice roll to add to their ability check, attack roll, OR saving throw. It also scales as you level up becoming a d8 at 5th level, a d10 at 10th level, and a d12 at 15th level.

Jack of All Trades: This is a great tool for rounding out any ability check you will have to make. This also applies to your proficiency bonus to initiative rolls which is a huge plus.

Song of Rest: Certainly going to be helpful on those crazy adventuring days where you are fighting more than 3 or 4 times before taking a long rest. If your DM throws the recommended 5-6 medium to hard encounters per day at you this will prove to be even more potent.

At 3rd level Bards get to choose their College. All of these options have their merits, but will require different ability score distributions and feats to be at their best.

This College focuses on charming other creatures by magical means.

Bards are already one of the most versatile classes in D&D 5e. The College of Lore is focused on making you the Swiss Army Knife of your party.

This is for those swashbuckling Bards that want to get into the fray.

Very similar to the College of Swords in the sense that you will be getting into melee combat a lot more than other Colleges. Valor focuses less on being a swashbuckler and more on being a badass war mage.

Expertise: Doubling your proficiency bonus for two Skills is great. You can do this again at 10th Level.

ASI: When Bard’s reach 4th level, they can take an ASI or feat. They make this choice again at 8th, 12th, 16th, and 19th level. This is fairly typical outside of Fighters, Barbarians, and Rogues.

Countercharm: This is a very situational feature but will come up big at least once or twice in a campaign.

Magical Secrets: Bards have a great list of spells but it does have a fair few gaps in it, especially if you are the party’s main caster. For the best spells to pick for your Magical Secrets, see the section Magical Secrets Spells.

Superior Inspiration: Starting every encounter with a Bardic Inspiration is nice, but not a super exciting capstone feature.

Many feats aren’t suited to the Bard Class, but we will go over the ones that you may consider.

Bards have access to a lot of spells. Therefore, we think it would be the most beneficial to only talk about our favorite spells at each level, and which ones to avoid. Just remember that this doesn’t mean the ones we don’t mention are necessarily bad or don’t have a purpose.

You can choose any spell available to any class with this feature so we will be listing your top picks.

Hope you liked the guide! If you have any questions or feel like we missed something for the 5e Bard, go ahead and post a comment below.