Hampton began working with the Black Panther Party in the mid-1960s. He was instrumental in bringing social change throughout Chicago, including arranging a non-aggression pact amongst Chicago’s street gangs and organizing BPP’s free breakfast program. He soon became the deputy chairman of BPP’s Illinois chapter. 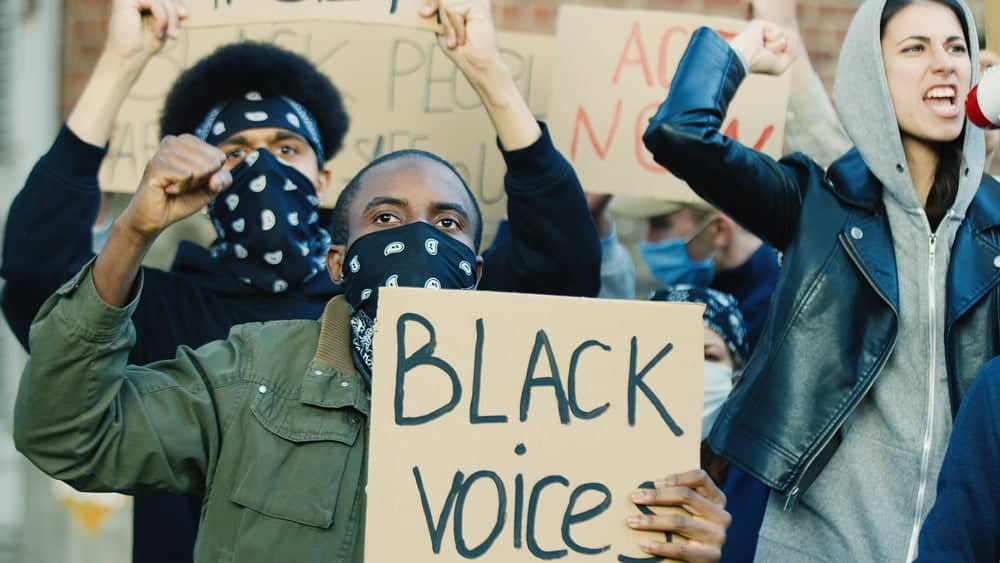 Later, Hampton’s leadership caught the attention of the FBI. They considered Hampton a threat to U.S. society. In 1969, local police officers murdered 21-year-old Hampton during an early morning raid of his apartment. The work of Fred Hampton inspires modern activists to continue fighting towards racial equality.

2. “People have to be armed to have power, you see.” – Fred Hampton

3. “You have to understand that people have to pay a price for peace. If you dare to struggle, you dare to win.” – Fred Hampton

4. “I have a lot of respect for Martin Luther King. I think he was one of the greatest orators that the country ever produced.” – Fred Hampton

5. “Like we always said, if you’re asked to make a commitment at the age of twenty and you say I don’t want to make that commitment only because of the simple reason that I’m too young to die, I wanna live a little bit longer—what you did is, you’re dead already.” – Fred Hampton

7. “I was born in a bourgeois community and had some of the better things in life, but I found that there were more people starving than there were people eating, more people that didn’t have clothes than did have clothes, and I just happened to be one of the few. So I decided that I wouldn’t stop doing what I’m doing until all those people are free.” – Fred Hampton

10. “They talked us into buying candy bars and throwing the candy away and eating the wrapper.” – Fred Hampton

17. “And how do they fool you? Because they pick the leaders they want. And they put those people up there and portray them as being your leaders when, in fact, they’re leaders of nobody.” – Fred Hampton

20. “Nothing is more important than stopping fascism, because fascism is gonna stop us all.” ― Fred Hampton

Fred Hampton quotes on being a revolutionary

30. “You can jail a revolutionary, but you can’t jail the revolution.” – Fred Hampton

31. “We don’t need no culture except revolutionary culture. What we mean by that is a culture that will free you.” – Fred Hampton

32. “We say that we will work with anybody and form a coalition with anybody that has revolution on their mind.” – Fred Hampton

34. “If you ever think about me, and you ain’t gonna do no revolutionary act, forget about me. I don’t want myself on your mind if you’re not going to work for the people.” – Fred Hampton

35. “A lot of people think the Breakfast for Children program is charity. But what does it do? It takes the people from a stage to another stage. Any program that’s revolutionary is an advancing program. Revolution is change.” – Fred Hampton

36. “You can’t build a revolution with no education. Jomo Kenyatta did this in Africa, and because the people were not educated, he became as much an oppressor as the people he overthrew.” – Fred Hampton

37. “When you leave here, leave here saying, the last words, before you go to bed tonight, say, “I am a revolutionary.” Make that the last words in case you don’t wake up. Then somebody might believe it and you might, you know, end up in, what they call it, revolutionary happy hunting grounds.” – Fred Hampton

38. “A lot of people get the word revolution mixed up and they think revolution’s a bad word. Revolution is nothing but like having a sore on your body and then you put something on that sore to cure that infection.” – Fred Hampton

39. “First of all, we say primarily that the priority of this struggle is class. That Marx, and Lenin, and Che Guevara end Mao Tse-Tung and anybody else that has ever said or knew or practiced anything about revolution, always said that revolution is a class struggle. “ – Fred Hampton

40. “Yes, we do defend our office as we do defend our homes. This is a constitutional right everybody has, and nothing’s funny about that. The only reason they get mad at the Black Panther Party when you do it is for the simple reason that we’re political.” – Fred Hampton

41. “Don’t worry about the Black Panther Party. As long as you keep the beat, we’ll keep on going.” – Fred Hampton

44. “We’re not metaphysicians, we’re not idealists, we’re dialectical materialists. And we deal with what reality is, whether we like it or not.” – Fred Hampton

45. “The Black Panther Party stood up and said that we don’t care what anybody says. We don’t think fighting fire with fire is best; we think you fight fire with water best.” – Fred Hampton

46. “We do not support people who are anarchistic, opportunistic, adventuristic, and Custeristic.” – Fred Hampton

47. “We have Breakfast for Children because we teach the people, through practice, through observation and participation, that people can be there, free.” – Fred Hampton

48. “We said nobody would shoot a Panther but a pig, because Panthers don’t pose a threat to anybody but pigs.” – Fred Hampton

Eckhart Tolle Quotes Eckhart Tolle is a famous spiritual teacher and best-selling author who counts Oprah as one of his biggest fans. If you haven’t read his mega popular The Power of Now yet then you really should — it’ll blow your mind. Tolle is a master of mindfulness and teaches us that the present moment is […]

Inspiring Marilyn Monroe Quotes On Love And Life 1. “I don’t forgive people because I’m weak, I forgive them because I am strong enough to know people make mistakes.” 2. “Sometimes good things fall apart so better things can fall together.” 3. “For those who are poor in happiness, each time is a first time; […]