The pumpkins are carved. The costumes are bought. The candy is sold out. Yup, it’s Halloween. Or, it almost is. As Oct. 31 draws closer and closer, adults and kids alike are getting in the Halloween spirit. And, for some, that means sharing some “spooktacular” Halloween quotes on social media. (Yes folks. I went there. Blame it on the candy corn.)

Seriously, how did people express their love for holidays prior to the invention of social media? In the days of ‘yore (or, you know, the ’90s) people would show their love for Oct. 31 by turning their homes into a temporary haunted house, spending hours crafting the perfect costume, and wearing said costume all day And, in some cases, into the wee hours of the morning.

Today, however, it’s a totally different ball game. The houses are still decorated and the costumes are still crafted, of course, but there’s the added pressure of making sure your social media accounts are just as frightful, festive, and fun. To some, that means utilizing the themed Snapchat filters. To others, that means sharing some insightful words of holiday wisdom with all of your followers.

So if you’re looking to bring the spirit of the holiday to your social media accounts, here are a few truly spooktacular Halloween quotes.

“If human beings had genuine courage, they’d wear their costumes every day of the year, not just on Halloween.”- Douglas Coupland

“I don’t know that there are real ghosts and goblins, but there are always more trick-or-treaters than neighborhood kids.” – Robert Brault

“The worst thing about Halloween is, of course, candy corn. . . All of the candy corn that was ever made was made in 1911. And so, since nobody eats that stuff, every year there’s a ton of it left over.” – Lewis Black

“Halloween was confusing. All my life my parents said, ‘Never take candy from strangers.”’And then they dressed me up and said, ‘Go beg for it.’ I didn’t know what to do.” – Rita Rudner

“Halloween was the best holiday, in my opinion, because it was all about friends, monsters, and candy, rather than family and responsibility.” – Margee Kerr

“The farther we’ve gotten from the magic and mystery of our past, the more we’ve come to need Halloween.” – Paula Curan

“I love Halloween, and I love that feeling: the cold air, the spooky dangers lurking around the corner.” – Evan Peters

“Every day is Halloween, isn’t it? For some of us.” – Tim Burton 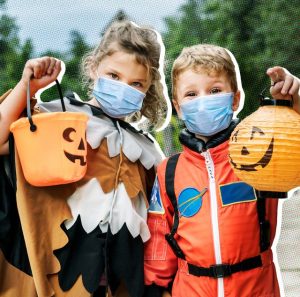